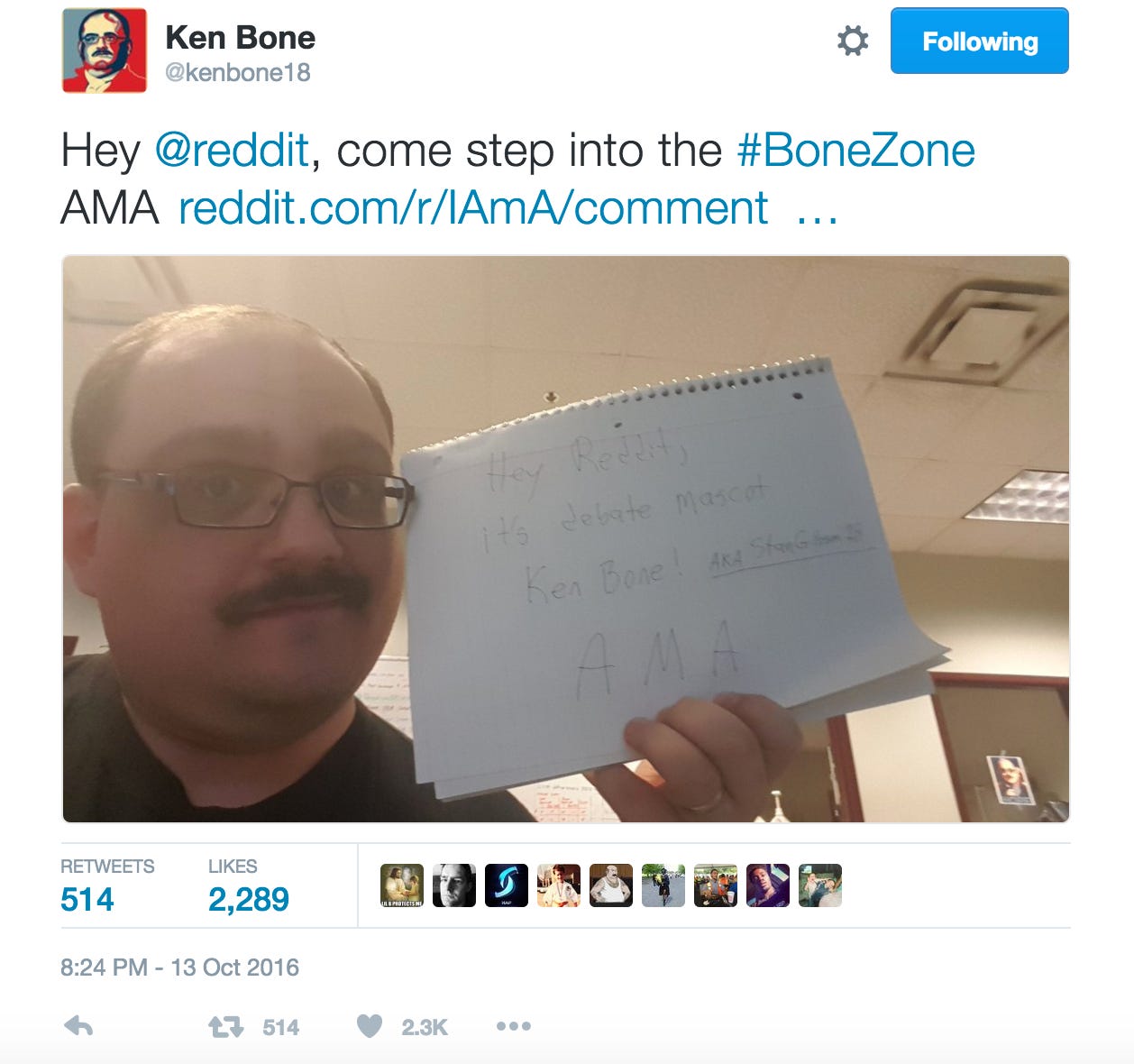 When we first introduced Ken Bone to the world and he was trending on Twitter with 50,000 mentions of his name, this was the single most important tweet about him: 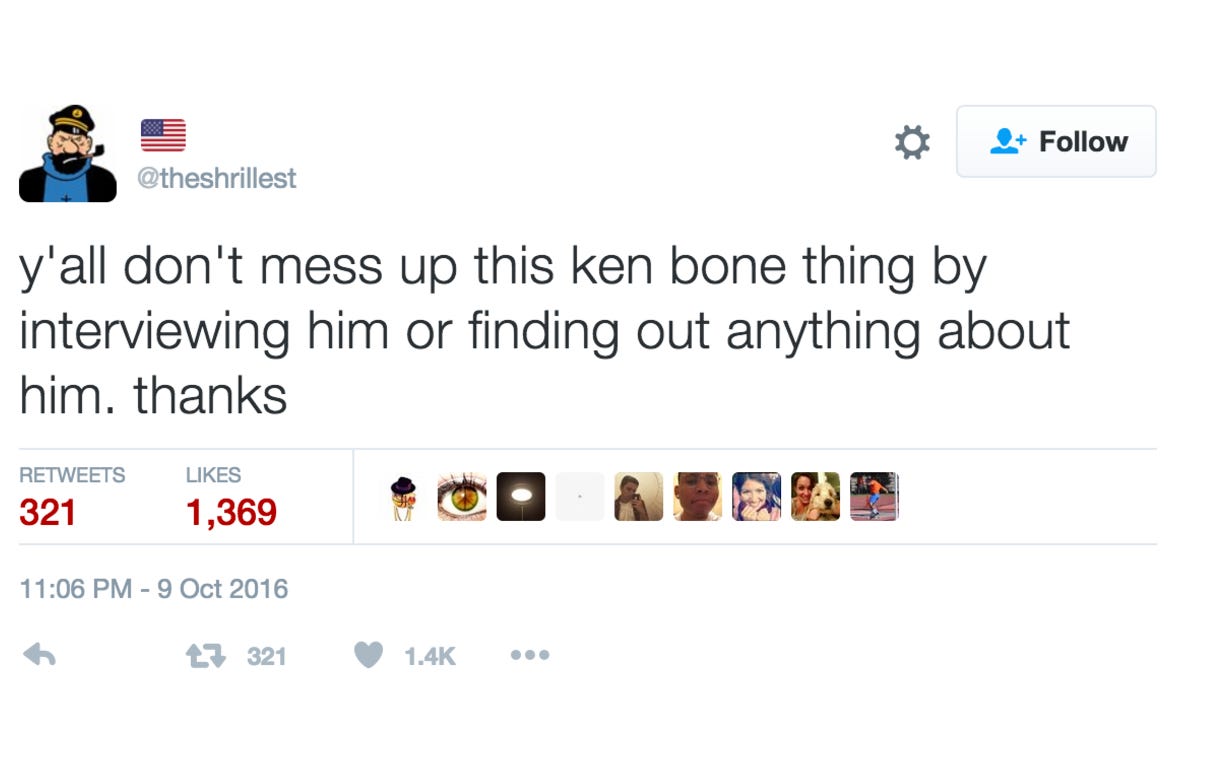 Either way, Ken Bone’s magic carpet ride has come to an end. It was love at first sight, we loved hard and fast, and now its over. An ode to Ken Bone’s flash in the pan on todays Mailtime: