Obviously the biggest story in hockey last night was the Auston Matthews show. But this fan at the Mississauga Steelheads v Guelph Storm blowout is a close 2nd. I mean, just look at that score. You’re up 7-2. It’s a massacre. And coach still won’t put you in? That’s bullshit.

So this fan did what any hero would do in this situation and took matters into his own hands. Figured it would be worth taking the “too many men” penalty for a quick shift of glory. And I’ll tell you what–aside from that opening tumble he took, the guy looked pretty good out there. I mean he did a helluva job breaking out of his own zone. Thought he was smooth and fast through the neutral zone and did what the coach needed him to do in getting deep into the offensive zone. That’s how you keep those possession numbers up. As far as idiots who run out onto the ice go, this dude has to have the best CORSI of the bunch. Good on ya. 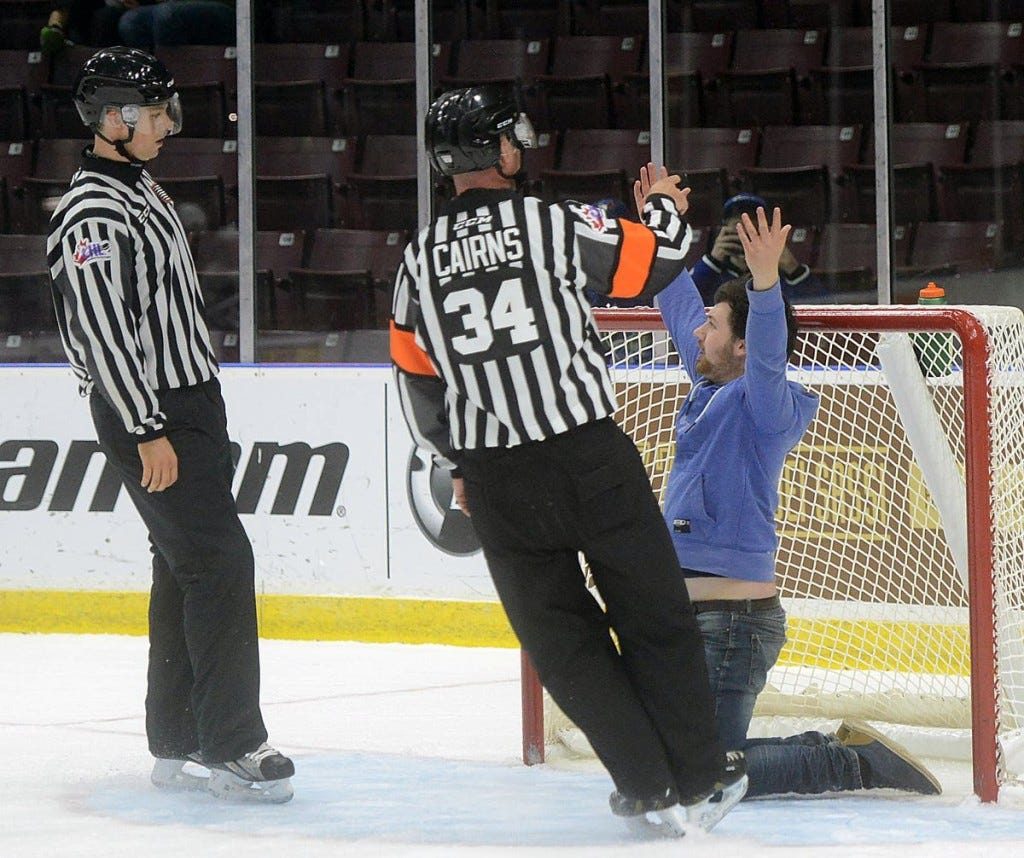