At long last, Nate At Night is here. It all started 2 or so years ago, doing Periscopes late at night during NHL playoff intermissions. Usually drunk, I started doing them more often, culminating in the now infamous Smittycast where I went bananas on him. And now in our multi-million dollar studios, I’ll be doing my first official show tonight at 11:30 (unless the Cubs game is really close and ending soon). The show will be much like the Periscopes but cleaner- it’s basically me and whatever is going through my head, and if you watch today’s Rundown, you’ll know I have quite a bit to say. This isn’t a bullshit show- it’s still me, still my weird brain, but I’ll also be having guests, including tonight. Do I expect show #1 to be the greatest thing in the world? Absolutely not. But I think we can have something cool here, a fun late night show, viewer interaction, and more fun shit. Let’s buckle up and see what we can do.

PS: Logo is sweet, Milmore is the greatest. 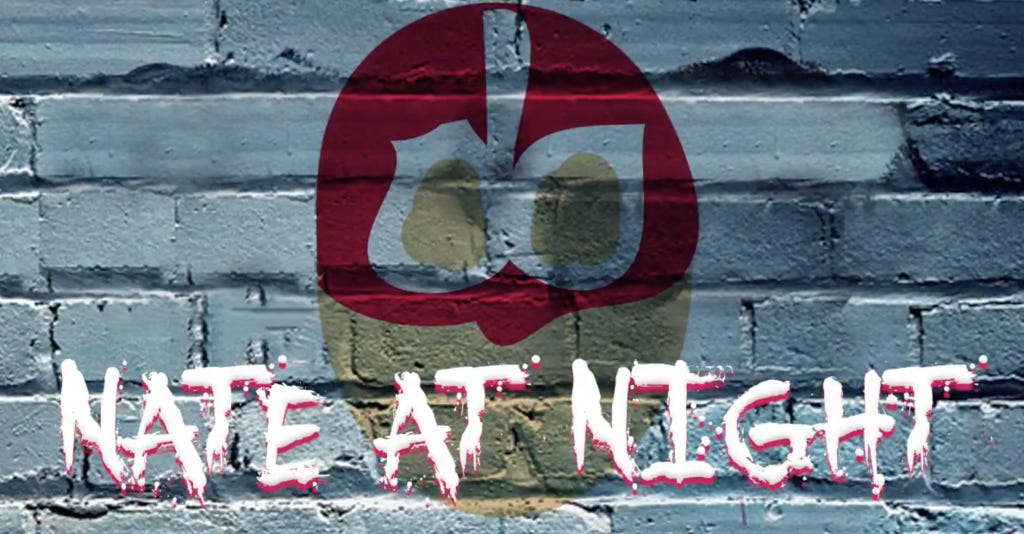