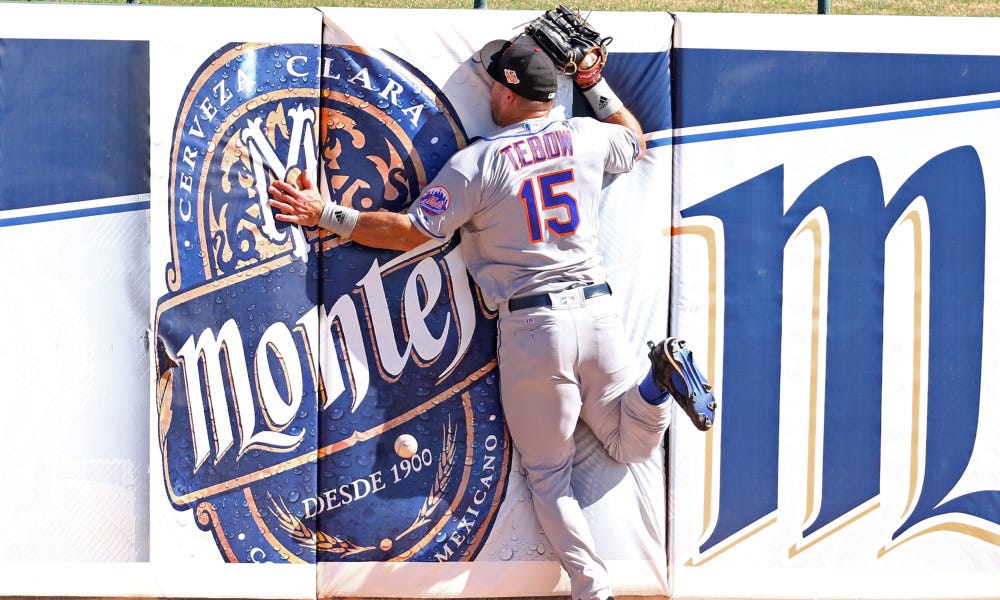 The Arizona Fall League kicked off yesterday and the fact that Tim Tebow is there is a joke. I’m a Tebow guy, and think that if he wants to try and play pro baseball he should be able to. He held his showcase and got offers which is fine, but to subject future major league players to playing with him is comical. Forget about the guy that lost his spot to get more experience because Tebow is taking up a roster spot, let’s focus on the guys that he is bringing down.

The Yankees sent Greg Bird to Arizona to get in shape for next year. He missed all of this season with a shoulder injury and with Tex out of the picture, he looks to be our future first baseman. That makes these games that much more important to get not only his reps in, but to be part of a competitive environment.  With guys like Andujar and Torres on the roster as well, these games are important to their development. A sideshow batting 7th and taking at-bats from Tyler Wade does more harm than good to the organizations who are stuck sharing a Fall roster with the Mets.

If the Mets want to entertain this dream and make some money by selling jerseys, go nuts. Once you’re impacting the rest of the league with a guy that will not earn his way to the Major Leagues (he may make it but won’t earn it) the madness needs to stop. Let him shag fly balls all winter in Port St. Lucie, when he isn’t leaving to work his broadcasting job, but don’t let him get the Mets organizational stink all over real players.

PS: He didn’t save anyone yesterday. This includes his teammates with his 0-3 performance and running into the wall.