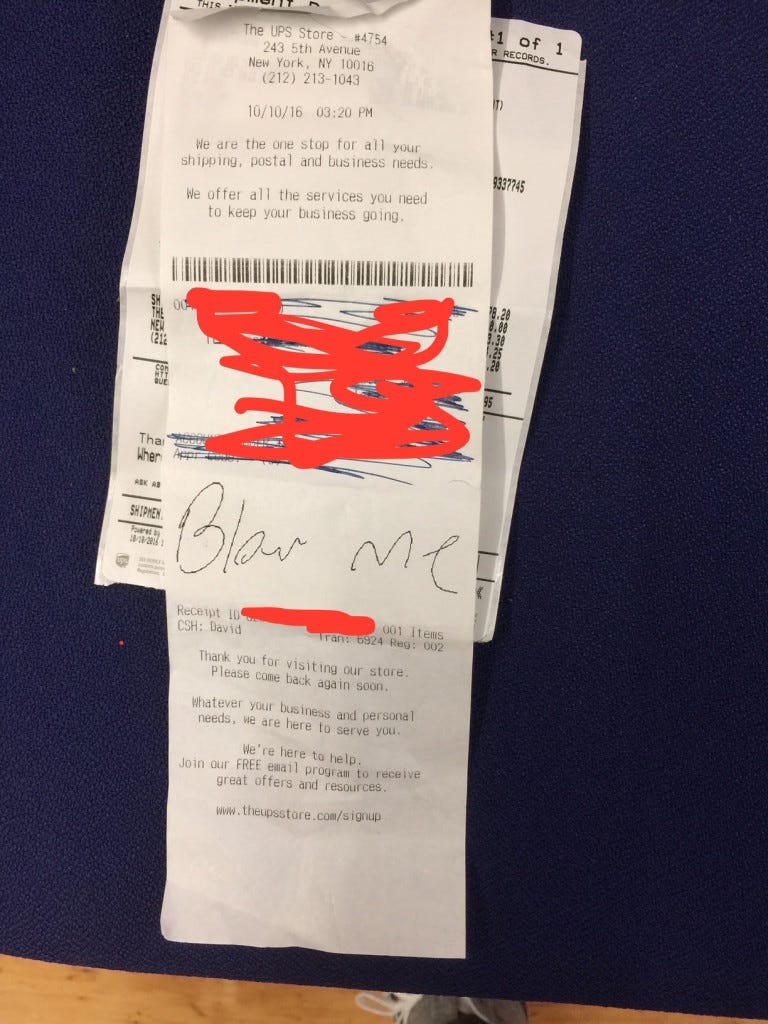 First day back in the office and I’m just catching up on all the “we have a fucking lunatic who is an intern” gossip from yesterday. I watched The Rundown and learned that he inexplicably thinks he’s the best athlete in the office after shooting a basketball 5 feet on a halfcourt shot. I heard him say he’s a great speller and proved it by spelling rhinoceros “rhinosaurus.” While I was laughing at but not with all of that, Office Manager Brett comes over and plops this UPS receipt in front of me. I guess Intern Tex was sent out on an errand yesterday, got in a fight with the guy at the UPS store, and decided this was the best way to express his displeasure about the service. INSANE move. In fact, I’m not even sure insane is the word? Lame? Weird? Childish? Dumb? I don’t even know what word I want to use, I just know my skin has been crawling due to secondhand embarrassment since I saw this fucking thing. That’s some shit I’d write when I was like eight and think I was the funniest, most badass dude in the world. Fucking Tex, man. Absolute wild card and if you cross him you better watch your ass because he will write a very passive aggressive message to you then scurry out the door before you even notice.

PS – How dumb do you have to be to fuck with people in the service industry? If the UPS dude took this package to the back room then lit it on fire and pissed all over it I wouldn’t blame him for a single second.