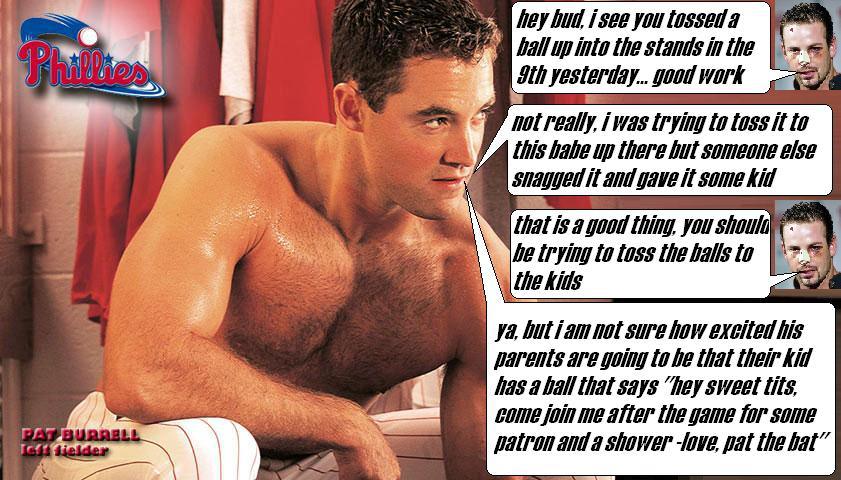 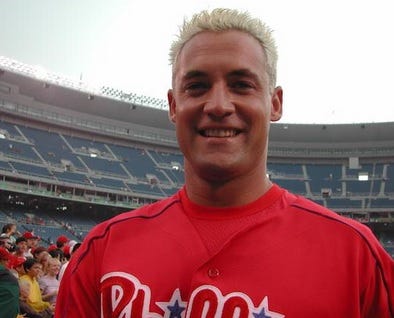 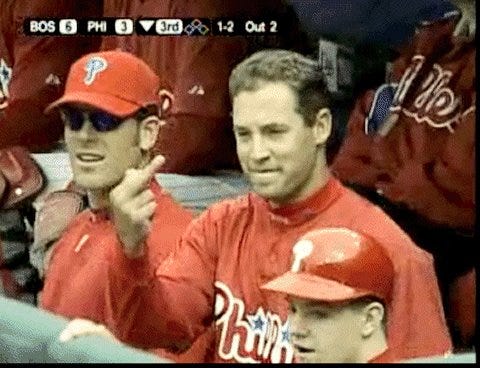 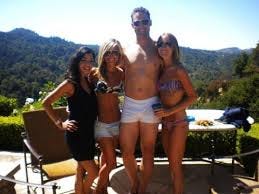 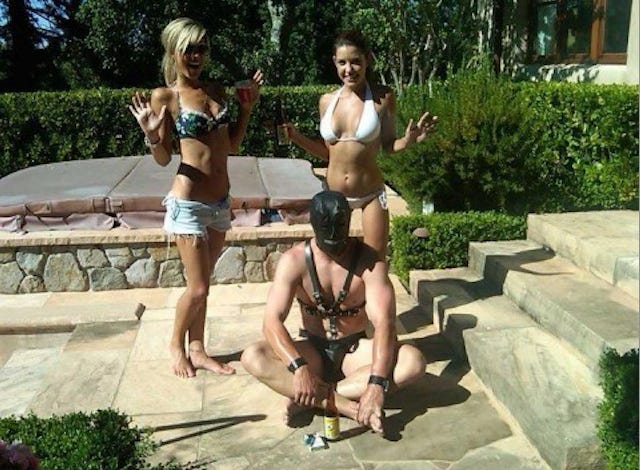 Happy (belated, day late dammit) Birthday to the man, the myth, the living legend, Patrick Brian Burrell. 40. One year for every baby produced, 479 months for every STD conquered, 14,600 days for every member of the Animal Kingdom slayed. The man could probably be still in the show if he devoted more time to his baseball craft instead of the punani, but to each their own. You can’t deny the domination by Pat The Bat on or off the field during his 40-year-run. Here’s to slipping ‘em past the goalie for another 4 decades, Babe.

Now let’s get down to business and revisit Pat The Bat’s 10 Greatest Mythological Legends:

Heard this story third hand from an old roommate. A girl he knows is out in Olde City one night and realizes she is within a few feet of The Bat so she approaches him and after seconds of courting they end up back at her place. I dont know any sex details but they finish the deed and he gets up, put on his clothes and walks to the door to leave. She is curious why he is so fast to leave…..Pat tells her “I’m heading back out, but don’t worry……(turns around single pistol eye wink) You just got fucked by Pat Burrell”.

During the early years of his career, Burrell was spotted having a fun night with friends at 32 Degrees in Olde City. Pat, dressed in an awesomely homoerotic fish net t-shirt with a gold chain around his neck, went up to the bar to order a round of Bud Lights. After receiving a tray with about 10 bottles scattered about, The Babe proceeded to walk away. The bartender catches Pat’s attention by yelling, “Hey man, you have to pay for those beers.” The Bat stops, slowly turns around and said, “Do you know who I am?” The barkeep, confused by the question, replied, “Yeah…you’re Pat Burrell.” Burrell instantly responds back with force, “You are correct. I am Pat Burrell,” and proceeds to walk back to his table without paying for the drinks.

I just saw all the pat Burrell stories and had to share this one. I heard it years ago from one of the older guys from my nieghborhood. They were out downtown at the same bar as pat. They sent him over a few drinks and eventually started bull shitting with him at the bar. While they were talking a girl kept trying to get his attention and pat became annoyed very quickly. Pat eventually had enough and turns to the girl and says let’s take a walk. He walks the girl out front thru revolving doors. Without stoping he leaves her on the side walk and revolves right back into the bar like it never happened.

7. Pat The Bat Washing Up

6.  Reader Email: Pat The Bat And Sloppy Seconds
So basically pat used to date heather mitts whose now married to AJ Feeley. When they were all in Philly, Feeley saw Pat at a bar and went up to him and praised his career and the Phil’s. Pat started off cordial giving him the same bs back about the eagles. But before he walked away he left him with this “one more question… How’s my dick taste?” What a legend.

5.  Reader Email: Pat The Bat And The Morning After
Not sure if you heard this one before but supposedly my buddys cousin took Pat the bat back to her place home from the bar. She woke up early in the morning to go to work so she left her number and a pop tart on the counter. When she got home she saw that the pop tart was gone but her number was still there. Pats a legend.

4. Reader Email: Pat The Bat Out With Friends
This one is a first hand telling of the story so I believe it to be totally true. Pat was out with Chase Utley around the time when Chase first got called up. The two were sitting at a bar in Philly, Chase having some sort of mixed drink and Pat drinking a beer out of a Big Gulp cup. He was just leaning over the bar and pouring beers for himself. They leave and go elsewhere. My friend leaves with his buddy and goes to the next bar where Pat and Chase are also at. Two girls were pestering the ball players so Pat threw his drink into one girls face and Chase’s into the others. The girls were thrown out and our hero’s were brought a fresh couple of drinks.

3. Pat The Bat And His Fans

The Fightins’ are on the road, and Pat brings a young lady back to his room. At some point, Pat decides to turn her over and put it in her ass. As he’s plowing her, he begins to scream, “Is your pussy jealous? Is your pussy jealous? Cause Pat Burrell is fucking you in the ass!” Always the charmer.

1. Pat The Bat Getting It In

In Pat We Bat.