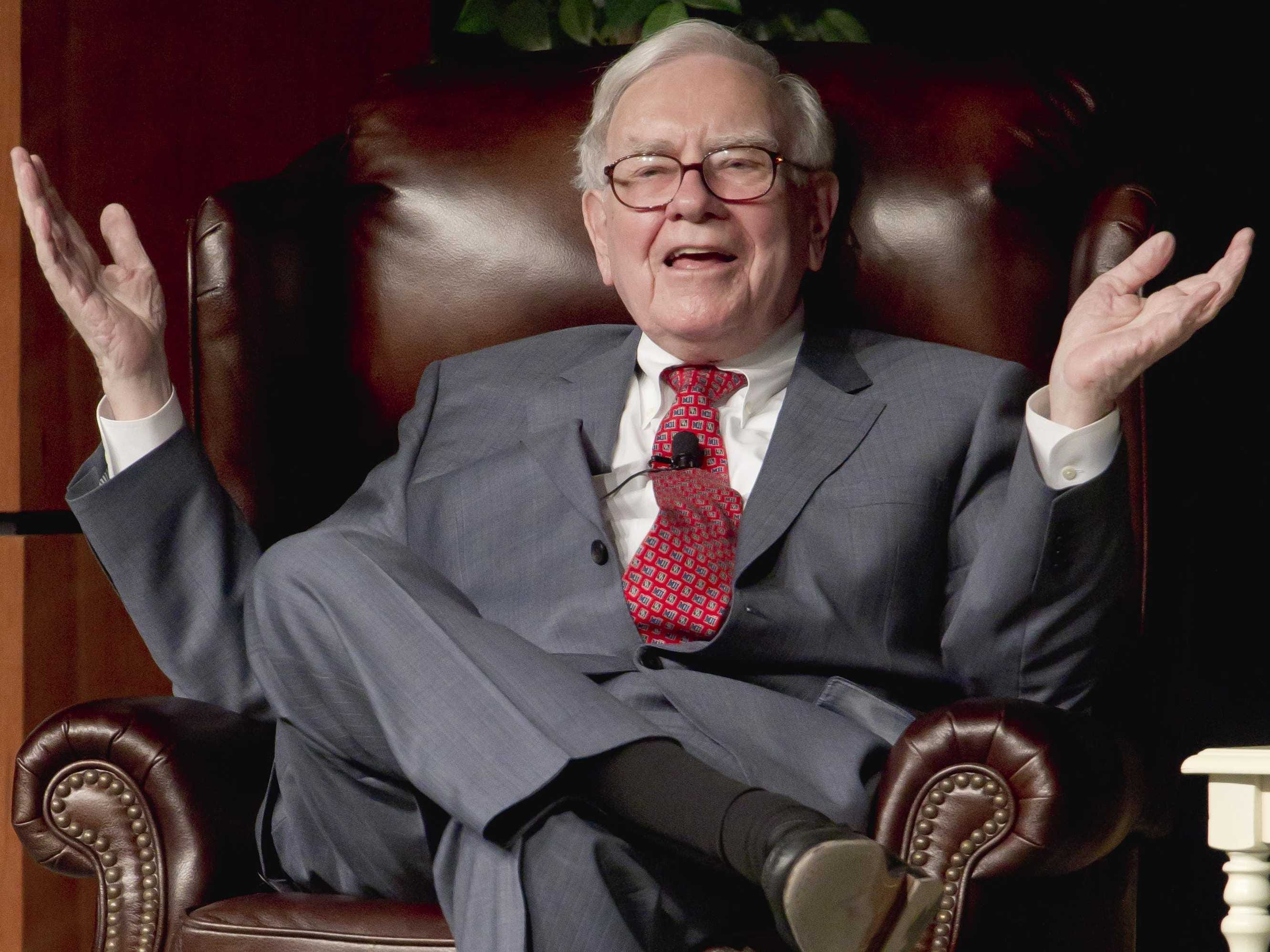 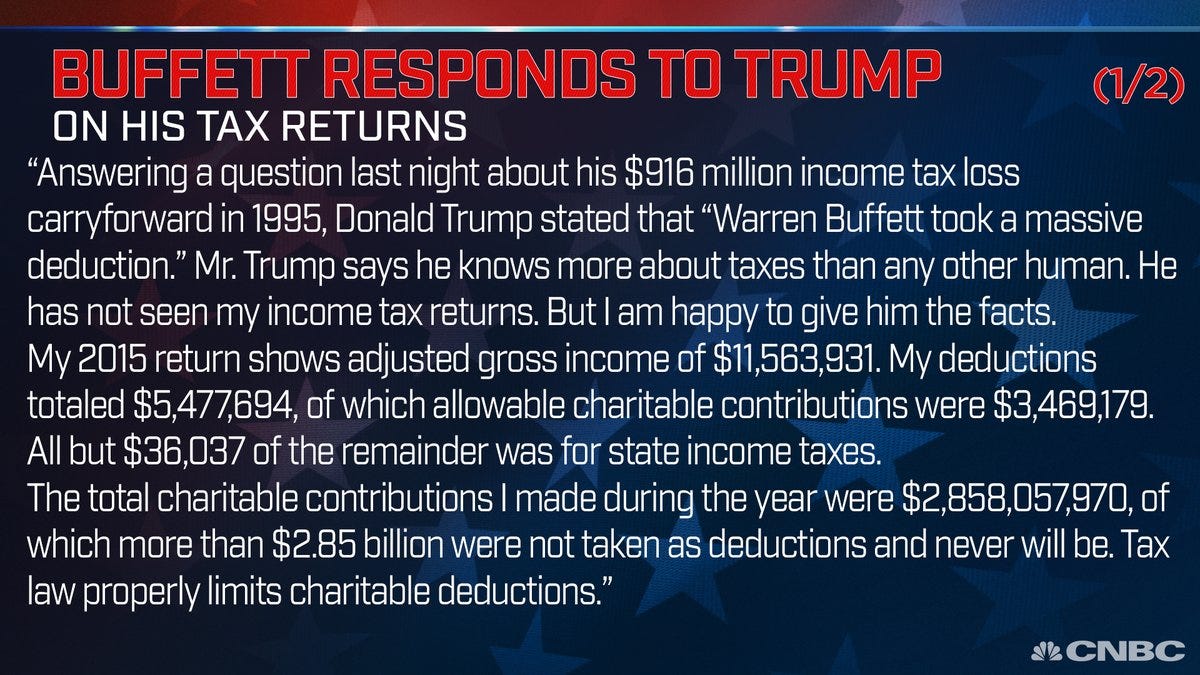 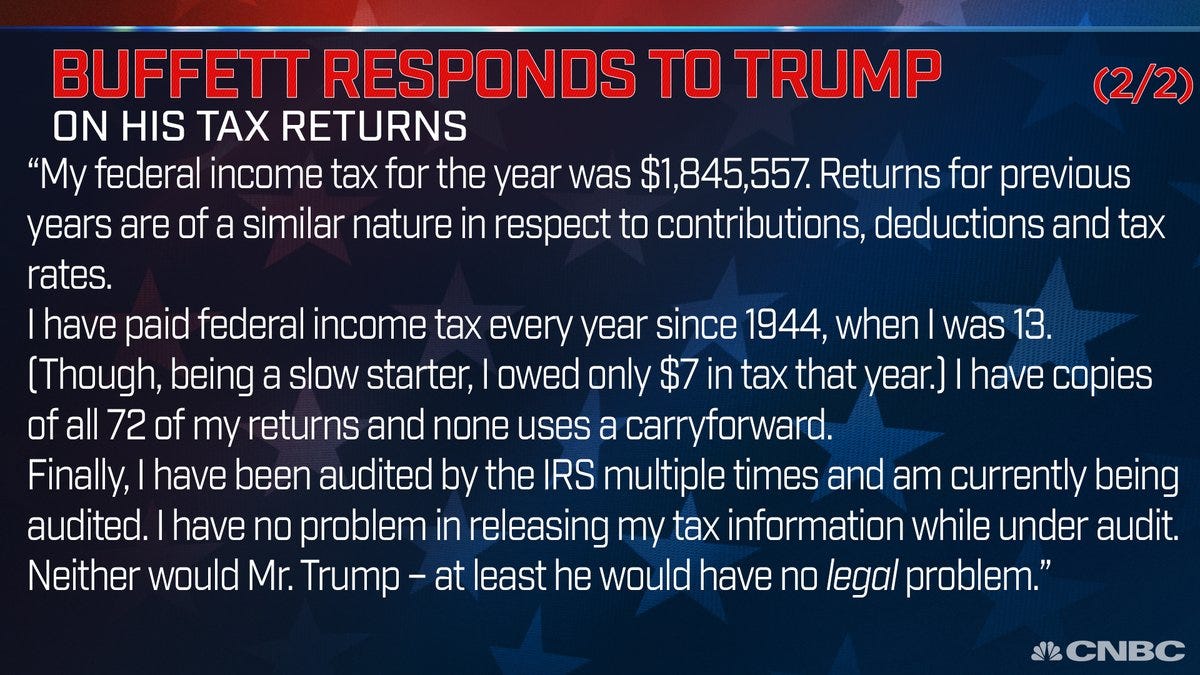 Being Warren Buffett must be incredible. Rich as hell and just stunts on someone nearly everytime he talks.

Meanwhile, I think I’m stunting on my haterz because I loaded up on some sparkling waters from Costco. I fucking love them shits. Delicious and refreshing. I’m a basic bitch through and through.

I bet Warren has sparkling drinks that I’ve never even heard of. Probably so many different flavors that I’m too poor for. In my face so fucking hard.

Donald clearly made a mistake in saying Warren Buffett’s name in the attempt to justify his own actions of not paying income taxes for years. If you come at the king, you best not miss.

Side note: if anyone in the world has orchestrated a real life Trading Places it’s Warren Buffett right? Gotta be.