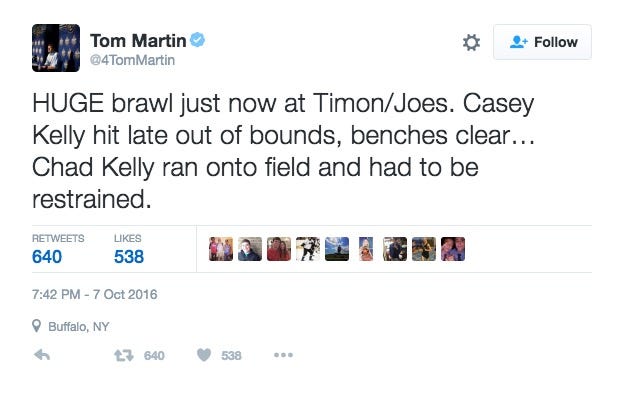 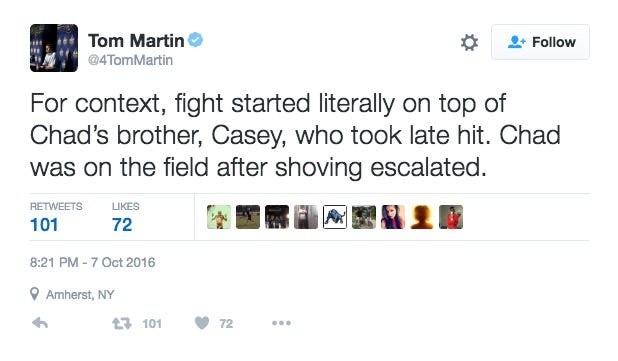 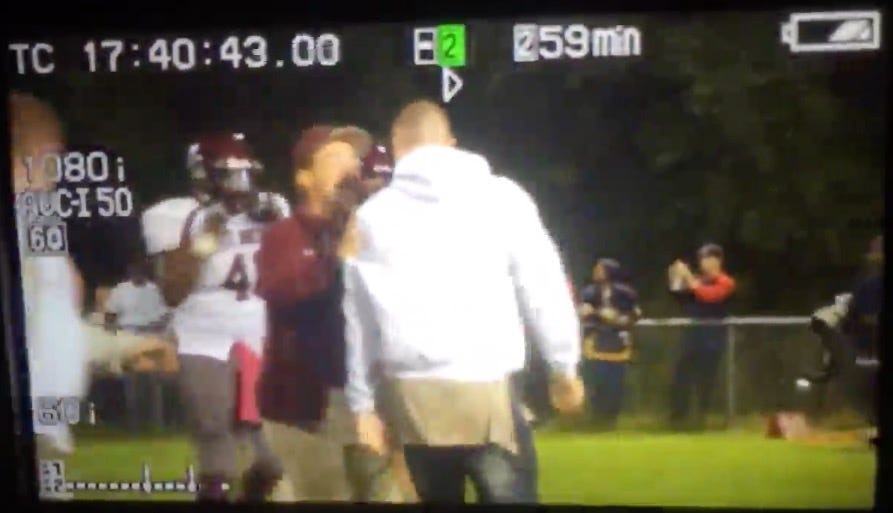 The brawl happened during a game between Casey Kelly’s team, St. Joseph’s Collegiate Institute, and Bishop Timon-St. Jude High School. Buffalo police suspended the game. There have been no reports of arrests.

Ole Miss coach Hugh Freeze told The Associated Press that he talked with Chad Kelly, a Buffalo native, by phone after the game and said the quarterback was back at home with his parents. The Rebels are off this week and don’t play again until Oct. 15 at Arkansas.

“From the version I’ve heard, he didn’t do anything to anybody. They were pulling him back because he gets emotional,” Freeze said. “I probably would too if that were my family.”

Damn, everybody giving Chad Kelly a bunch of shit for running on the field to protect his little brother from getting his head stomped on.

Guess nobody else cares about their family? Just like to sit around with their thumbs up their ass while this is happening to their siblings:

Casey Kelly’s teammates saw the hit, and the brawl ensued. According to Charlene Kelly, Chad Kelly ran onto the field to make sure his brother was OK. Video shows Chad Kelly being restrained by several coaches.

Excuse Chad for getting emotional. Kind of what I like to see from the leaders of my SEC football teams but maybe that’s just me.

But I don’t really see the problem with losing your mind a little bit when you see your brother getting demolished.

Plus Last Chance U fixed all that for him.