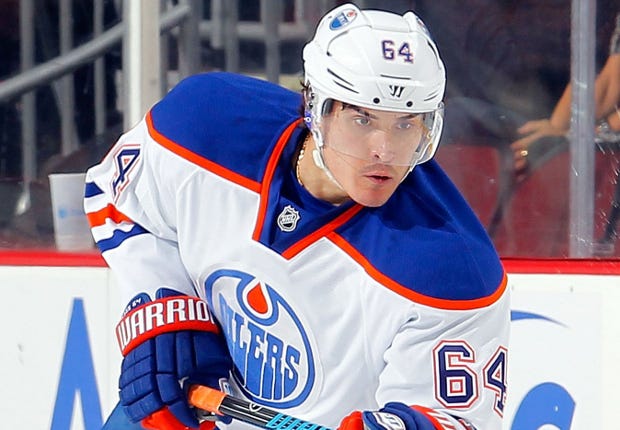 Yesterday was a little bit chaotic with all of the rumors flying about the Blackhawks and Oilers working on a move for Nail Yakupov. Is he coming? What’s the price tag? TVR? Pokka? McNeill? Will Edmonton be retaining some of Yakupov’s $2.5mm cap hit? A lot of questions still out there. Another question that needs to be answered: Is Yakupov even worth getting?

Some in the local media rushed to offer their opinion…

This is a grossly over-simplified take on Yakupov. Look, as a former first overall pick it is totally fair to label Yakupov as a bust. He has been. Yakupov is the type of Russian that gives Russian hockey players a bad name. When you draft a guy in the top 5 you expect him to be a franchise altering type player. Yakupov hasn’t been that (unless you count him being so bad that the Oilers were able to pick McDavid first overall a few years later). However, to say simply “he isn’t all that good” isn’t accurate either.

Yakupov was drafted first overall for a reason. It’s because he’s big, he’s fast, and has tremendous offensive ability. America is all about second chances, even if Yakupov himself doesn’t know that. It’s not ridiculous to suggest that in the right system, with less pressure, and with a strong support system, Yakupov could turn into the player people thought he would be as an 18 year-old. He’s a Tin Man-Scare Crow hybrid. All he needs is a new heart and a new brain. Everything else is there for him. And…he’s 23 years-old. He could still mature mentally, physically, and emotionally if given the chance.

Maybe Yakupov is destined for the KHL where he will be free to just wheel around without a care in the world. He can meet his defensemen at the team Christmas party, score a ton of goals, and swim in rubles. Or maybe he will become that cocky, irreverant, talented kid that we all saw at the World Juniors. The kid who blocked shots, made plays, and spit in Canada’s eye ball after Russia got the win.

Based on the information I got yesterday, it seemed like a trade was going to happen. Now, I’m not so sure. What I am sure of…Yakupov is worth the gamble. It’s not very often you can get a player THIS talented at such a low cost. If it’s Pokka, McNeill, Kero, or anyone not named Motte/Forsling/Schmaltz/Hinostroza then pull the trigger. Put him on a line with another Russian and hope he lights it up in a contract year. If he can’t turn it around, then so be it. Put him on waivers and send his ass to Rockford/Saint Petersburg.