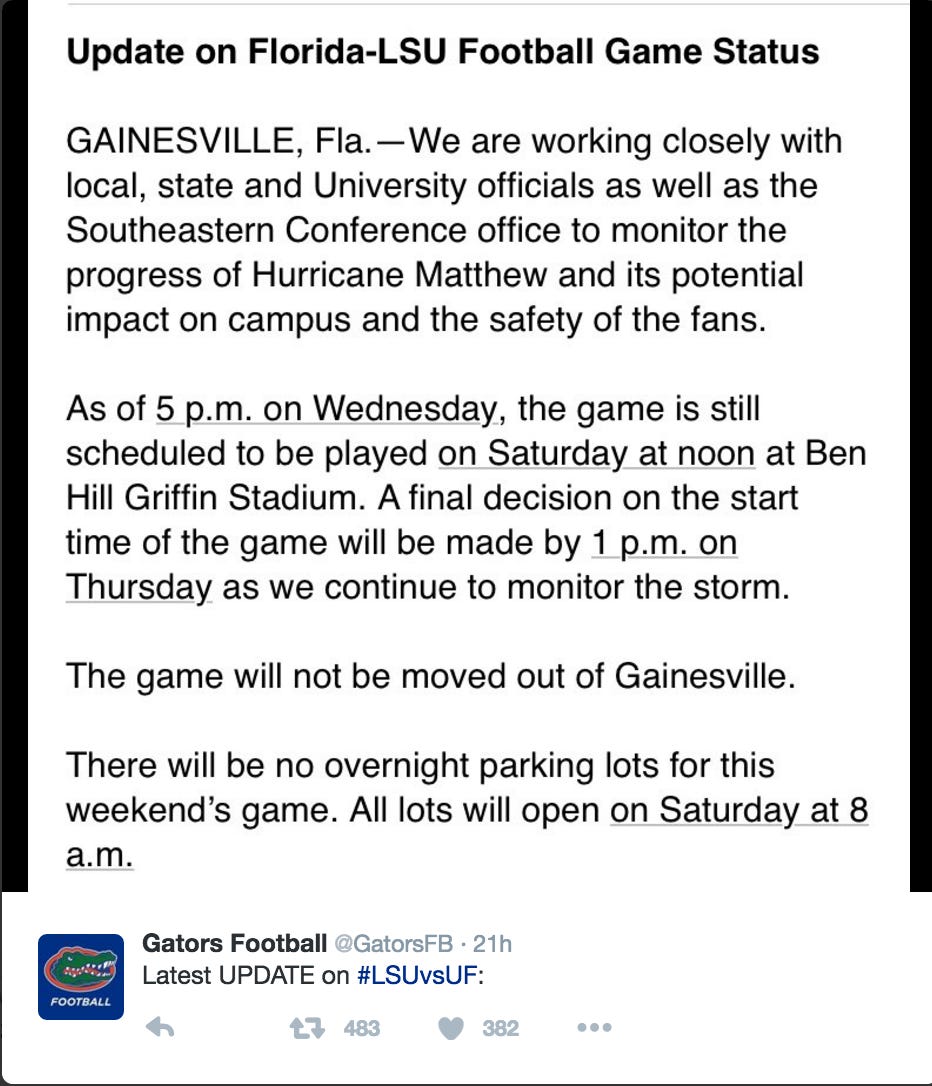 The Advocate – The menacing approach of Hurricane Matthew is forcing evacuations from Florida to the Carolinas.

Apparently, though, that won’t include the LSU-Florida game.

LSU’s annual meeting against Florida will not be moved to Baton Rouge or a neutral site, UF confirmed Wednesday afternoon, though the game time could shift to Saturday evening, LSU president F. King Alexander told The Advocate.

Hurricane Matthew is barreling through The Bahamas and is projected to scrape along Florida’s Atlantic coast. But Gators officials were adamant against moving the game, Alexander said, a position Florida made clear with a statement Wednesday afternoon:

“The game will not be moved out of Gainesville.”

Hmmm, Hurricane Matthew, is that bad? 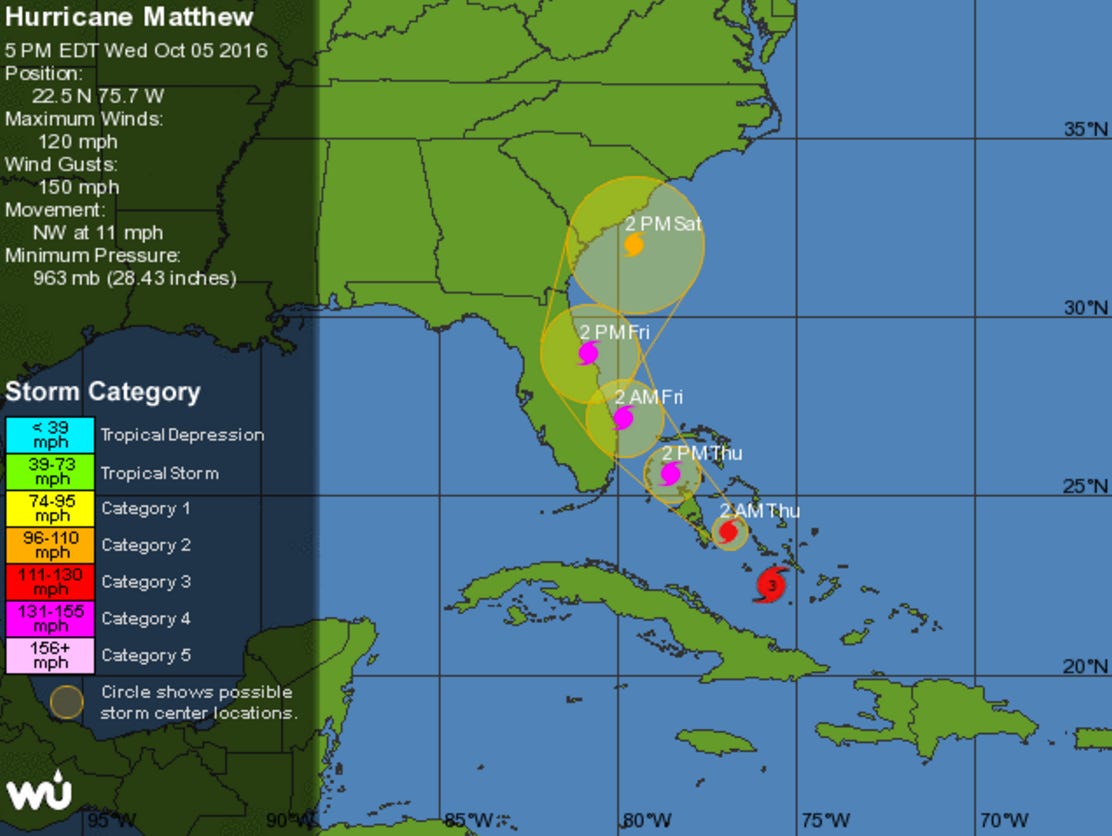 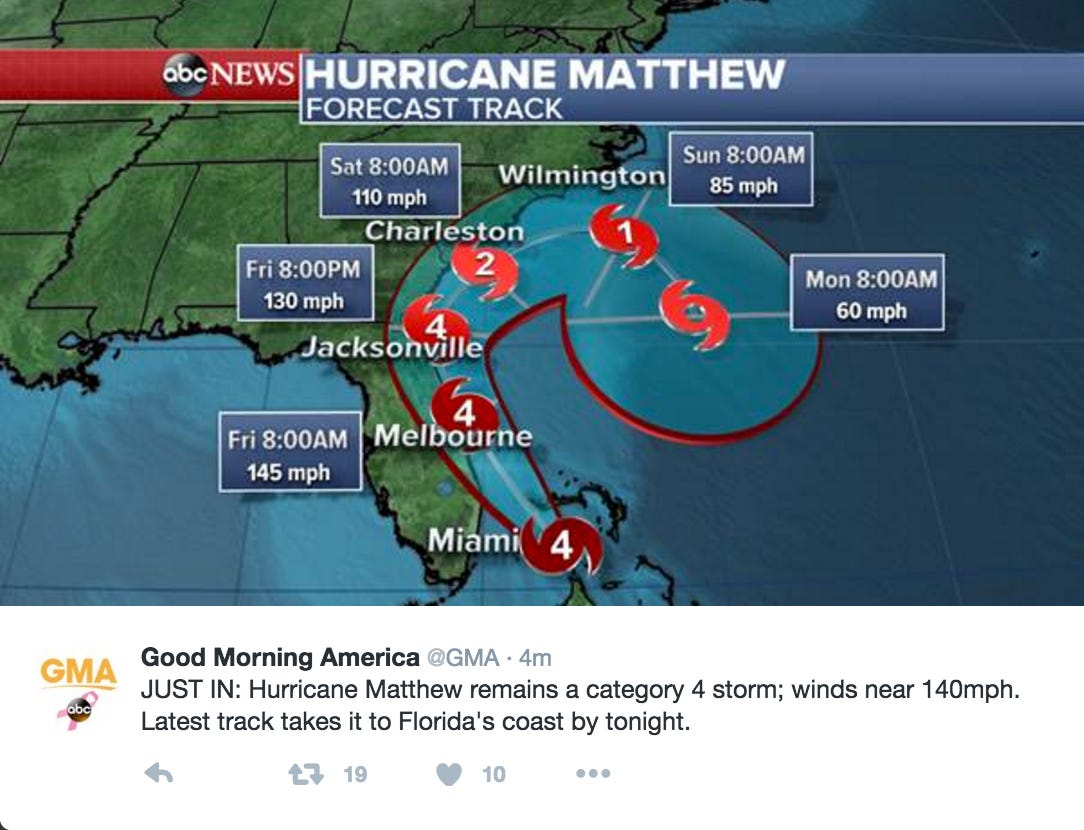 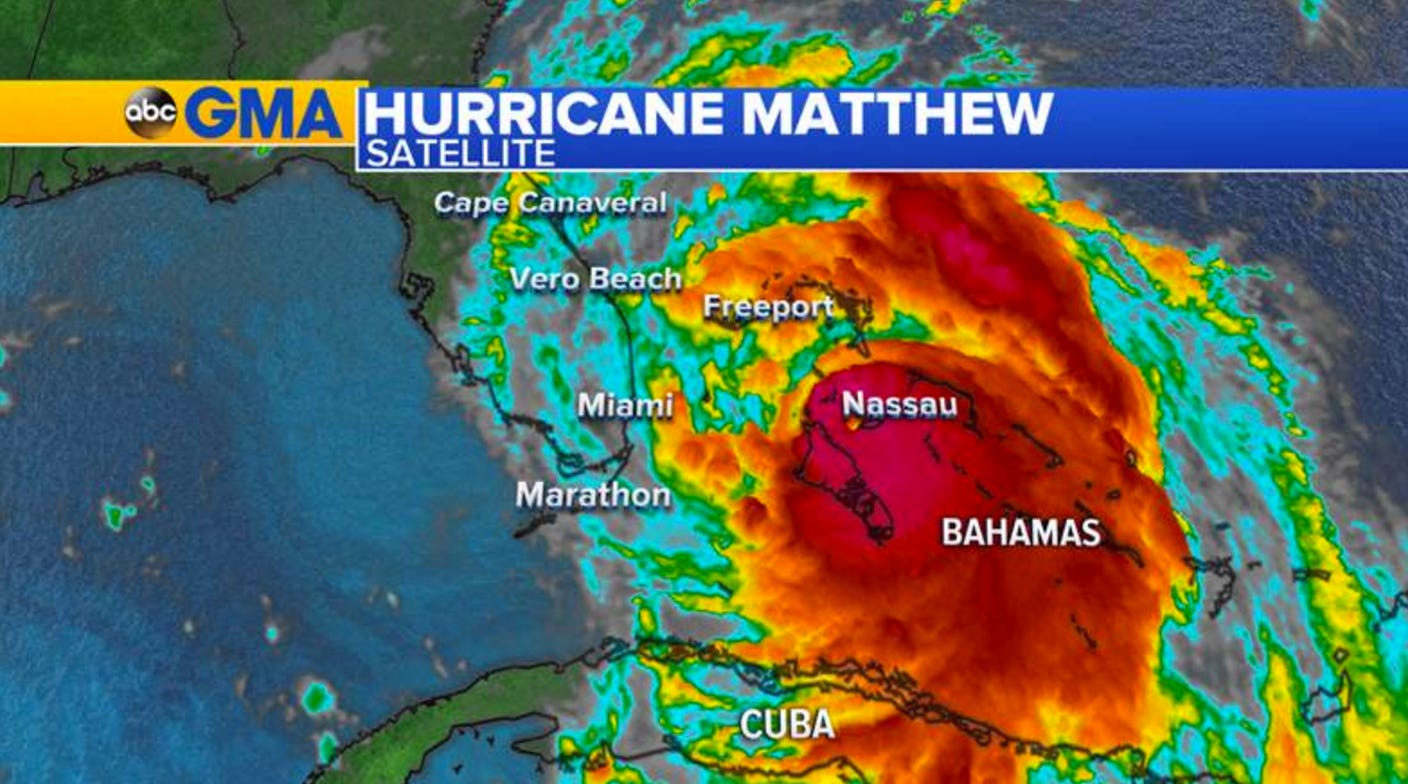 State of emergency. Disney shut down. SeaWorld shut down. 108 dead in Haiti. Category 4. 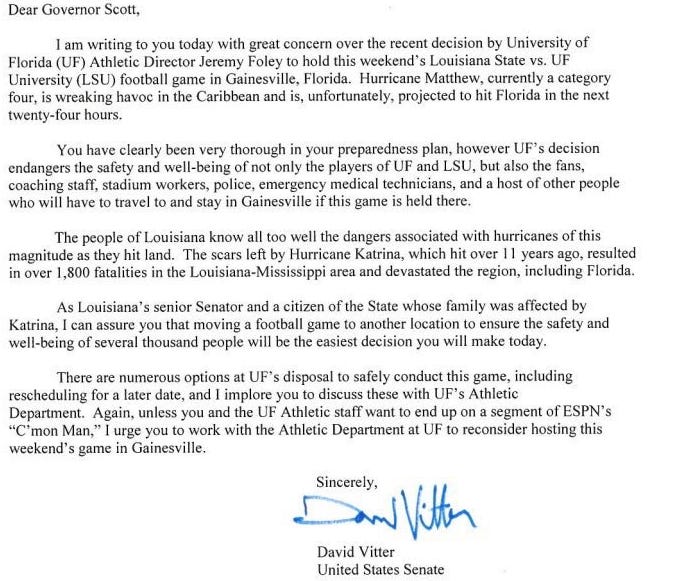 Pressure is picking up now so look for this thing to be moved or cancelled soon, with my luck probably even before this scheduled post goes up.