‘I don’t even think she’s loyal to Bill – why should she be?': Trump comments on Hillary https://t.co/pAu3rk1IUP

And Rudy, god bless his soul, out there battling just as hard. 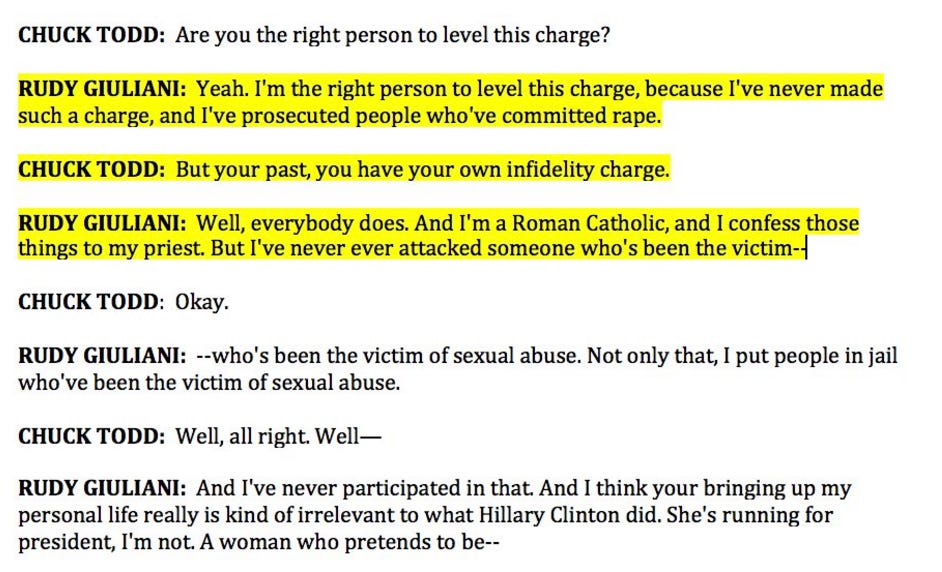 And weighing in on other things.

Top Trump adviser Giuliani: “Don’t you think a man who has this kind of economic genius is a lot better for the United States than a woman?” pic.twitter.com/ueUgkFGXXV

Laugh out loud funny statement. Describes the election as a man with economic genius versus just “a woman.” Excellent quote. Rudy has proven time and again during this campaign that he’s losing it, that he’s fading, that he’s permanently out to lunch. I don’t think he really meant to say plainly, don’t you think a man is better than a woman, but who knows. We’ll never know. That’s sure how it came out. Not a ton of evidence helping him out when he followed it up by saying the only thing she’s ever produced is a lot of work for the FBI checking out her emails.

In my opinion, Trump has found himself awkwardly in the middle of the two different types of candidate he could possibly be in this general election. There’s primary Donald, who dominated the lane of outsider by insulting his opponents and being as controversial as possible to own free media. He painted himself as the anti-political candidate positioned perfectly to uproot the system and bring dramatic change and alternative to the wildly unpopular Capitol Hill. His crude manner simply fortified his image as “different,” as the opposite of the traditional politician.

Since the general election began, however, he’s been less committed to that character. To that image. To that schtick. Everybody moves to the middle in the general, I get that. But sometimes he’s wild, throwing completely unfounded rumors about Hillary’s loyalty to Bill against the wall and hoping it sticks. Other times he’s buttoned up Donald, not referring to Clinton as “Crooked Hillary” in his convention speech and refusing to mention Bill’s infidelity scandals in the debates (only to bring it up after). To me, that’s an unsure, confused, timid candidate not entirely positive which version of himself is most desirable to the electorate. It’s like he’s been freewheeling, but now that he’s realized he could actually could win this thing, he’s pretzeled himself.

And people are noticing. 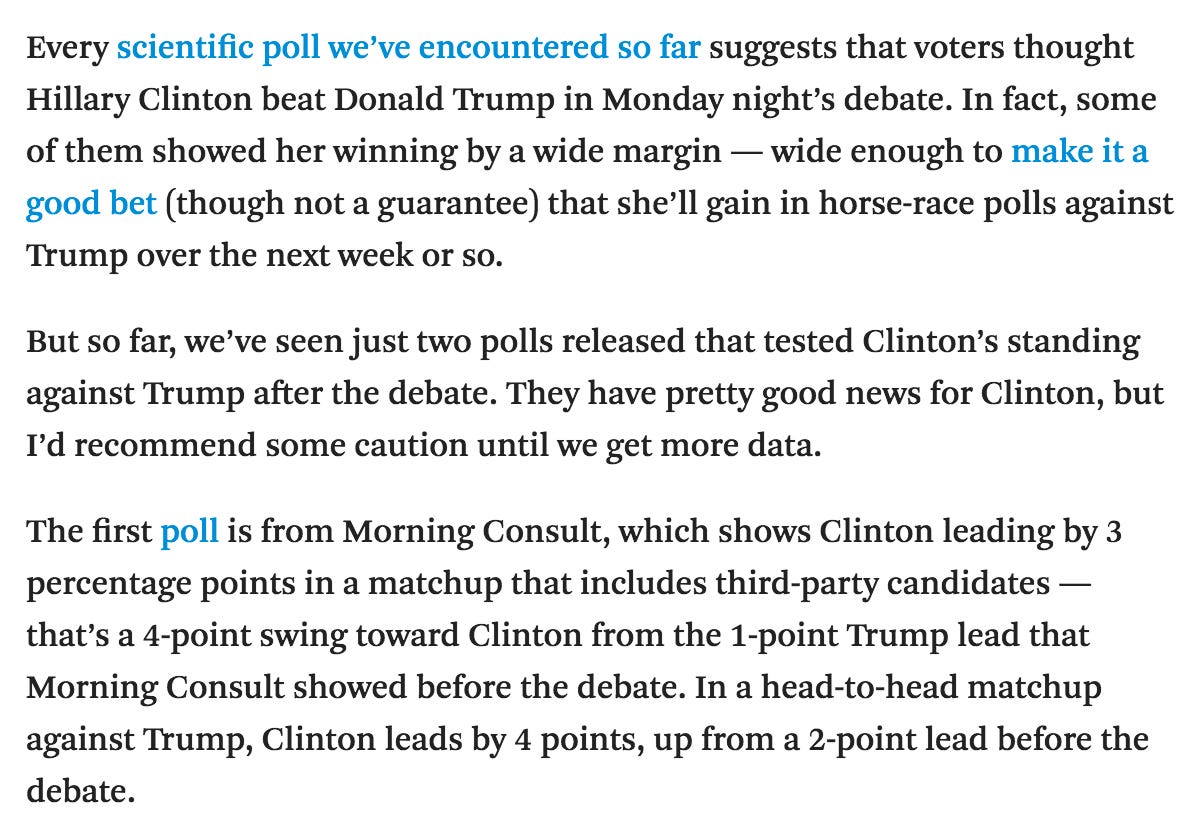 Which one is better? Who does he need to be? I don’t think anybody really knows. His campaign has been such an enigma, it’s impossible to say. The only thing I can confidently confirm is that the better version for the blog life is the above version — a mud-slinging Trump willing to get as nasty, ruthless, and absurd as possible to draw attention to himself. This has worked more than it hasn’t in this election cycle, and he may just resort to that for the final month.

The crazy thing is that there’s a very real possibility that that Trump is not just the best thing for the blog, but also for his chances to win. What a year it’s been. The VP debate is tomorrow night, and we’ve still got 2 more Trump/Hillary debates. Still plenty of material to make or break this election.