To steal a phrase from a highly successful podcast FOR MEN, “just chill out man”.

I’m sure there are plenty of people out there who are immediately going to write this off as a Hardo move. And to an extent, sure, it is. Is it a bit overboard? Maybe. But I’m not going to come out and hate on it right away because it’s still far too early to tell how I feel right now. If you show up to weigh-ins as the Hulk and then go out there the next night and bash your opponents brains into a brain soup, then by all means go ahead and Hulk out all you want, brother. But that’s the thing. This dude Ion Cutelaba has essentially placed his entire career on this weigh-in. Because the way the universe works, everything is pointing towards this dude showing up as the Hulk and then getting knocked out in the 1st round once they actually get in the ring. You either win this fight and enjoy the 15 minutes of fame. Or you lose and become a laughing stock. There is no in between. So I respect the balls to just go for it like that. But he better damn well be positive he’s not going to take a kick to the face and wake up as an internet meme the next morning.

P.S. – still only the #2 Green Man in the power rankings for what it’s worth. 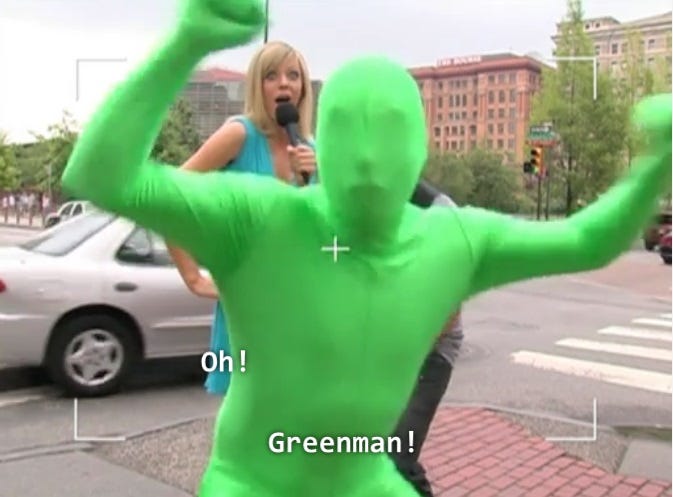