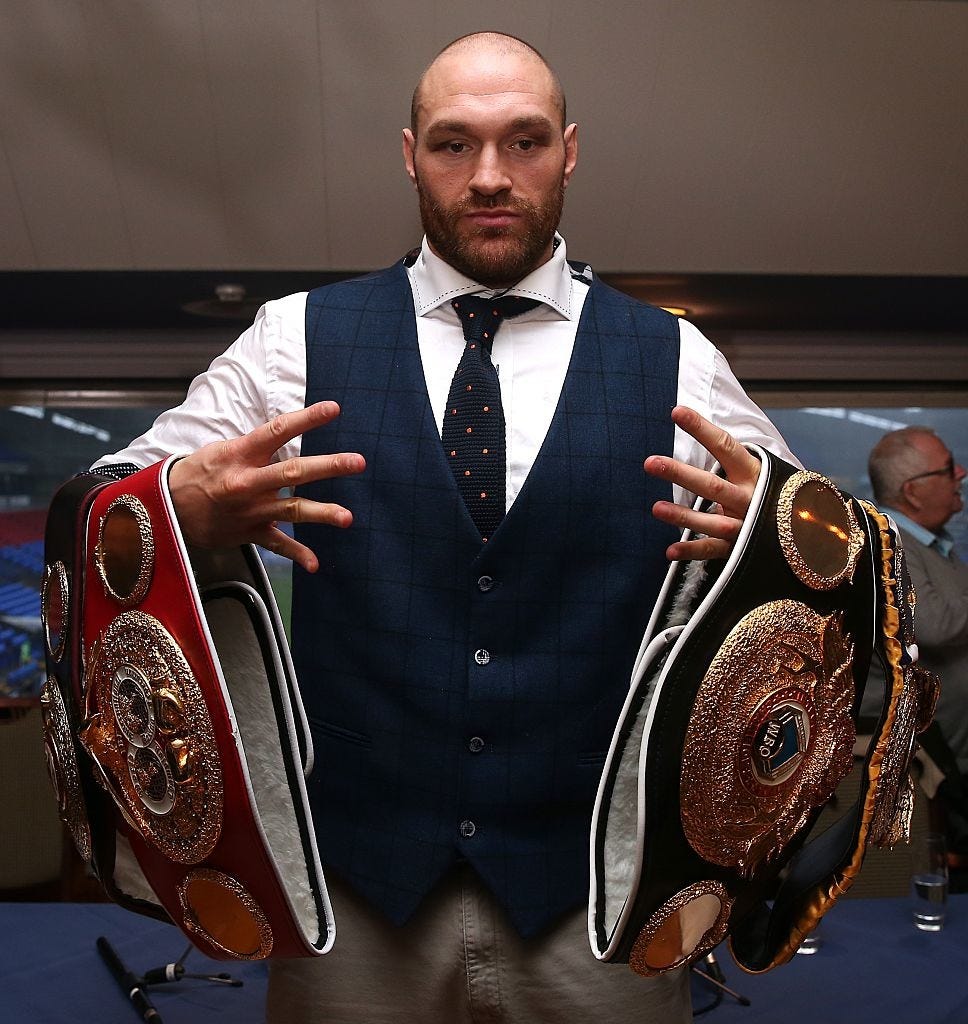 ESPN- Heavyweight world champion Tyson Fury, who pulled out of an Oct. 29 rematch with former champion Wladimir Klitschko last week for unspecified reasons, has been notified that he tested positive for cocaine. Klitschko and Fury agreed to have drug testing for their rematch overseen by the Las Vegas-based Voluntary Anti-Doping Association (VADA).

England’s Fury submitted to a random urine test on Sept. 22 in Lancaster, England, and the results came back positive for the substance benzoylecgonine, the central compound found in cocaine and the marker for a positive test for the banned substance. In a letter from VADA president Dr. Margaret Goodman sent to representatives for Fury, Klitschko, the British Boxing Board of Control and the United States’ Association of Boxing Commissions on Thursday night, a copy of which was obtained by ESPN.com, she wrote, “This letter is to advise you that the ‘A’ sample urine specimen number 4006253 collected from Tyson Fury on September 22, 2016 in Lancaster, England through his participation in the Voluntary Anti-Doping Association (VADA) program has been analyzed for anabolic agents, diuretics, beta-2 agonists, stimulants and drugs of abuse. The results of the analysis are as follows: Adverse. Urine specimen contains benzoylecgonine.

When Fury withdrew from the Klitschko fight last Friday, Hennessy announced that it was because Fury had been “declared medically unfit to fight. Medical specialists have advised that the condition is too severe to allow him to participate in the rematch and that he will require treatment before going back into the ring.” “Tyson will now immediately undergo the treatment he needs to make a full recovery,” Hennessy said. “We and Tyson wish to express our sincerest apologies to all those concerned with the event and all the boxing fans who had been looking forward to the rematch. Tyson is understandably devastated by the development.”

Listen, I’m not a coke guy. Never would touch the stuff, even though I’m pretty sure it would help boost my energy and lower my weight. But as a Mets fan, I know more than most that there are just too many negatives with cocaine to make it all worthwhile.

What I don’t understand is why boxers would have cocaine on their list of banned substances. I would imagine it goes against whatever training they are doing for the fight, unless you wanted to get some coke muscles immediately before you got into the ring with either of those Ukranian bears known as the Klitschkos.

Then again, if you didn’t want to get pounded into bolivian by Wladimir, you could definitely go on a huge coke binge and postpone the fight as you were “undergoing treatment”. If so, this is a brilliant P.R. move by Fury and his people while Klitschko has to stew in anger as he waits to exact his revenge. Win-win.

P.S. I think most people were suspicious of Tyson Fury dabbling in illegal substances after his rousing rendition of “I Don’t Wanna Miss A Thing” following his victory over Klitschko.