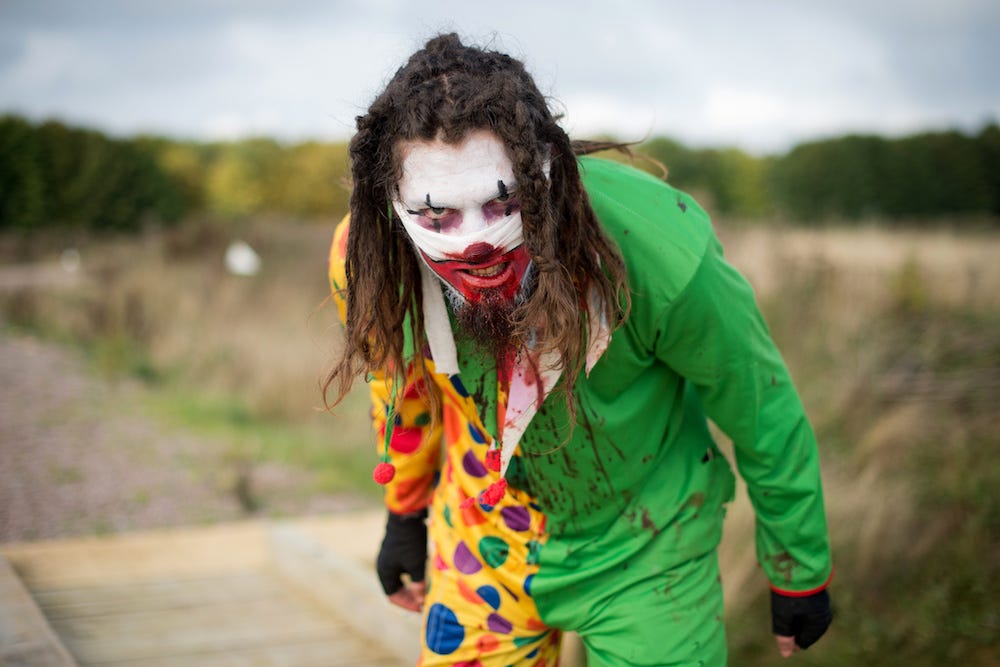 NY Daily News- They’re finally here. After weeks of creepy clown sightings across the country, the freaky phenomenon appears to finally have made it to the Empire State. At least two people filed police reports after spotting a clown lurking around Clifton Park, a suburban town outside Albany, ABC 10 reported.

A woman who only identified herself as Alyssa told the local TV station she saw a “creepy clown” outside the laundry room of her apartment complex early Tuesday. “It was just really creepy. Like he was just standing there in the middle of the street and so I was freaked out because of everything that was happening in the south,” she said. “I feel like somebody is going to end up getting hurt. I just don’t think it’s necessary. I don’t think it’s funny.”

Another person at the same apartment complex said she also spotted the clown and snapped a picture, which she turned over to police. Local cops said no crimes appeared to have been committed as of Wednesday, but officers are monitoring the reported areas closely.

Alright I have had about enough of these weirdos dressing up as clowns all across the country. We had one in Green Bay and then in Alabama and a bunch others scattered around the South. But now these sick fucks have made their way to my state. Not far from my beloved Siena College. It’s officially an epidemic of scary clowns.

There is nothing alright about ever dressing up as a creepy clown. Even if its for Halloween and you work in one of those crazy ass haunted houses. You put a scary clown face on, you are automatically arrested under the pretense of pre-crime. That simple.

The fact these clown nutbags were living in the south and didn’t get a shotgun to the face is an all-time upset. But since these clowns are hanging out near Albany, I need the big wigs in our State’s capital to pass the law that if you are found wearing or even in possession of a crazy clown mask, you are thrown in the clink. And I imagine the people in jail do not take kindly to weirdos that have clown masks. You run on a “I promise no more crazy clown fucks will be in our state under my watch” platform, you will be money come election time in November. Something to think about for all the politicians in the Capital Region. And if we are being honest, Trump and Hillary should address how they are going to handle this outbreak of creepy dickhead clowns.

UPDATE: There are reports that clowns were spotted on Long Island. The fight is coming to our door step! 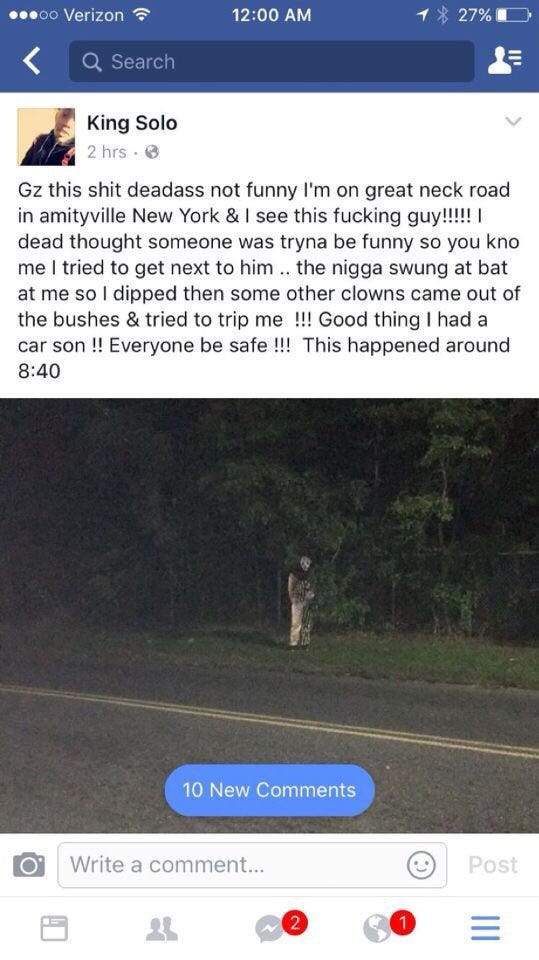