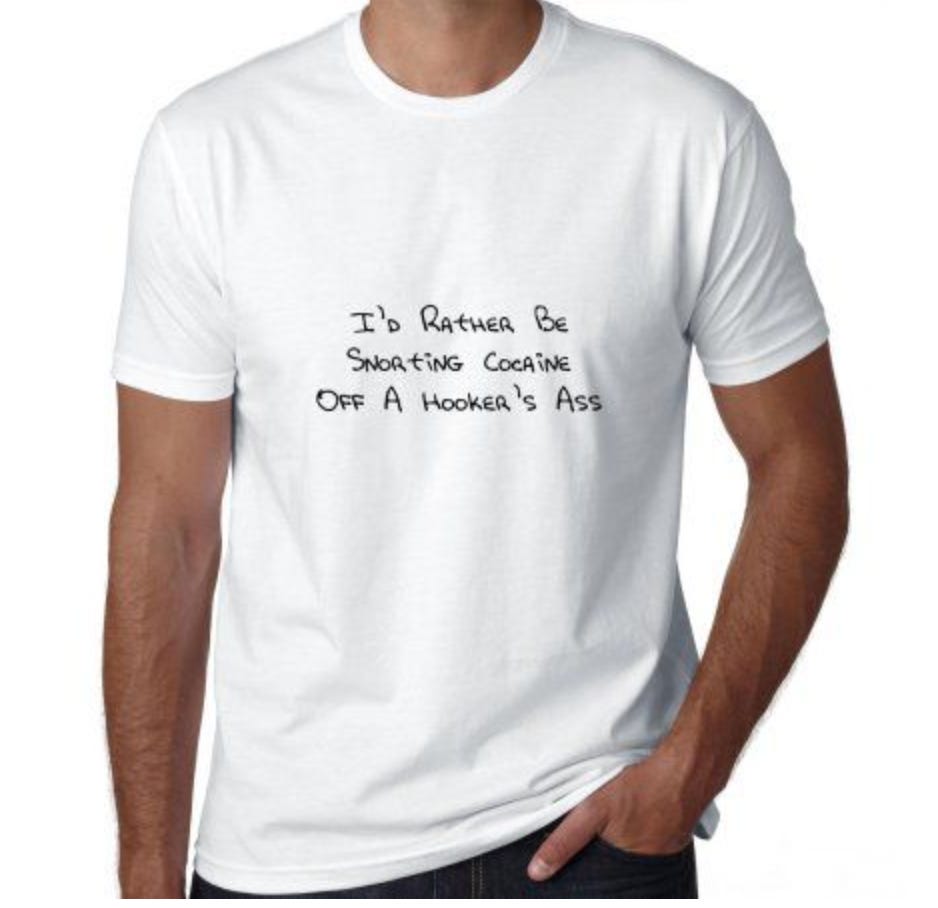 Mashable- We’d all rather be somewhere else sometimes – but those desires are usually better kept to yourself. Walmart’s website features a slew of questionable t-shirts made by Hollywood Thread. One particularly offensive garment (which lists activities that could get you arrested on two counts) reads, “I’d Rather Be Snorting Cocaine Off Of A Hookers Ass.” Mashable reached out to Walmart and heard back from Bao Nguyen, who works in media relations for Walmart Global eCommerce and Technology. Nguyen said that Walmart plans to take the shirt down. “Wow. This obviously has no business being on our site,” said Nguyen. “We’re removing it ASAP. Thanks for calling it out.” When talking with Nguyen on the phone, he explained how Walmart’s partnerships with third-party retailers like Hollywood Thread work.

On the one hand, yeah that shirt is a little offensive and jarring. On the other hand, are you telling me that Walmart customers aren’t buying that shirt like hot cakes? Cause I bet they are. Have you seen the people that go to Walmart? I mean, I go to Walmart, but there’s a breed that goes in there that would LOVE LOVE LOVE that shirt. Go to any Walmart in any city after 11pm and you’ll see the key demographic for a I’d Rather Be Snorting Cocaine Off A Hooker’s Ass shirt. The demographic that would wear that shirt unironically. I would maybe buy that shirt but it would be ironically. Post-11pm Walmart dwellers would buy that shirt because they want you to know that they’d rather be snorting cocaine off a hooker’s ass. All I’m saying is this controversy is for nothing if the shirt sells. If the shirt sells, keep it up.

Conspiracy theory: Walmart knew they were selling that shirt and didn’t care. They look at it like I’ looking at it. Their customer base will buy it so who gives a shit? That’s how you become one of the biggest corporations in the world. Know what your customers want and give it to them. Walmart didn’t plan on anyone finding out and snitching on them though. #StopSnitching