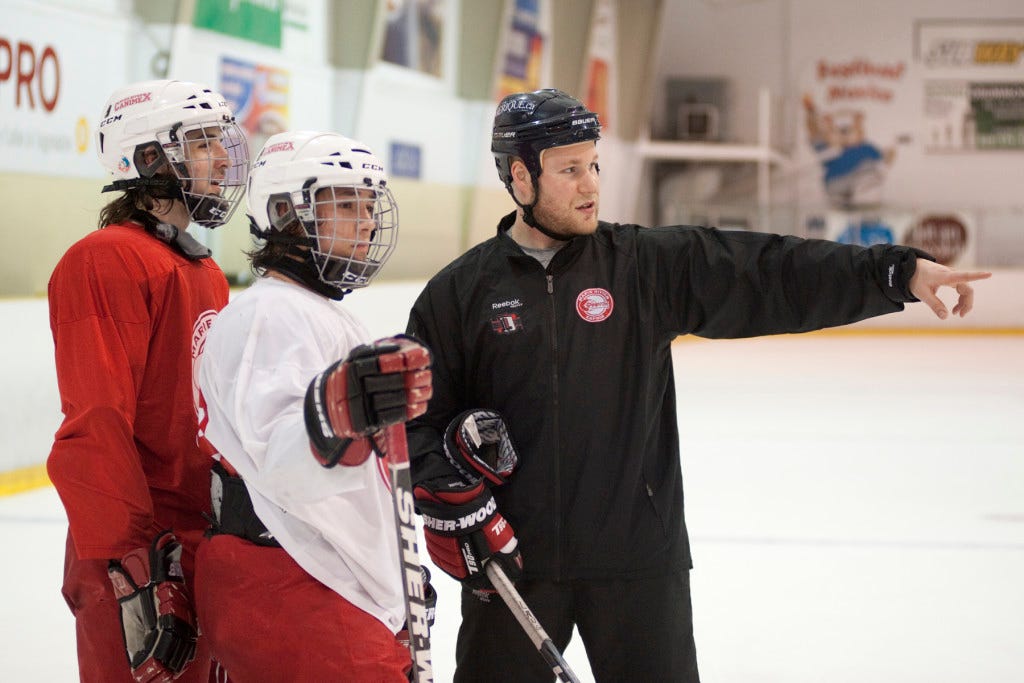 Montreal Gazette – Acadie-Bathurst Titan assistant coach and ex-Quebec Remparts captain Pierre Bergeron issued a statement Wednesday saying he resigned because he was caught driving under the influence of alcohol.

The statement released on his Twitter account said he was stopped by police in Bathurst, N.B., last week while driving two players home to their billet families after a night out. He resigned as assistant to head coach Mario Pouliot this week.

He called the incident “the biggest mistake of my young coaching career and, no doubt, of my life… The former defenceman played in the Quebec Major Junior Hockey League for P.E.I, Rouyn-Noranda and Quebec. He won the Memorial Cup with the Remparts in 2006 and was named captain in 2007. He later played at the University of Ottawa.

Ummmmm am I taking crazy pills here or am I the only one who doesn’t see anything wrong with this story? If anything, what Pierre Bergeron did was admirable. So the young assistant coach goes out one night with his players and things get a little out of hand. Raise your hand if that’s never happened to you before and if it hasn’t, it’s just because you’re a nerd who never played sports. And instead of letting the kids drunk drive themselves home, he does the responsible thing as an adult and bites that bullet himself. Basically sacrifices himself for his players. He’s for the boys. Again, that’s admirable as fuck.

And I know that drinking and driving isn’t a joke. But the dude is 29-years-old and spent years and years playing junior hockey. I think the guy probably knows how to handle his booze. Could he have maybe just ordered everybody a few Ubers? Maybe. But maybe not. Maybe Uber hasn’t made it’s way up to Canada yet or maybe getting a cab was just going to take too long. So all I see here is a coach who is willing to do anything for his guys, and now he’s forced to resign because the world has gone soft. For shame.

for the boys+ 4 Tags