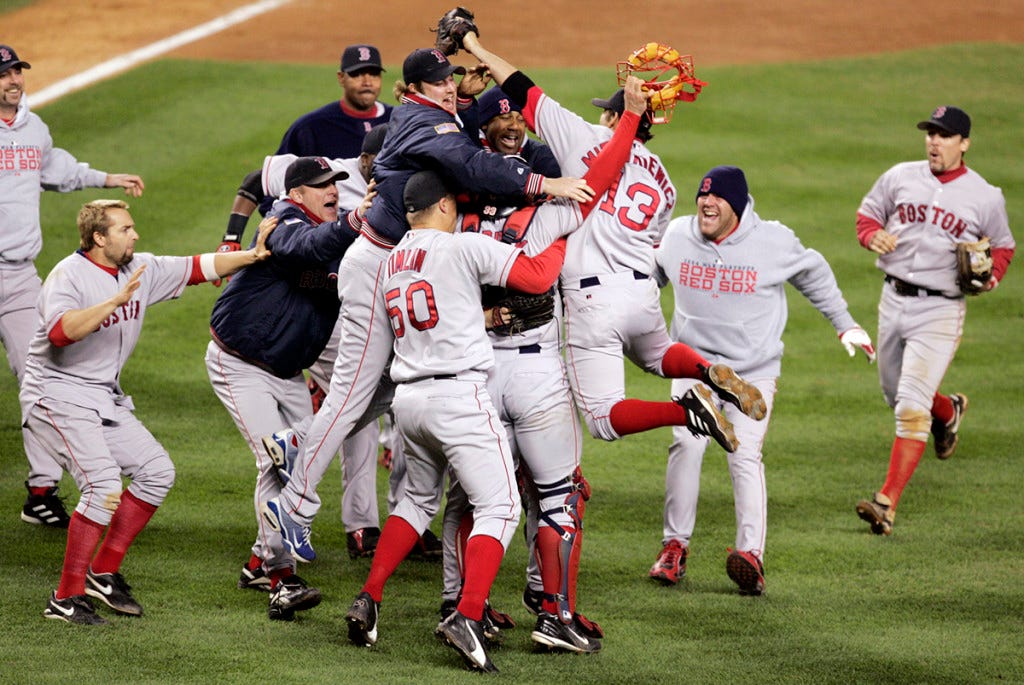 This blog is for Yankee fans only. If you’re a Red Sox fan, please move along.

You read the title of this article, so let’s all just accept that the Boston Red Sox will clinch the division at Yankee Stadium. With the win on Monday against Toronto, the Red Sox magic number is down to 1 so a win against us or a Toronto loss will crown the Sox as the 2016 AL East champs. That sucks but if you look at the above picture, you know things have been worse.

What is important is how the Red Sox clinch though. With the fight we’ve seen out of the Yankees the last two nights, seeing them get demolished in a game that ends with Boston spraying champagne all over the visiting clubhouse and possibly on the field would be a nightmare. Boston fans travel well and for Papi’s last game (thank god) there will be a ton of Sox fans in town for the next couple of days. This is why the Yankees need to get redemption with a sweep and make Boston celebrate clinching after a loss. Popping champagne after a loss won’t be as sweet for Boston and won’t feel like a money shot to the eye for Yankee fans.

To keep the momentum going tonight, the Yankees face that bum Clay Buchholz, who gets butt hurt when Carrabis puts mean filters on his post-game interviews. Clay did just have his best start of the year, going 7 and only giving up 1, but traditionally has struggled against the Yankees. to the tune of a 5.99 era. This new Yankee team did see Clay earlier in the month when the Yankees got 2 runs off Buchholtz through six innings.

For the Yankees Bryan Mitchell is making just his fifth start of the year and still trying to stretch himself out to deliver more that 5 or 6 innings. On Friday Mitchell pitched well in Toronto but took the loss, so a bounce back game would be huge. With this likely being his last start of the season, look for Girardi to go long with him if the score allows it.

If Mitchell can deliver a solid start and our bats can stay hot like they have been so far this week, the Yankees can make Boston wait to spray champagne in our house. Every day we get closer to getting Boston out of town with the champagne still on ice is a good day, but if they have to do it here they should do it after a loss.

PS: David Price stinks and that was a terrible contract that I hope hangs over Boston like Ellsbury and Tex and CC and Arod did/do to us.