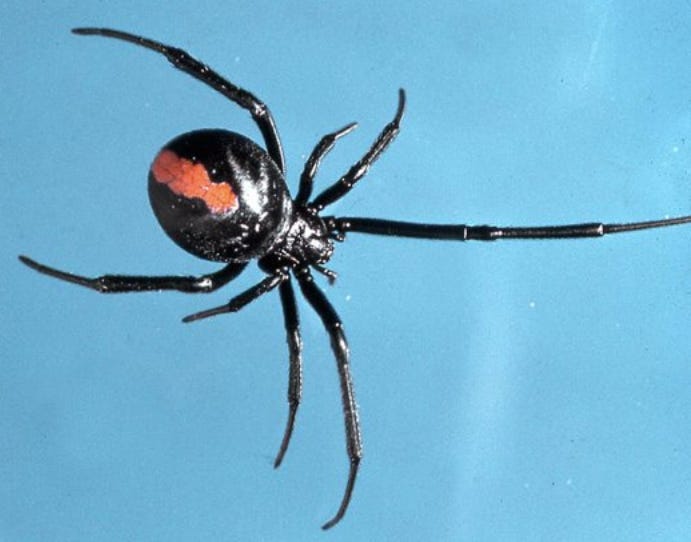 (Source) — A 21-year-old Australian tradesman has been bitten by a venomous spider on the penis for a second time. The man was using a portable toilet on a Sydney building site on Tuesday, when he suffered a repeat of the incident five months ago. Jordan, who preferred not to reveal his surname, said he was bitten on “pretty much the same spot” by the spider. “I’m the most unlucky guy in the country at the moment,” he told the BBC. “I was sitting on the toilet doing my business and just felt the sting that I felt the first time. “I was like ‘I can’t believe it’s happened again.’ I looked down and I’ve seen a few little legs come from around the rim.”

Listen man, get bit on the dick by a spider once, shame on spiders. Get bit on the dick by a spider twice, shame on you. There are some things involving your dick that you can get away with a single time. Poke her in the asshole once? That’s a mistake. That’s an accident. Poke her twice? You’re trying to put your dick in her ass. Same goes here. I guess… I guess… one penis bite is acceptable. Personally, I try to not have my dick out around any eight legged freaks but I assume in Australia that’s more difficult than it sounds. Still, that second time is on you. Dude talks about seeing the spider slowly come from around seat of the toilet, like a pornstar crawling across the room with a lock on a dick, and just did nothing. You see “a few little legs come from around the rim” you need to pop up from that seat immediately. Anything else and you were kind of asking for it imho.

But, on the bright side? I feel like chicks are kind of into this? It adds a certain mystique to the dick. Any and all rumors about your dick are a positive thing. Your penis is a business and there’s no such thing as bad press. If girls know that your junk has survived two venomous attacks then they’re absolutely gonna want to know what’s so special about it. They’re going to want to see it and see if your little Peter Parker has morphed into a super hero. That’s a guarantee.