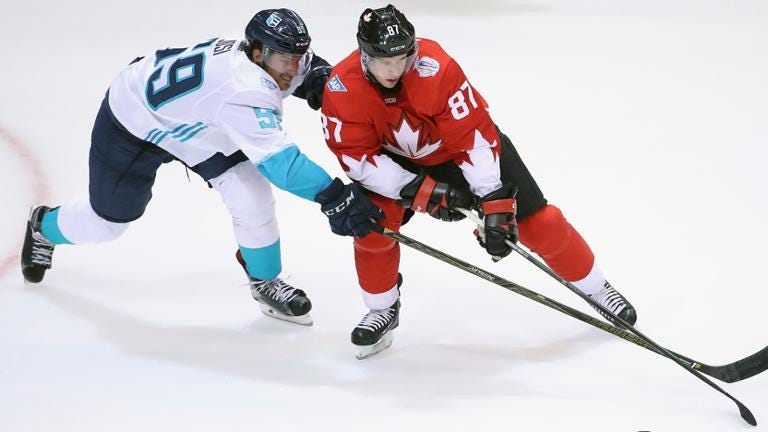 Well, folks. Tonight is the night. The 2016 World Cup of Hockey comes down to this as Team Canada faces Team Europe in a best-of-3 final. No Team USA. No Team North America. As Americans, we seemingly have no dog in the fight when the puck drops at 8pm tonight on ESPN. But I guess any hockey is better than no hockey at all so we’ll still go ahead and watch. So in case you need a cheat sheet on how to watch the game tonight with friends and sound like you know what you’re talking about, here you go.

– I feel like we have to all be European fans this week. Not necessarily because we want Team Europe to win but because we need Canada to lose. Team Europe is pretty much the bastard child of this tournament who somehow achieved great success. The team is made up of Slovakians, Germans, a Slovenian, some Swiss players, a few guys from Denmark, Norway and France.

– But just because we’re rooting for Europe doesn’t mean we can’t still passive aggressively talk shit on them during the game. So for starters, make sure to bring up the fact that they don’t have anywhere near the same amount of grit and intensity as the US team did. Look at this stat from their semi-final game against Sweden. 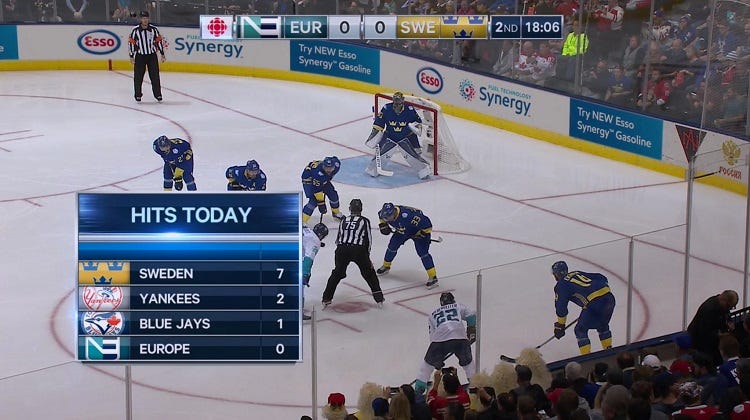 Make sure to call them all a bunch of pussies for not hitting. Make it abundantly clear that they belong on a soccer pitch and not a sheet of ice for the next 120-180 minutes of hockey. Let it be known that the only thing softer than Team Europe is Hillary Clinton’s plan to combat ISIS.

– Also be very clear that the fact that Team Europe exists is the sole reason why the World Cup can never replace the Olympics for hockey. It’s just another cash grabbing gimmick constructed by Gary Bettman to ruin the game. And the team doesn’t even have a national anthem so it’s not like they could even stand up for one if they wanted to. It’s a travesty. But in choosing between the lesser of two evils, they have our vote. Because on the other side of the coin…

– Canada hasn’t lost a game since the 2010 Vancouver Olympics when Sidney Crosby is on the team. They won in 2010, they won in 2014, they won the past two IIHF World Championships. I’ll swallow my pride in saying this, but I think Canada might still have the edge over the United States in ice hockey. With that being said, they’re still Canadian and we’re still American so who’s the real winner there?

– While Canada may have all of the gold medals and a shit ton of depth, we have justice and freedom and liberty for all.

– I realize that we have plenty of our own race related issues here in the United States, but let it be known that Team Canada didn’t select a single black player for their team. Kind of racist or extremely racist? You be the judge. Especially considering they took Shea Weber over PK Subban even though anybody with half a brain knows that Nashville won that trade by a country mile. (This photo is funny to me) 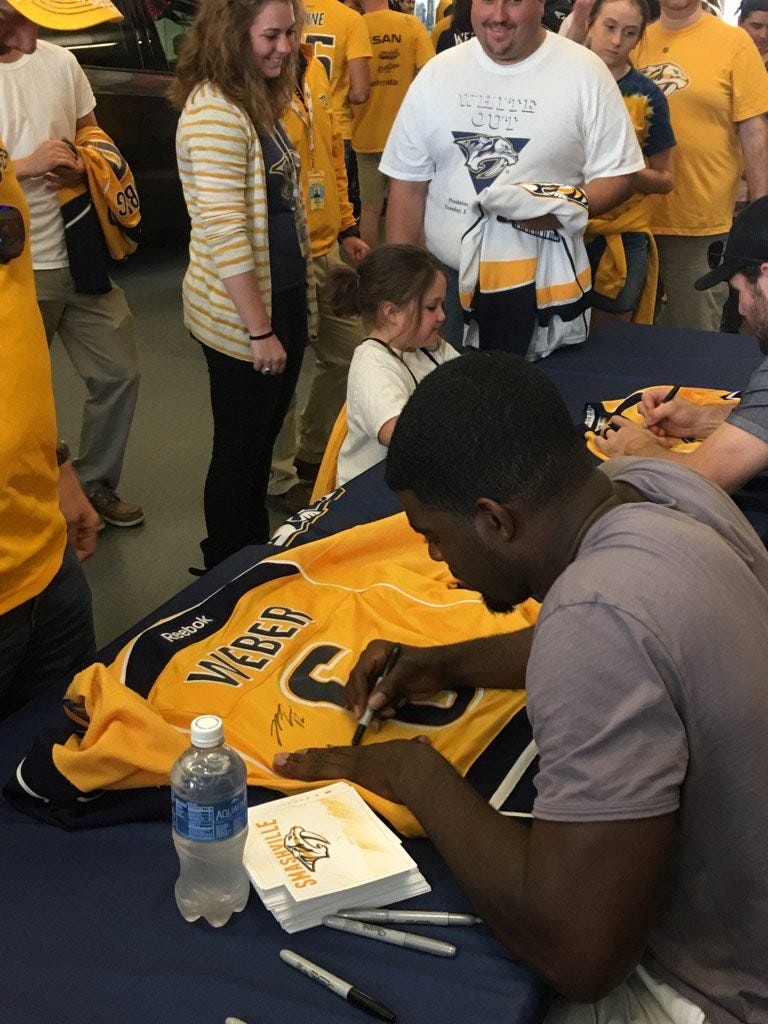 – They’re a team full of pretty boys. Not literally speaking considering Brent Burns, Joe Thornton, Ryan Getzlaf, Corey Perry and Claude Giroux all look like a bunch of animals. But figuratively, a bunch of pretty boys. They were a team that was put together based on skill and speed and skill and a little bit more skill. Sure, they have Brad Marchand to go out there and spear everybody in the dick. But they lack in the enforcer category which makes them a bunch of bitches.

– Canada is 4-0 in the tournament and has outscored their opponents 19-6 so far sooooo yeah, they’re pretty good. One of those wins being against Team Europe 4-1.

– Europe is 3-1 in the tournament and two of their wins have come in overtime. They’ve outscored their opponents 10-8 and will be without Marian Gaborik for the final 2-3 games after he suffered a foot injury that will keep him out for a few weeks. I’m sure the Kings are just thrilled about that.

– It’ll be Carey Price vs Jaro Halak in net at least to start the series. Battle of the two former teammates. Everything on paper says that Team Canada should wrap this thing up by Thursday night but who knows, maybe things will get a little weird out there. Or at least weirder than they’ve already been.