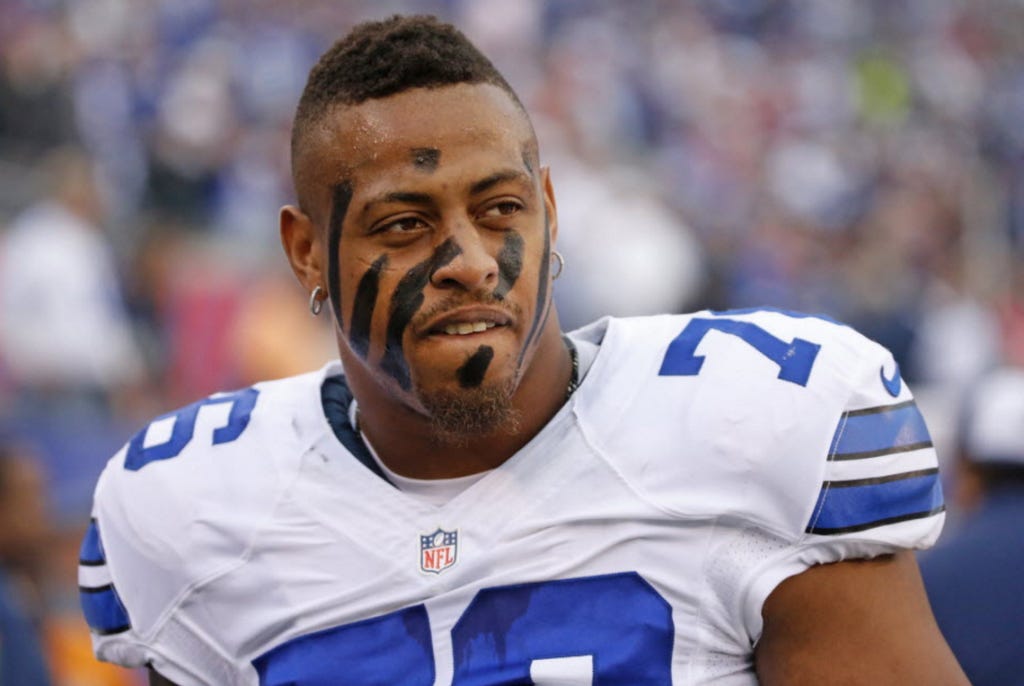 NBC 5 in Dallas is reporting that Hardy was arrested in the Dallas suburb of Richardson on Sunday for possession of a controlled substance. He was taken to the Richardson City Jail, where he remained as of Monday afternoon.

There is no immediate word on the substance Hardy possessed, or any information about the circumstances surrounding his arrest.

Poor Greg Hardy. The law just coming after him. Can’t even do drugs without finding himself in jail. It’s not like he beat the shit out of a woman again, so this is actually an improvement, and I believe that’s what Goodell wanted all along. Makes you think, huh?

But really, fuck this guy. Right in his pussy. It could have just been weed, and we should probably wait for the circumstances surrounding the arrest to be released, but I don’t really care, fuck Greg Hardy. He’s just a bad person, through and through. Like a legit bad person. He doesn’t deserve any benefits of the doubt, any more chances, any anything. Just let him sit in jail for eternity because it’ll only be a matter of time before his dumb ass is arrested again anyway.