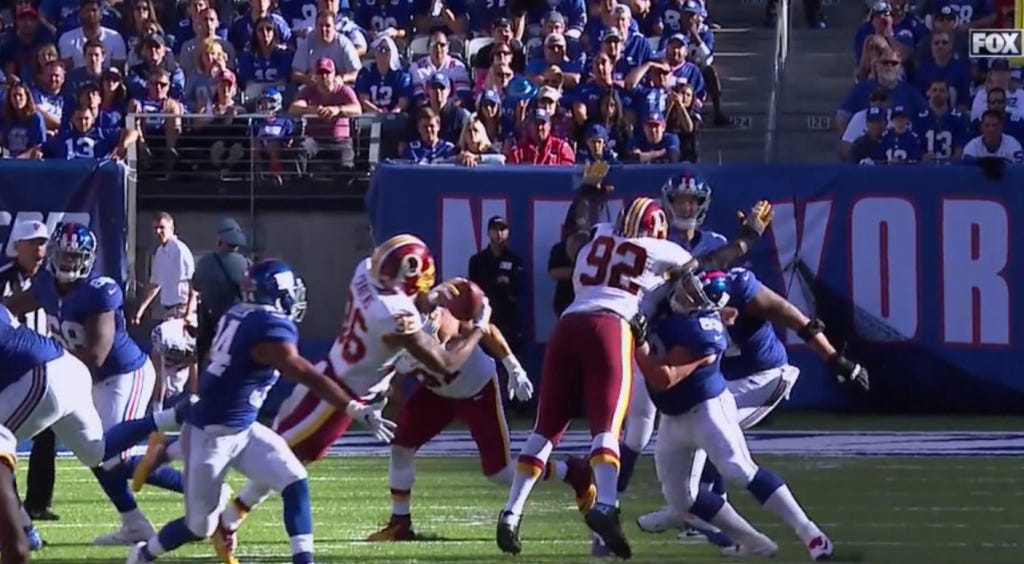 ESPN - A bettor at CG Technology placed a $1,500, eight-team parlay on Friday. The ticket included four Friday baseball games (Atlanta Braves, Boston Red Sox, Cleveland Indians and Texas Rangers) one college football game on Saturday (Iowa State -7) and three NFL money lines on Sunday (Green Bay, Denver and the New York Giants). The first seven legs all hit, leaving it all up to Eli Manning and the Giants on Sunday. Manning threw an interception on the Giants’ final possession of a 29-27 loss to the Washington Redskins. The parlay would have paid $150,000.

Couldn’t be happier. Absolutely love that the ol’ 8 team parlay busted because he bet against Kirk Cousins and the mighty mighty Redskins. Classic overthinking from the bettor. So what if the Giants had won the previous 4 matchups in the Meadowlands. And so what if the Gmen are 22-11 vs the Skins since 2000. None of that mattered. The Skins, fresh off losses at the hands of the Steelers and the Cowboys, went into the swamplands of New Jersey and made this man pay for his sins. Never bet against Kirk! Or never bet on Eli (unless in the Super Bowl against the Pats). The fact he nailed the fucking Rangers bet, the Iowa State bet, and 5 others, and only needed Eli not to fuck it up, is amazing. All his trust, all his faith in Eli and the boys, and they let him down. Su’a Cravens picking off Eli cost some nerd $150k. Couldn’t be prouder of this team. 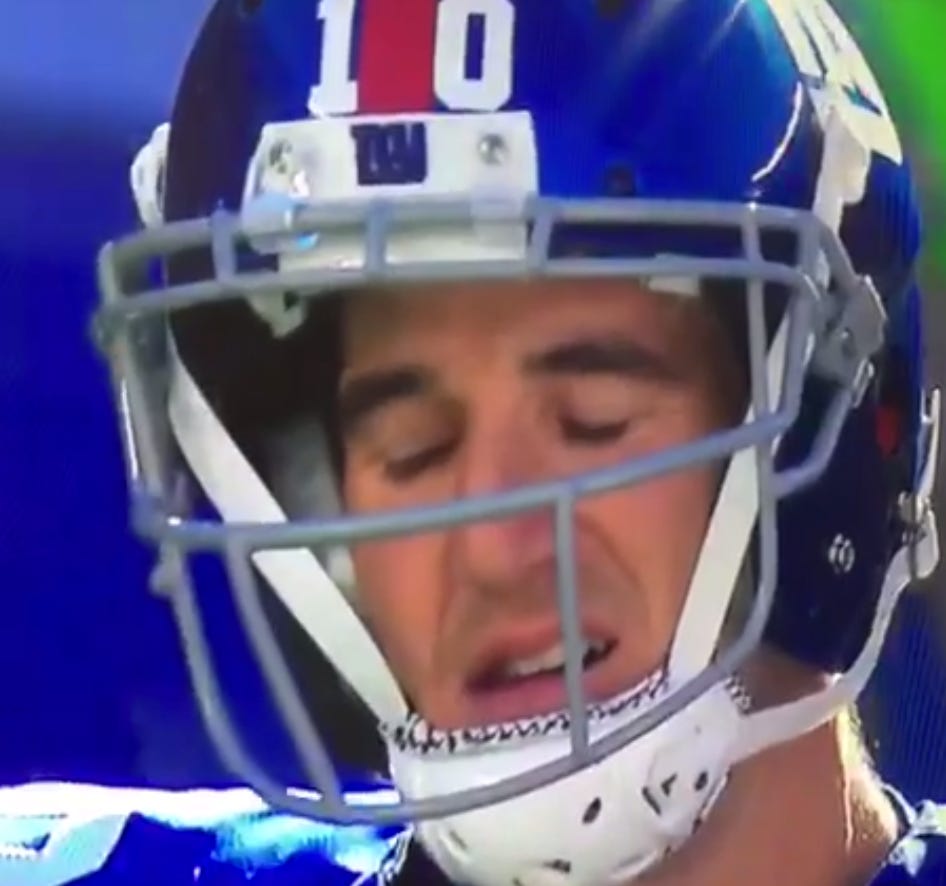