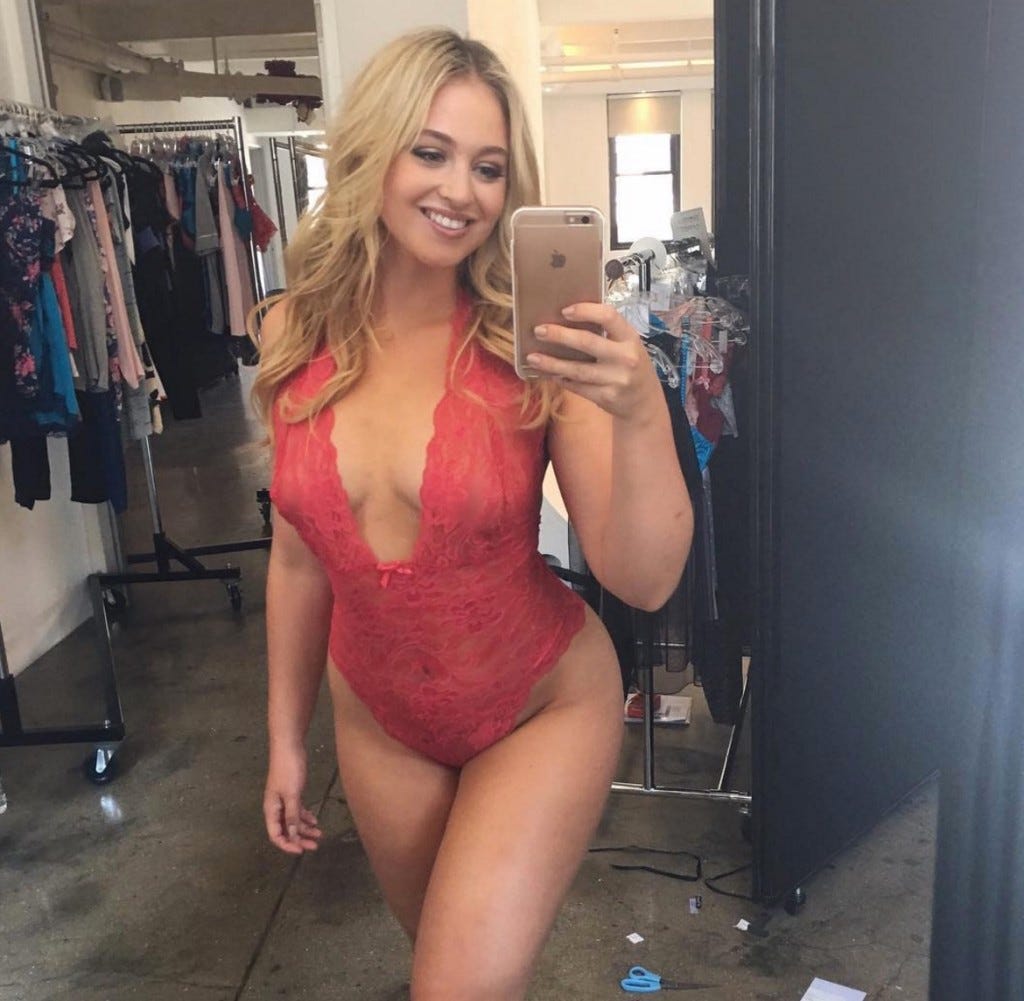 Unilad – [British plus-sized model] Iskra Lawrence videoed her reaction to the video, showing the man eerily saying ‘I will kill you’, for BBC West Midlands’ Inside Out programme.

Her dad, who usually protects her from trolls, revealed the sinister online abuse he’s been hiding from her, during filming.

Speaking to UNILAD, she said, “I receive abuse daily – but only from men or private faceless profiles. Usually calling me fat or a cow or worse I receive sexist comments that I should shut up (because I tend to write captions to spread a positive idea or educational body image practices) or turn around. Those are vile. I post because I’m grateful to have a platform for positive change.”

Her parents were terrified and had originally kept the video from her, but when her dad showed her, she was “so shocked and scared to think what if these people know where I live or could follow me home one day.”

Here’s the video of the weird clown dude threatening to murder her along with her reaction:

I get if you’re a parent and your kid is in the limelight in some way (this Iskra Lawrence has 2.5M followers on Instagram) that you want to protect them from some of the awful shit that comes out of people online. But is that really the wisest move if she wants to be famous? Especially for something that ends up being a lightning rod for trolls like being identified as a plus-sized model. It seems like thick skin is extremely necessary there (sorry I swear this isn’t a fat pun).

But I feel like of all the things you should especially warn your daughter of, a guy in clown makeup threatening to kill her should be pretty high up there. Mostly because it’s such an easily avoidable situation. If you don’t tell Iskra there’s a murderous clown trying to kill her, she might walk up to that clown, get sprayed in the eye by water from a flower in his pocket, allow him to make her balloon animals, who knows? But if you tell your daughter “Hey Iskra, there’s a good chance a guy dressed up like a clown wants to kill you” you know what she’s doing? Not trusting any fucking clowns I’ll tell you that much. There’s a reason many people around the globe, myself included, have a fear of clowns: Because any adult who would willingly put on layers of makeup as a hobby or potential career choice should be feared and treated with the utmost disdain. Put that fear of clown God into your daughter and save her a lot of needless danger imo.

Plus I just want to look out for Iskra. For all the hype Ashley Graham gets as the “sexy plus-sized chick du jour” I’d take Iskra approximately 100 times out of 100: