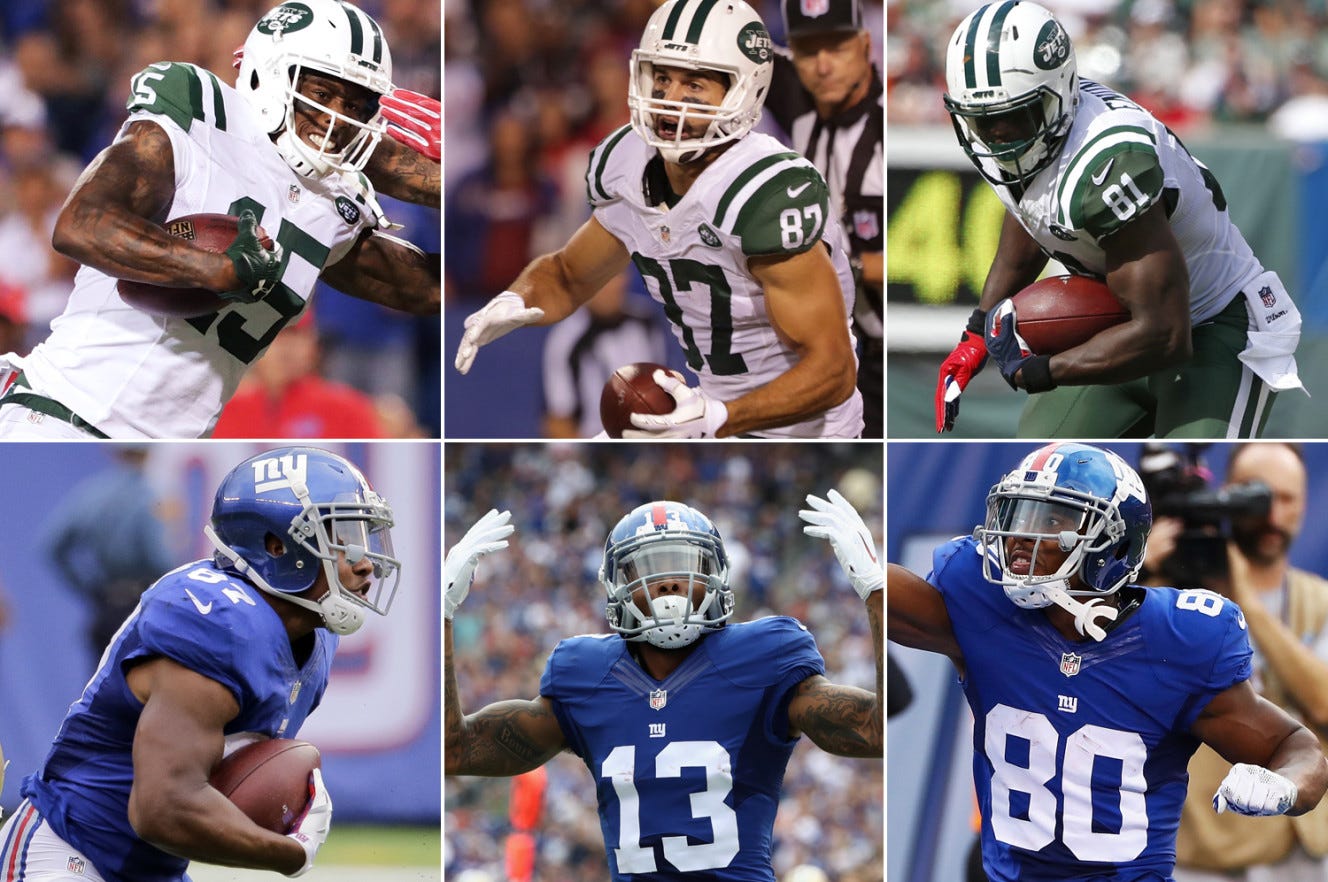 Its a debate thats been bubbling in New York all year, and I think after a disastrous football Sunday for the whole city of New York, its time to hash it all out. With ODB getting his ass beat by a kicking net and then crying on the sidelines, and Marshall/Decker/Enunwa fucking combining for 95 yards, neither team had much to be proud about when it comes to their receivers. So lets break it down:

ODB is obviously the best of the bunch. Hes got 200 receptions in 30 games…fastest ever to 200 balls. Theres no denying hes got the skills to be one of the all time greats. Hes an absolute headcase though. The dude is fucking crazy.

Barely a shade below him though is Brandon Marshall. B Marsh had a better 2015 campaign, and after another mental breakdown from Beckham yesterday, its possible that B Marsh is no longer the craziest receiver out there.

3rd on this list is Eric Decker, who might be the most under appreciated receiver in the game. Up until yesterday’s fiasco, Decker had 19 straight games with either 80 yards receiving or a TD. Over a full season of steady production and touchdown passes. Until yesterday when Fitz decided to continual throw the ball to the other time, you could almost count on it like the rising and setting of the sun. Decker is a gonna give you 80 catches, 1000 yards and 10 TDs if you have anything resembling a decent quarterback. The guys hes played alongside seem to overshadow him as far as reputations go, but the guy basically performs like a #1 receiver. If you’re into labels, you can argue against this. If you’re into production, you know how valuable Eric Decker can be.

And then after that you have Cruz, Shepard and Enunwa. Giants fans like to pretend this is the Victor Cruz from 3 years ago, and in their eyes Shepard has already punched his ticket to Canton, Ohio.

As I see it, the Jets have two of the top 3 of this bunch, and a young player thats showing a lot of promise and might be breaking out in Enunwa. The Giants have the best overall receiver, a veteran with some miles and injuries on him that can perform if healthy, and a rookie thats looked sharp for the first three games of his career. I give the overall edge to the Giants because of the ODB factor, but anybody dismissing the Jets weapons is doing that out of narratives about the franchise and past reputations. Giants fans will do absolutely anything they can to avoid giving the Jets any sort of credit. But the argument is valid and the debate is close. You can incorporate quarterbacks, salary and age into this. Make it all sorts of complicated. But right now, in this moment, this season, I feel like its basically a coinflip with the edge to Beckham and Company.