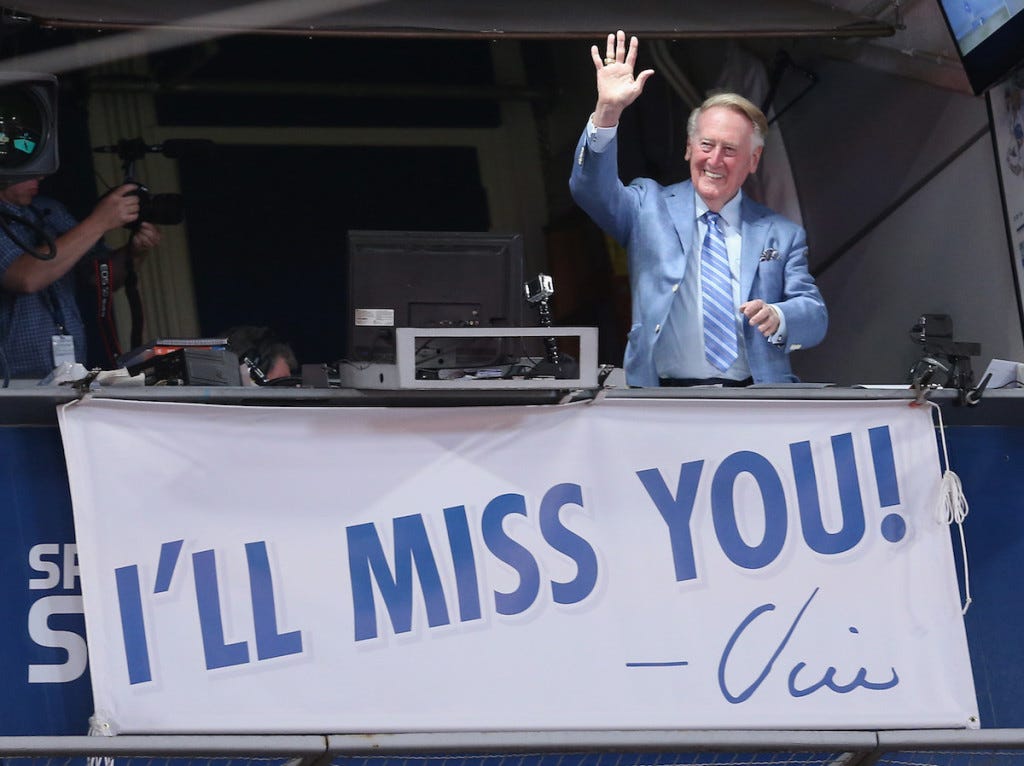 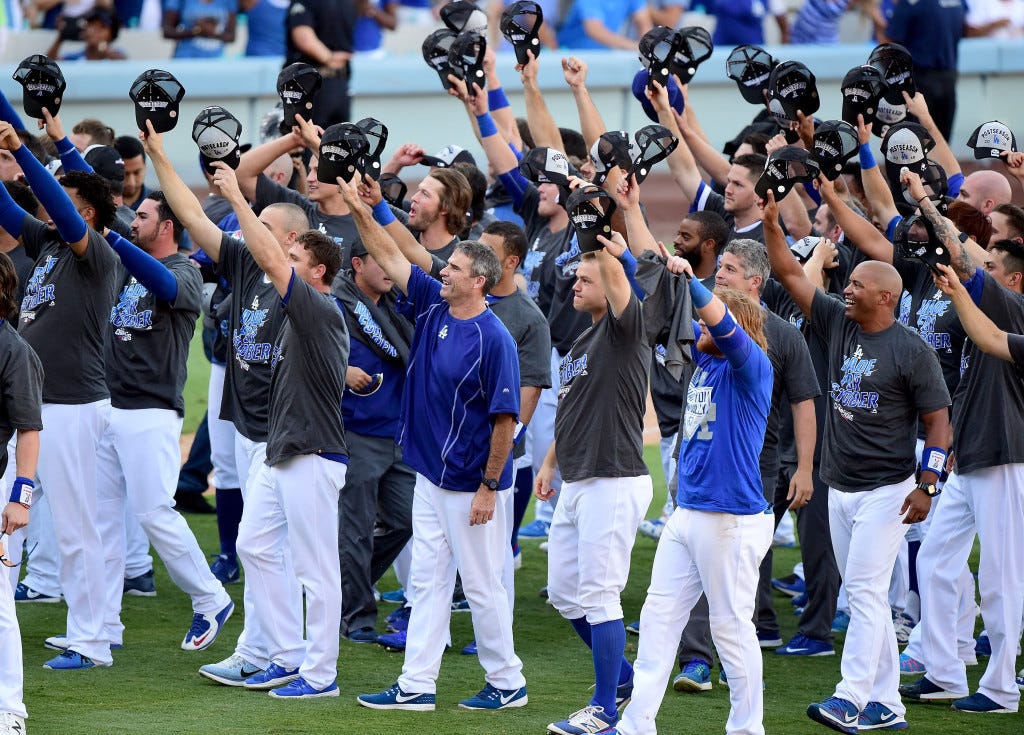 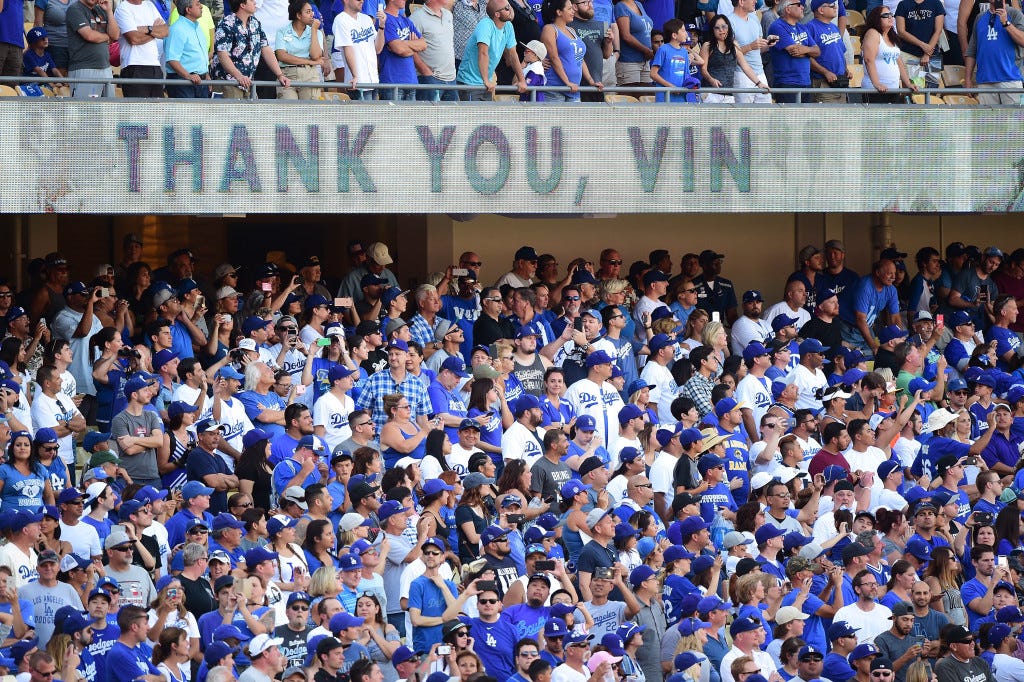 Baseball has a way of creating real life moments that you’d never believe didn’t come out of a movie. Add another one to the list.

On Sunday, legendary broadcaster Vin Scully called his final game at Dodger Stadium as the Dodgers team broadcaster after holding his post for 67 seasons, going all the way back to the days of the Brooklyn Dodgers in 1950. He’ll still finish out the year by calling the last series of the season in San Francisco, with his final game coming on October 2 against the Giants. But you couldn’t have scripted a better ending for not just the best Dodgers broadcaster ever, but the greatest baseball broadcaster of all-time.

From beginning to end, it was the perfect sendoff for Vin, starting with the Dodgers tipping their helmets to him up in the broadcast booth their first time through the batting order, all the way down to the drama of the late innings with NL Rookie of the Year to be, Corey Seager, hitting a game-tying home run in the bottom of the ninth. Charlie Culberson capped off the Hollywood ending for Vin by hitting a walk-off dinger in the bottom of the tenth to clinch the National League West.

The Dodgers spent a combined 72 days in first place compared to the Giants’ 123 days, but all that matters is who’s in first on the final day of the season, and that will be the Dodgers, while the Giants cling to a half-game lead over the Cardinals for the second Wild Card spot coming into today. Now that the Dodgers have the NL West wrapped up, they will draw the Washington Nationals in the NLDS. Game 1 of that series starts on Friday, October 7.