*Exclusive from this morning’s Random Thoughts Newsletter. Google Wayback machine is having issues so if this story isn’t coming up for you, here it is:*

So obviously you guys remember this fight last year because it was fucking awesome. Well what you don’t remember is the man who dominated the fight from start to finish. A certain Bob Lange, head of the San Francisco 49ers PR. This guy. 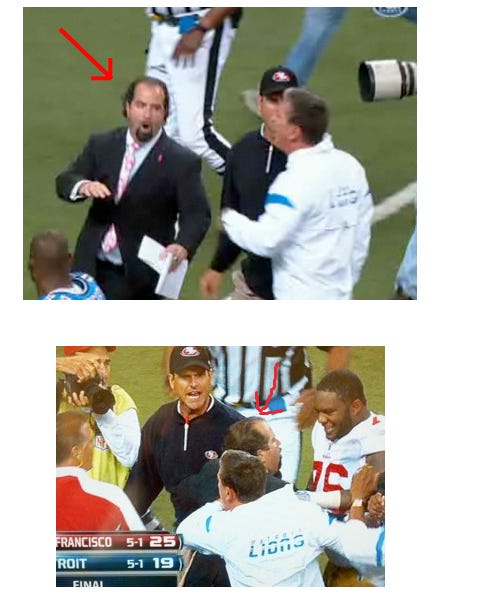 Anyway, last year after the fight I said to myself, who the fuck is that mysterious man with the pink tie, tossing NFL lineman around like they’re rag dolls? Who is the guy with the rocking goatee and beautiful hair? Who is this cocky maniac? Well through the powers of google I found out. And I emailed him. Completely out of the blue…. 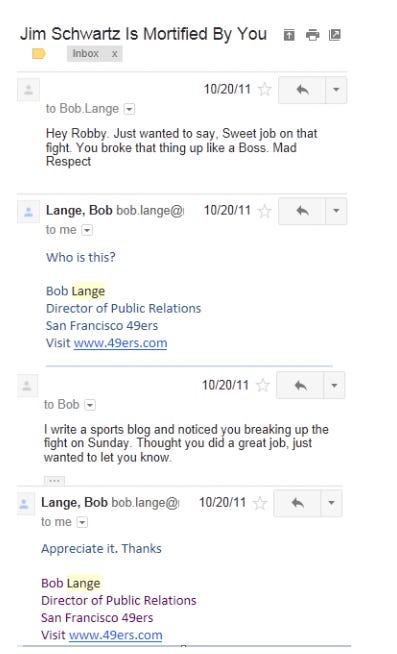 And he actually responded. And didn’t think I was a total creep. And a friendship blossomed (not sure Robby would use the word friendship but it is definitely a friendship to me) 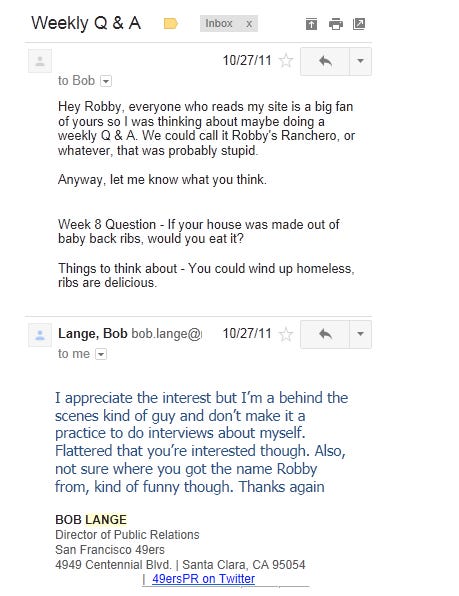 And even though he didn’t want to do a weekly Q & A or respond to my sweet nickname that I gave him, we all know he sort of did, so I kept on emailing him. 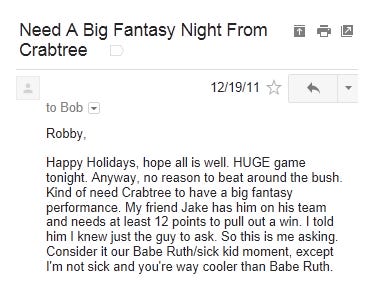 And sometimes he wouldn’t respond, real fucking rude if you ask me, but then again he is Robby, aka Clubber (gave him 2 sweet nicknames, nbd), Lange. Guy is a busy man. Who knows what fight needs breaking up. You think Batman can just stop fighting crime? You think Superman takes a day off? Well same goes for Robby.

But ultimately this was the last I would ever hear from Robby. Even after emailing him a few more times 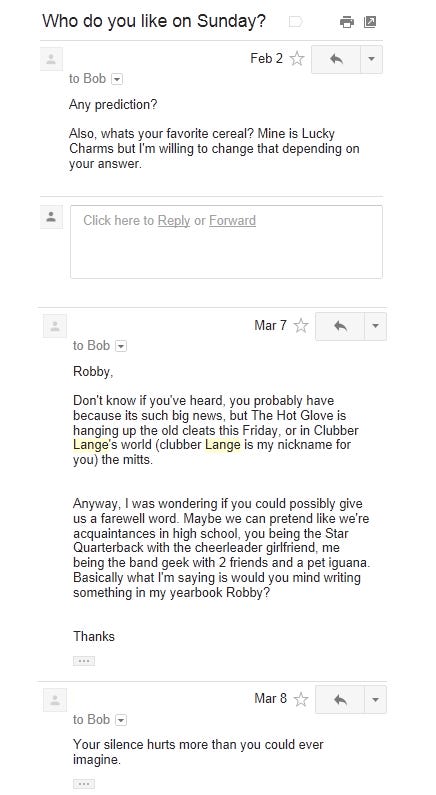 So you’re probably saying to yourself at this point, Big Cat, what does this have to do with anything? Well guys, I don’t know if you saw KFC’s blog about the Buffalo Bills midget patrolling the sidelines yesterday. This guy 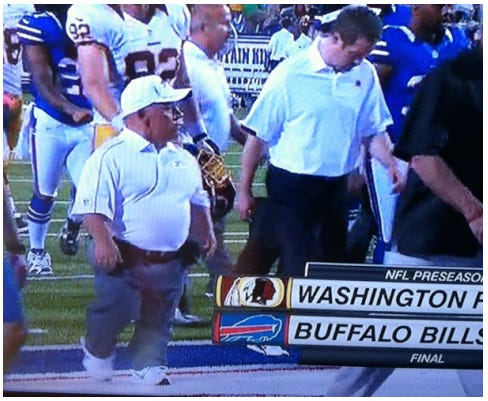 But basically it reminded me of my good friend Robby. So I thought I’d email him again. Let him know that there are some hardos in the NFL this year trying to take his crown as NFL Sideline Bad Boy Numero Uno. 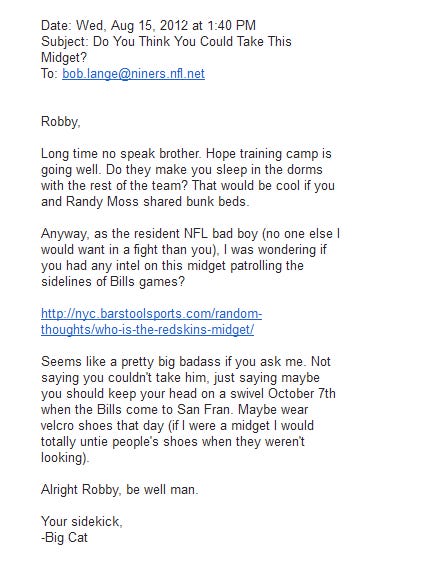 Even Sent out the bat signal Tweet, let him know the urgency of the situation.

Anyway, just thought I’d bring everyone up to speed on the situation as this will most likely not be the last time you hear about Robby Lange.
In summation
1. I’m best friends with an NFL insider and resident tough guy. Don’t be jealous, there are plenty of fish in the ocean or in this case PR guys that you can randomly email creepy things to.
2. If you see a hardo on the sideline this season during an NFL game give me a shout so I can make sure Robby knows whats up. At this point he sort of expects me to have his back with these type of things and I wouldn’t want to let him down.