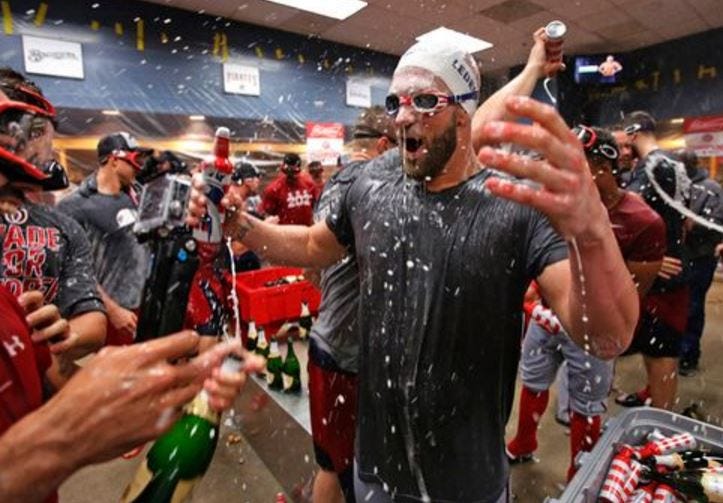 It’s been a long time waiting and they really limped towards the finish line but the Nationals are finally your 2016 National League East Champions! It might be a little difficult to appreciate the dominance of this team considering their rocky play in the past few series but this is a team that has absolutely towered over all of its divisional opposition since May.

The Nats have held onto sole possession of 1st for the past four months and while teams like the Mets or Marlins have had their little streaks, no one has really even threatened Washington for the lead since early June. Three of the primary reasons for the team’s collapse last season were bullpen issues, poor management, and injuries and there were points in this season where it looked as though these issues could rear their nasty heads again – but they mostly have not. 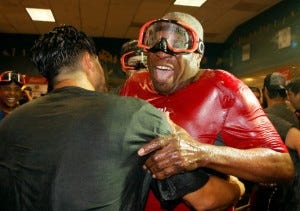 Dusty Baker has been a phenomenal surprise. Is he perfect? No but he has managed so much more effectively than I ever would have expected. Felipe Rivero, the only player I thought may have been overused was traded before the deadline and Trea Turner has been playing virtually every day since getting the call back to the bigs. I was firmly entrenched on the bandwagon against Dusty but he deserves so much credit for the team’s successes.

The bullpen was another area of major concern last year and Mike Rizzo should get a ton of credit for his near-total restructuring of the Nats’ pen over the off-season (and throughout the season). Jonathan Papelbon was very serviceable from April through mid-July but when he ran out of juice, Rizzo acquired a top closer in Mark Melancon without surrendering too much of the future. While Melancon may not toss 105 or K 16 batters per 9 innings pitched, he is on pace for his 3rd season with an ERA below 2.00 in the past 4 years – better rates than other elite closers like Kenley Jansen or Aroldis Chapman.

Finally, last year injuries were a real pest – they would put some of our top players on the shelf for extended periods of times and the team could rarely field its opening day lineup due to all of the team’s injuries. In 2016, the injuries have been less pronounced. Strasburg has gone down a couple of times but I’m starting to believe that that should just be considered standard. Although injuries haven’t been as big of a deal this year than they were last season, we are starting to see glimpses of the bug. The rumors of Harper’s secret shoulder injury still persist and, regardless of whether he is dealing with something or not, he has been considerably worse than he was last year. Then you’ve also got lingering issues like Daniel Murphy’s butt. It does not sound as though Murphy’s injury will extend through to the playoffs and it could be that he would be rushed back more quickly if these games were more important. Finally, lets just hope that Strasburg is back for the full playoff run.

I will be honest, I was a lot more confident in this team’s chances a month ago than I am now but despite the Nats’ recent skid, I still believe that they are the 2nd best team in the National League and that they absolutely have the talent to beat any team – even the Cubs – in a 5 or 7 game series. We’ve got the reigning MVP, someone who should finish top 3 in the MVP race, and the deepest pitching in all of baseball.

Let’s buckle up for the post-season because this one could be pretty fun.

“We drink from the keg of glory, Donna. Bring us the finest muffins and bagels in all the land.” pic.twitter.com/1M9u9OUPCI