Less than 24 hours after putting their fans in the goddamn DOLDRUMS, the Mets flipped the script last night and actually pulled victory from the jaws of defeat thanks to the Bleach Boys. Jose sets them up with a game-tying bomb in the 9th, Asdrubal knocks them down with a walkoff in the 11th. Time to get the peroxide ready, because we just may need every player and fan to go with the Eminem look circa 1999 to keep this mojo going.

And I didn’t mention it in the podcast, but Duda missing that home run by inches and the Mets not getting burnt by it was one of the wildest things I’ve ever seen. Just another day on the Mets roller coaster, which is exactly what last night’s win probability chart looks like. 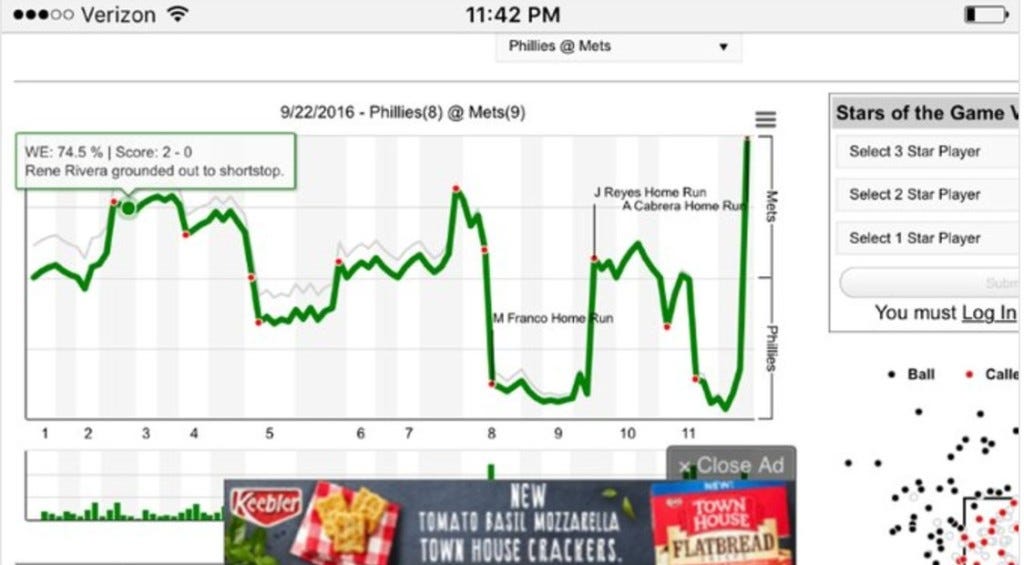 What a fucking ride