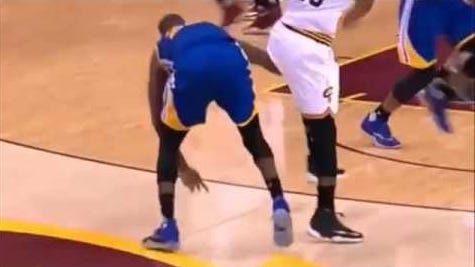 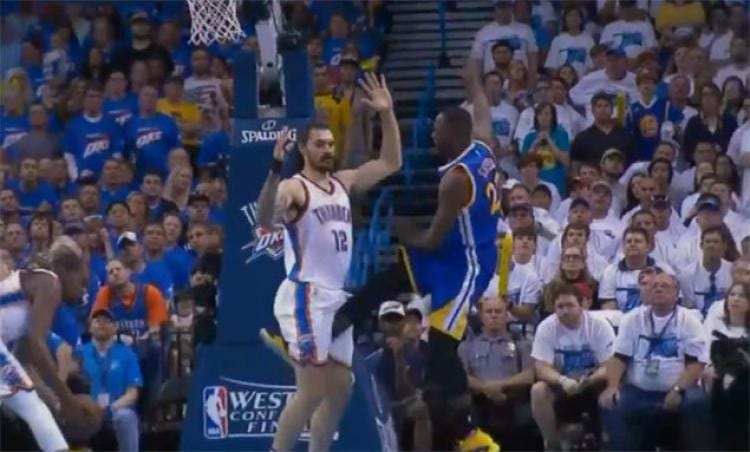 AP- NBA referees will be cracking down this season on the kind of hits to the groin area that resulted in Draymond Green’s suspension during the NBA Finals. They also will more closely monitor traveling after complaints from coaches that players are getting away with too many steps on the perimeter. The referees were informed and instructed about those items this week during their preseason meetings and training camp.

The hits to the groin — termed “unnatural acts” by the league — are a point of emphasis after a number of situations involving Green during the postseason. Golden State’s All-Star forward had a habit of flailing his arms or legs and a few times made contact with opponents in the groin area. He was finally suspended after hitting Cleveland’s LeBron James during the finals and missed Game 5 because of an accumulation of flagrant foul points. Cleveland rallied to beat Golden State for the title in seven games.

Joe Borgia, the NBA senior vice president of replay and referee operations, said players are no longer just swinging their arms in attempt to draw a foul when taking a shot. “Now all of a sudden legs are coming out in different directions at weird times, they’re coming higher,” he said. “Well, for the protection of the players, we’re going to stop it.”

Look at Draymond Green making real change in the league he plays in. Historic shit. Any player that has a rule named after him knows he has made a big impact. Like Lew Alcindor making the slam dunk illegal or Larry Bird changing the way contracts are handled for star players. And now we have the Draymond Green rule because of a player whose passion to murder dicks is second to none.

You know how they show Trent Tucker’s buzzer beater against the Bulls with 0.1 seconds left every single time there is a game hanging in the balance with 0.3 seconds or less remaining in the game? That’s going to be what happens every time a player gets his penis pulverized. We will all get bukakke’d with highlights of Draymond Green’s greatest hits. If leagues are going to be serious about preventing concussions in sports, it should start while the athlete is still swimming around as a sperm in a scrotum. The NBA got it right with this rule.

And based on his tweet last night, even Draymond knew that this rule change was all about him.

Dude loves slapping at dicks, even on the internet. Draymond is somebody that truly respects the cock crushing game.

*Author’s Note: The Warriors blew a 3-1 lead in the NBA Finals