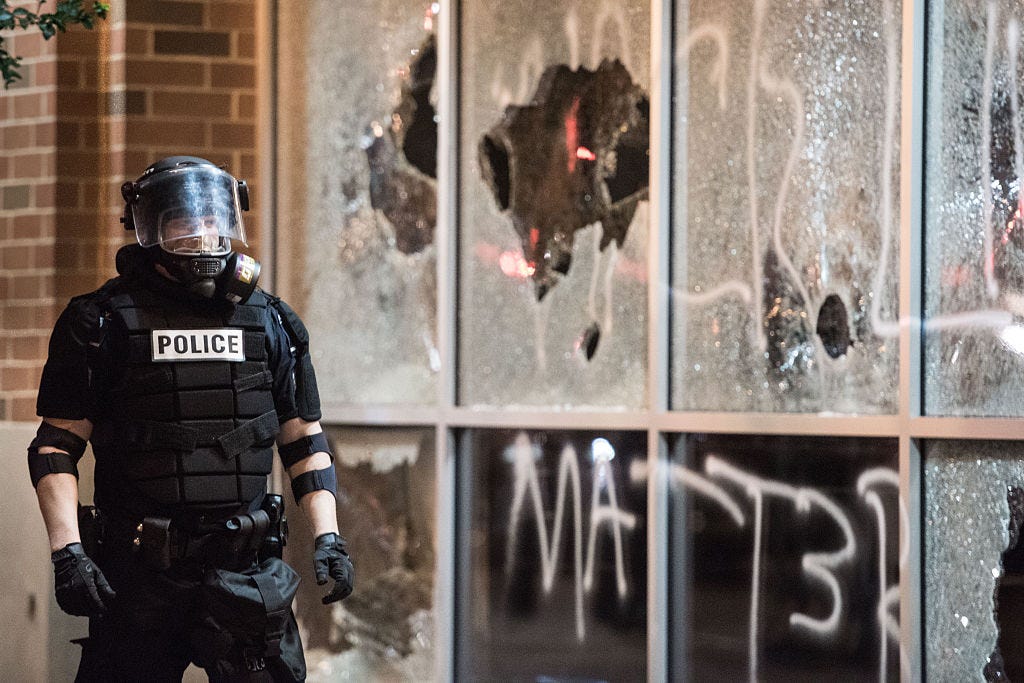 Quick reminder: Keith Lamont Scott, a black man, was shot and killed by a black police officer Monday. His family claims he was simply reading a book in his car; police claim he had a gun, was ordered to put the gun down multiple times before being shot, and that a gun was found on him afterward.

Last night’s coverage of the riots was WILD. Maybe the craziest news-focused TV since the Ferguson riots. Just pure chaos. Reporters getting trucked over. People getting shot. Fires. Looting. One civilian was shot by another civilian and put on life support. Four cops were injured. It was wild.

This isn’t a protest. This is a riot.

“wait, this is not the street hockey game” pic.twitter.com/RCxRgkM8ZV

VIDEO: Charlotte rioters attempt to throw a journalist into a fire. He is saved by civilians & police officers pic.twitter.com/od2pRPihlO

Yes that white dude was just rollerblading through the riots all night. Crazy scene.