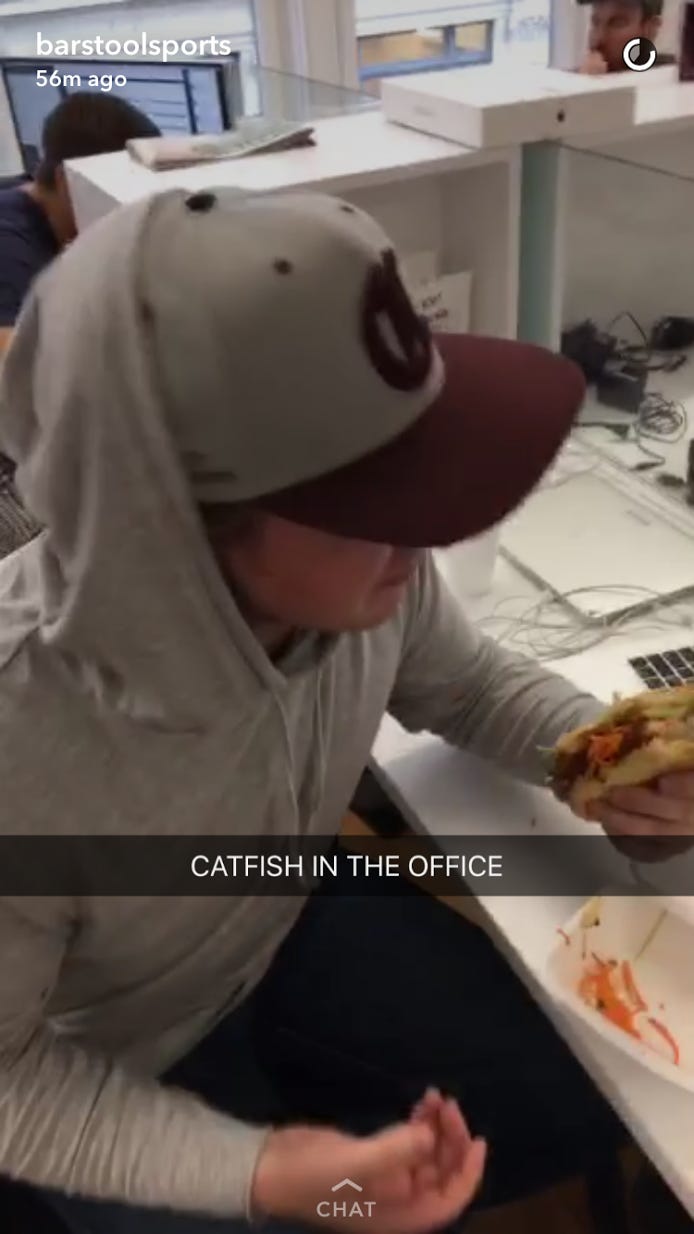 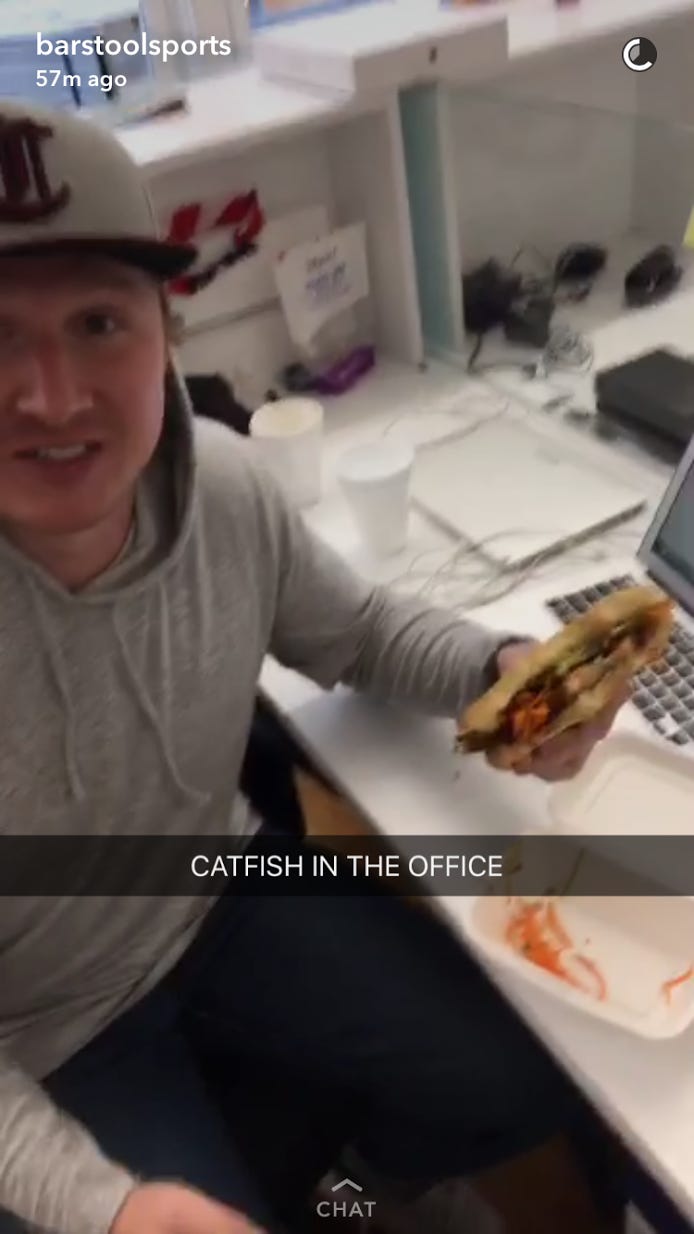 Head over to the BarstoolSports snap for the video

Today me, Keith, Dan and Coley went to Chipotle for lunch because we’re trying to get sponsored. Feits says no. Tells us hes gonna go get something else for lunch. I hear the elevator ding, he strolls back in with his lunch. He sits down, takes out a sandwich. He takes a bite. And then I hear him utter an absolutely preposterous phrase:

“This catfish is pretty good.”

I wish we had my reaction recorded. I wish we could see my face when I understood that he was eating fucking catfish for lunch in the office. Its almost like he did it to spite me. After spending the better part of a decade talking about proper office decorum – particularly food habits – he’s eating catfish right in my face. I feel like I should have spit on his catfish sandwich and then spit right in his stupid face.

Now, I’ll admit, catfish is not a particular stinky fish. Its not like the office reeked of fish or anything. I dont know anything about catfish because I’ve never even once considered eating catfish because its a bottom feeder trash animal that lives local rivers and dirty canals and shit. Hence the reason its unbelievable to very get that in sandwich form.

But thats not even the half of it. Today is the first day in his life Feitelberg has decided to eat catfish. Went 28 years without eating catfish. Then, today, September 21, in the year of our lord 2016, John Henry is perusing the menu at lunch and hes like “Yup, you know what? Todays the day. Todays the day I eat catfish. I’m gonna order this catfish sandwich and go eat it in front of everyone in the office.” As Chief of Pre Crime police I think I gotta lock this dude up. I cant have this. I need to set a precedent. One day its catfish and then its tunafish and next thing you know we got people microwaving curry or something. Its a slippery slope in these goddam cubes. Its like NOBODY HAS BEEN LISTENING TO ME. We put an end to this right now or someone’s gonna end up getting crushed by a boulder like Piggy in the Lord of the Flies.

Final Pre Crime Sentencing for eating catfish in the office: 3-5 year bid. Parole offered after 24 months for good behavior AKA eating food like a normal person.