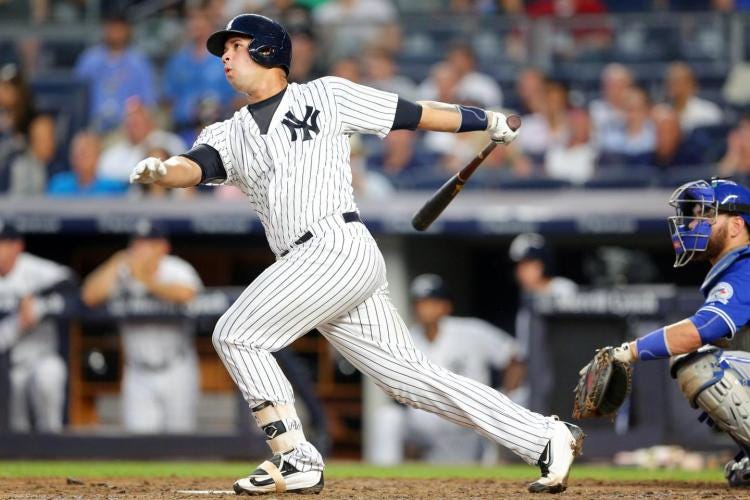 I’m the biggest homer there is, but Gary Sanchez may probably should win the AL Rookie of the year. In only 42 games at the big league level this year, El Gary has 17 home runs and a slash line of .327/.399/.710 while driving in 33 runs. On the defensive side of things, he is playing the hardest position in the game and throwing out 36% of baserunners attempting to steal bases. This is above the league average of 29%. The biggest knock on Sanchez is that if he played every game for the rest of the season (he won’t) it would only total 54 games. It’s tough to say a guy who played so few games, is the most impactful rookie in the league, but there is precedence.

In 1959 Willie McCovey won the Rookie Of The Year award while only playing in 52 games. Along with 13 home runs and 38 RBIs, McCovey had a slash line of .354/.429/.656. This was done while playing first base for a Giants team that will end up finishing with a worse record than the 2016 Yankees. Obviously the league and competition was different and minorities had only been in the league for 20 minutes, but Sanchez winning wouldn’t be unprecedented.

El Gary’s closest competition right now is Michael Fulmer, a rookie pitcher for the Tigers. Fulmer made his debut on April 29 and has pitched to a 10-7 record and a 3.03 ERA in 148.2 innings. Fulmer hasn’t pitched enough innings to qualify for the league leaders in ERA, but if he had pitched more to the same results, he would rank in the top 3. That is a great accomplishment for Fulmer and he has stepped in to fill a big whole for Detroit, but it’s not enough to me.

When comparing the two players, Fulmer will have played half the games Sanchez has. Yes, they have been over the course of almost a complete season but these are things we factor into every general award that a pitcher is considered for. When I think of a starter winning an MVP or RoY award, I need their starts to be appointment television. I want to know that this pitcher is taking the mound because ESPN has jammed it down my throat in commercials and shown me a ton of highlights. I know wins and losses are an old stat, but I need better than 10-7. I need a starter who goes out there and wins games on his own. You only get 1 or 2 shots a week, so make it worth it. That’s where I feel things shift in El Gary’s favor.

If you compare the two players by WAR, Sanchez has the advantage 2.8 to 2.5. In the short amount of time that he has been in the big leagues, this is proof that Gary has done more to help his team and had a greater impact than Fulmer has. For the rest of the season Fulmer will get 2 or 3 more starts, while Sanchez will play in about 10 games. If Fulmer puts together2 great starts he could easily take the lead and win this thing. However, if Sanchez goes deep 3 more times and drives in a handful of runs, while playing great defensive catcher, the award should be his.