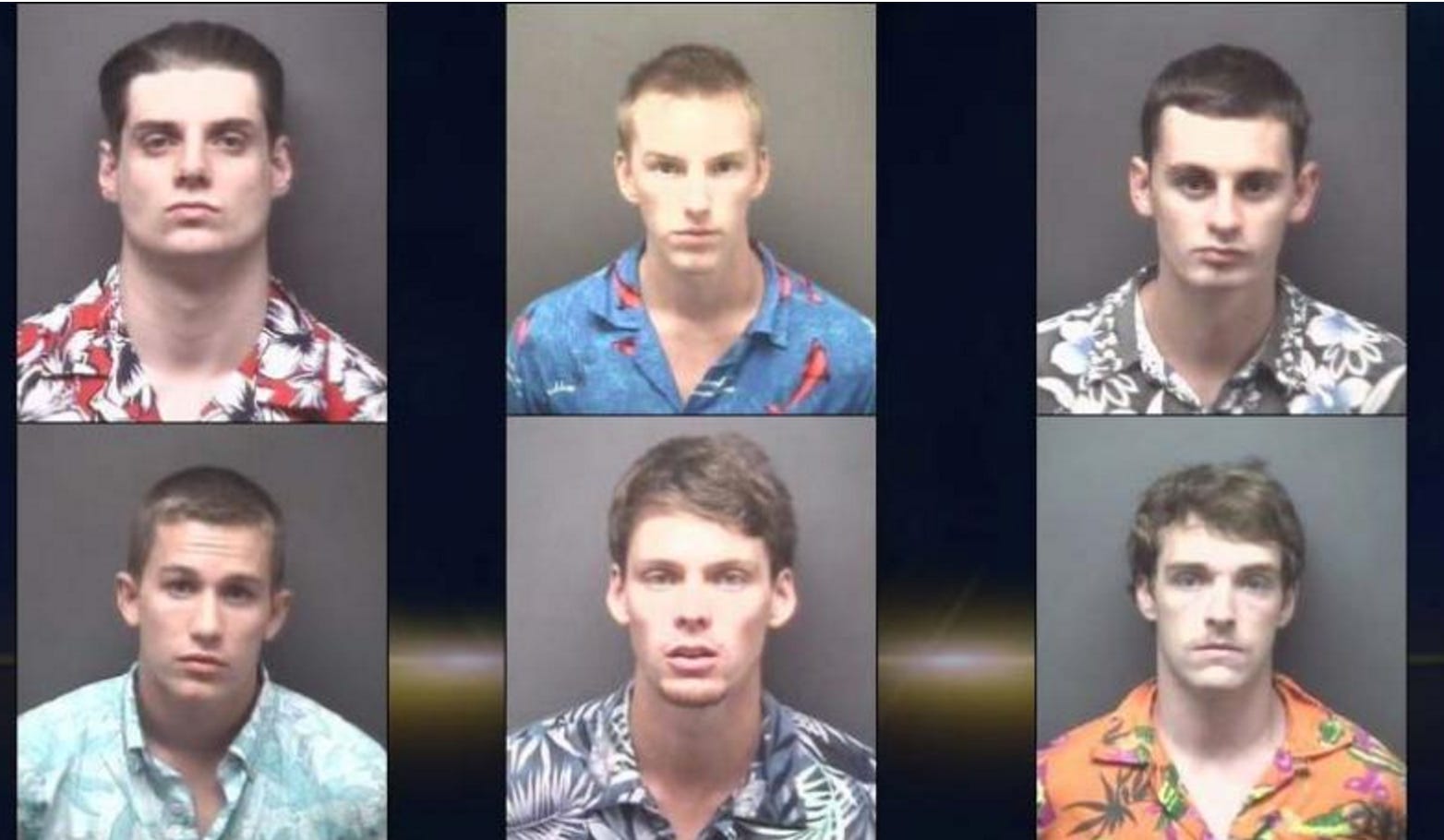 GREENVILLE, NC (WITN) – Six ECU students are facing felony charges after police say they broke into an apartment in an act of revenge.

Victims told police they heard loud banging on the front door and when they went downstairs they found several men had walked through the unlocked door and took their dog.

The victims said when they confronted the men, the group was outside and near the door. The victims told police they closed the door, while the men continued to push against the door in an attempt to open it.

Police say the men eventually left, and did not take the dog with them.

A short time later, police say the men called one of the victims while police were still there and told him to meet them on Library Street to fight. Police instead went there and arrested the six. 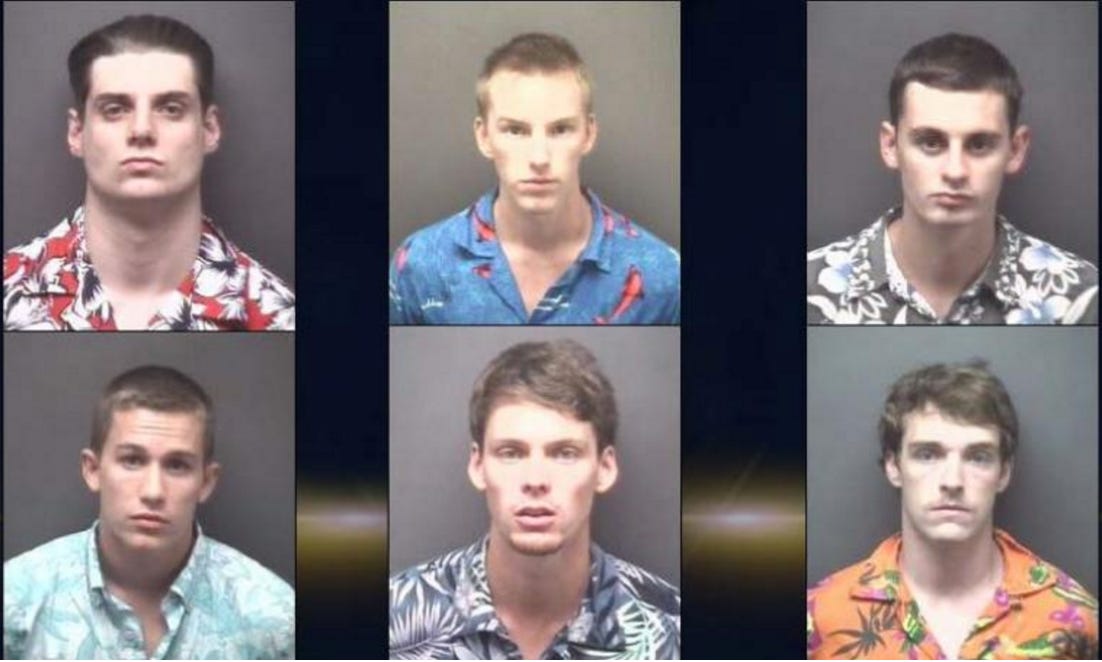 Blended drinks with tiny umbrellas and Sublime on full blast >> breaking and entering with intent to terrorize.