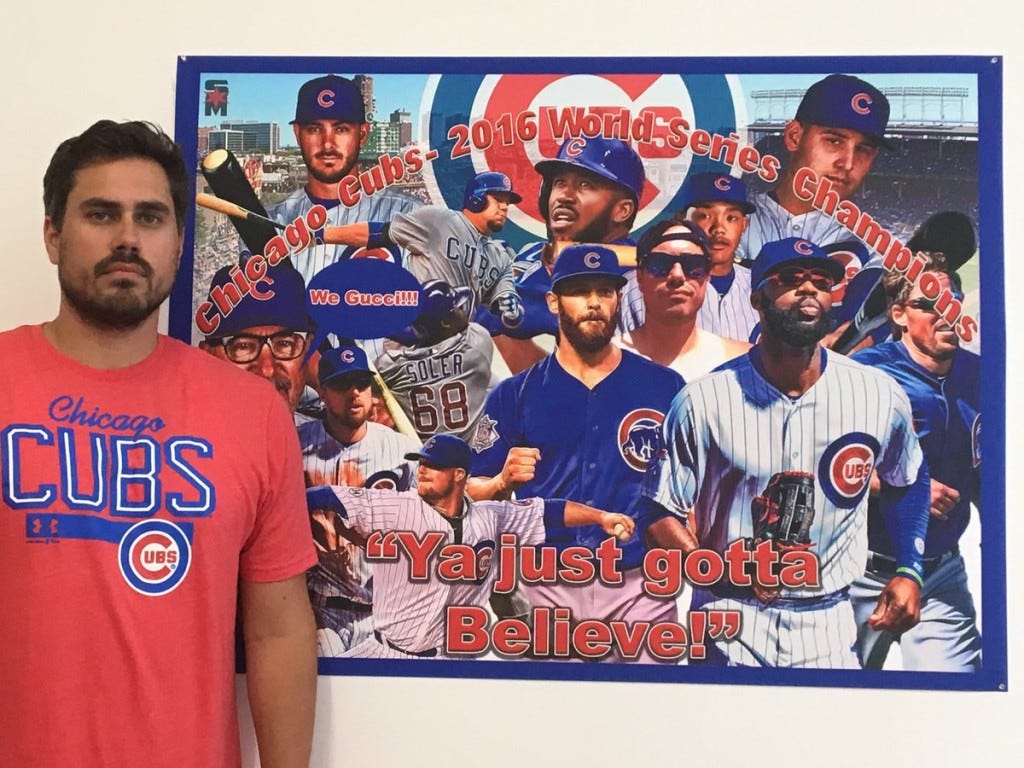 When your working in a office you gotta have some chops-busting with the boys, its part of cube life. Your co-worker strike out in softball last night? Maybe bring in a box of Krispy Kremes the next day and when its his turn to get one, hand him a lead batting donut instead. Your boss’s mom just pass away unexpectedly? Make a mask from a photo of her face and wear it to work to lighten the mood up around a otherwise dreary performence review.

So I went ahead and got Big Cat a little premature treat in poster form. A preemptive reminder about how there is no chance that they lose to the Dodgers in the NLCS after Kershaw shuts them out in game one. Don’t know if you all knew this yet but the Cubs have the best W/L record since Napoleon and nothing bad ever happened to that guy.

But I sincerely mean this when I say that I am genuineley excited to watch the 2016 Chicago Cubs win their first world series in a million years this fall. The party in the windy city is going to be electric. And while I’m concerned about the effect that the after-party will have on Big Cats health, I honestly think that their inevitable collapse to the Red Sox in the World Series will lead to Dave literally bullying him to death. So a quick spinzone for the Cat, either your going to win a World Series or be killed by your own bosses meanness. Either way you definitely won’t give a shit about the Bears going 4-12 and signing Kirk Cousins to a 3 year deal.