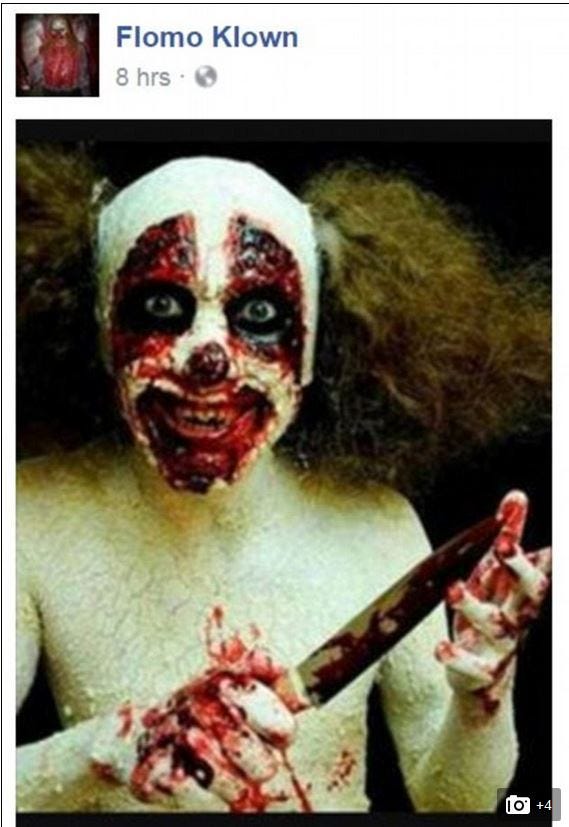 DM – A number of Alabama schools were on lockdown on Monday after a series of Facebook posts from users posing as clowns threatened local children with violence. Posts on the group ‘Flomo Klown’ warned that clowns may show up at two schools in the Birmingham area and one student alerted local police.James Lewis, a school resource officer with Irondale Police, was alerted to the messages by a student at Shades Valley High School although he said there ‘was no threat.’

I’m hesitant to even say what I’m about to say but somebody has to say it. Why doesn’t ISIS dress as deranged clowns instead of that drab black shit they wear? Do you know how much scarier they would be? Like imagine deranged clowns running around blowing shit up? It would legit be the most intimidating thing in the history of the world. I wouldn’t even leave my house. They wouldn’t even have to bomb people anymore. Just have people walk around the streets as deranged clowns and everybody would freak out. It’s such a no brainer. Honestly thank god ISIS doesn’t have my brain working for them. It would be lights out America.

PS – I don’t know how Alabama can say there was no threat. Deranged Clowns on facebook is an automatic threat. Automatic.