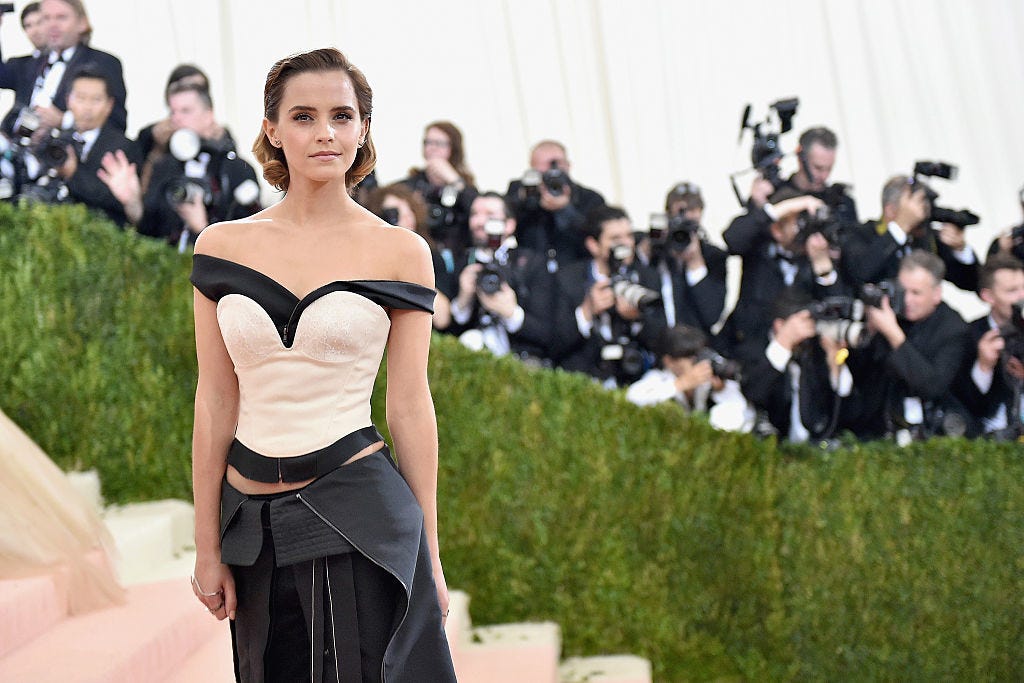 TMZ – Emma Watson got justice by siccing her legal team on a site that posted racy pics of her in a see-through top without a bra.

Emma’s lawyers sent a cease and desist letter to the website, Celeb Jihad — which somehow acquired private photos of Emma in a sheer top. The outfit exposed her breasts and nipples.

Her legal team put it in pretty simple terms — Emma owns the pics and the copyright on them, so Celeb Jihad was breaking the law by posting them. According to the letter, the photos were taken by Emma’s stylist, who then gave Emma all rights.

Message received loud and clear — shortly after the site got the letter, Emma’s pics were removed.

But secondly this is one of those things where they might have been better off letting this one ride. Once you send that legal letter, it’s like a big flashing sign saying “HEY THESE ARE REAL MAKE SURE YOU SAVE THEM AND POST THEM ON PORN SITES AND REDDIT IMMEDIATELY.” And if you go to that Celeb Jihad site, it’s literally just a bunch of classic early internet fake celebrity photoshops, Sansa from Game of Thrones‘s head haphazardly cut onto a set of Latina girl tits, Margot Robbie flashing while dressed as Harley Quinn in a scene clearly not actually left on the Suicide Squad cutting room floor, Katy Perry’s “leaked cell phone pics” where she’s decided that being one of the world’s most famous pop stars means it’s a good idea to send spread eagle shots….no one for a second would think any of these are real. But the second that cease and desist letter goes out, you’ve basically Streisand effect’d your client’s nipples into the perv internet’s consciousness. I mean check out the TMZ comments:

Lamar “Penis Pills” Odom would have had no idea this even existed before the cease and desist and you have to imagine he’s something of a connoisseur based solely on his online branding. Just a bad job understanding the internet and how it works when you want to keep nipples under wraps. No amount of whimsical British magic can undo those pokies now.

Anyway since this is a site primarily of amateur legal experts and fashion aficionados, you may want to see the pictures yourself to make a judgment. So, call it a hunch, but I think you might be able to see the photos at the top two links here. Don’t be as enthusiastic as Lamar “Penis Pills” Odom, though. We’re professionals here, like going to see a doctor.