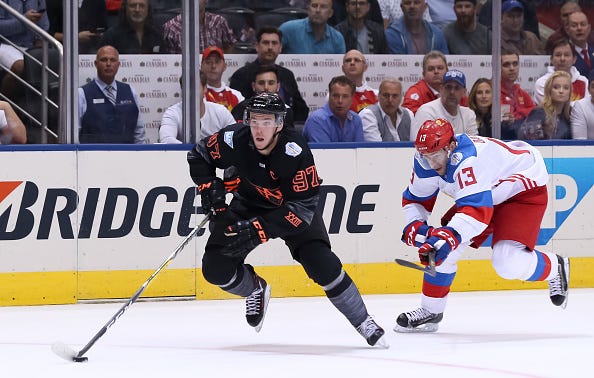 Maybe internet bloggers aren’t the best authorities on love. I get that. But I’m a firm believer that when you are in love, you just know it. It feels like you just mashed the shit out of a home run. Your heart is racing a million miles a minute and you feel like you can take on the world for those brief, fleeting moments. And that, my friends, is exactly how I feel every single time Connor McDavid touches the puck while he’s playing ice hockey sport.

There aren’t too many players in the world who have that power. The power to make you forget how to do almost everything–including how to breathe–when they have the puck on their stick. You just sit there waiting for something incredible to happen. Connor McDavid is one of those players.

Live reaction to that goal:

First, the kid blows past Pavel Datsyuk through the neutral zone. In case you forgot, Datsyuk is only one of the best defensive forwards the game has ever seen soooooo yeah, kind of a big deal. McDavid bullied him. Then he had to thread that pass through Emelin, through Bobrovsky, on the backhand, and still puts it right on Auston Matthews’ tape. Unfortunately it wasn’t enough for the Millennials to Rocky IV the balls off of Russia, but Connor McDavids don’t grow on trees. They only come out of some guy’s testicles once every 10 or so years. So enjoy this kid while he lasts, because it’s a goddamn treat.

Some more highlights from TNA vs Russia last night.

1. I’m not all too convince that Putin didn’t have anything to do with the kids giving up 4 goals in the 2nd period. Did he threaten them? Did he walk into the Russian locker room during the 1st intermission and inject all the players with meldonium? I don’t know the specifics, but I do know that something smells fishy around here.

2. I hate that I have to hate Evgeny Kuznetsov. 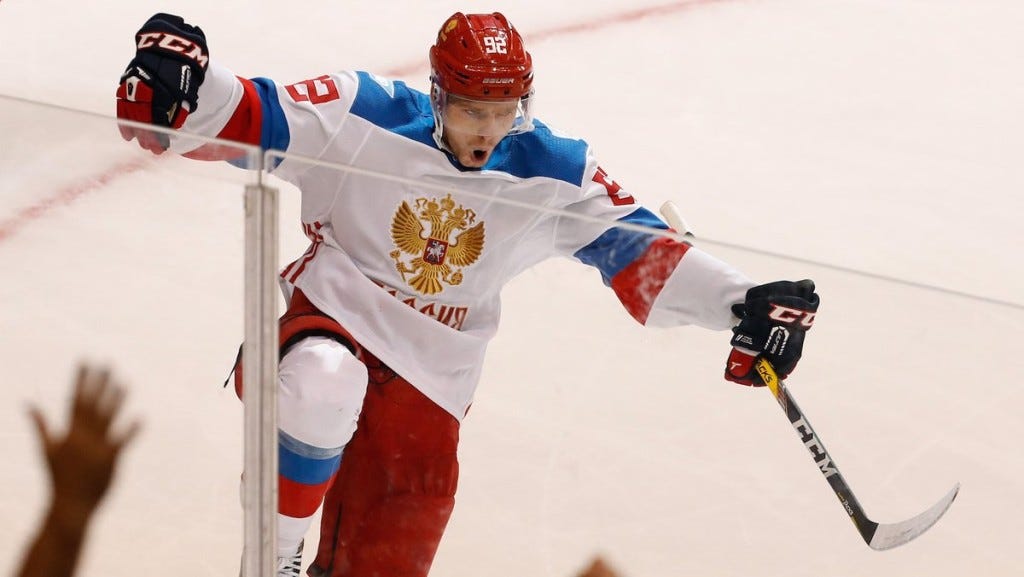 The fact that he’s A) a Washington Capital and B) Russian really forces my hand here. But let it be known that under any other circumstance, Kuzy would be in my Top 5 Holy Shit That Guy Is Good list.

3. Though for sure that Ghost Bear was about to seal the deal on making last night the best night of my life in the final moments of the 3rd period.

Kid murdered the post. The post’s wife and kids are going to be so sad. But the puck just bounced the wrong way and we’ve got 4-3 Russia as the final. But imagine a buzzer beater to tie the game from Gostisbehere the same night that Carson Wentz went to Chicago and dismantled the tits off the Bears? Philly sports hasn’t had a night that memorable in a coon’s age.

4. Somebody get Jack Eichel some ibuprofen.

5. I know he looked like shit in the 2nd period… but ho boy is Matt Murray’s set up in Team North America’s home jerseys something. 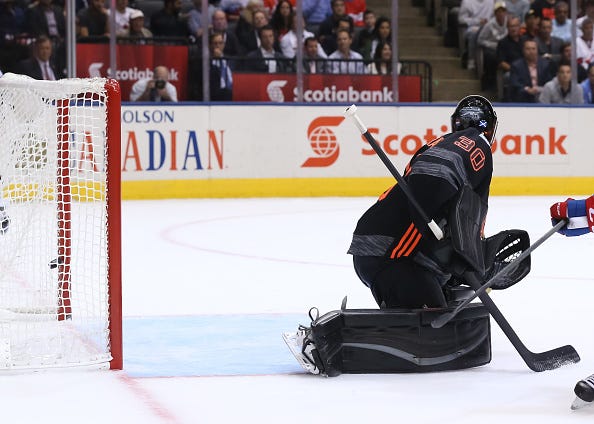