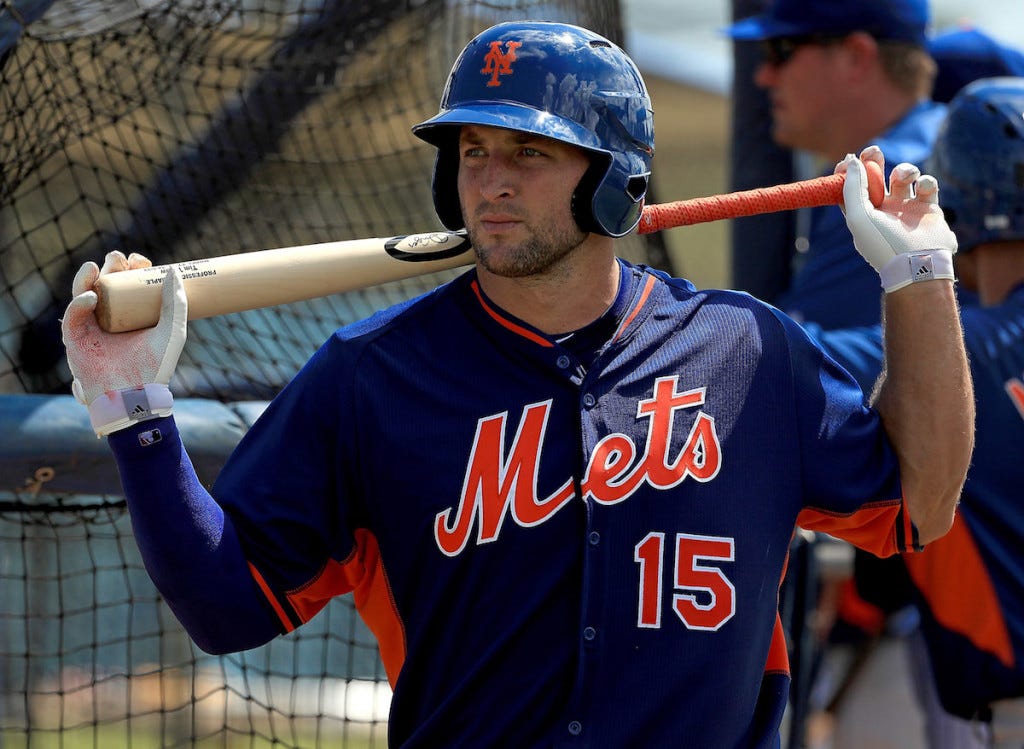 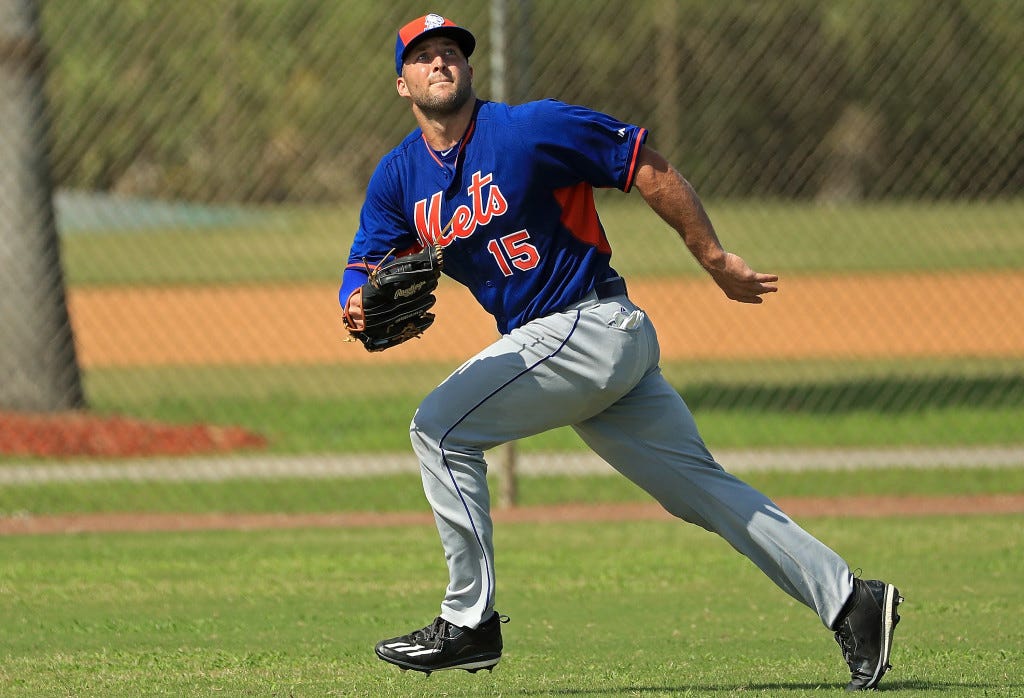 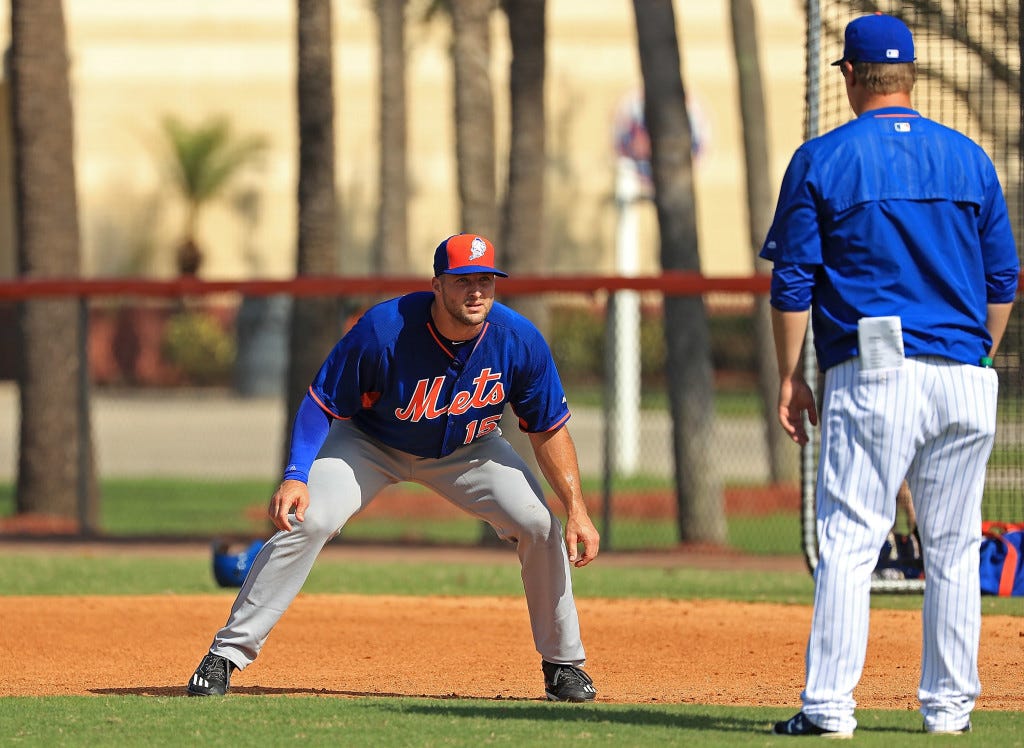 aaaaaaand we’re off! Poor Timmy Tebow; nobody’s giving this guy a snowball’s chance in hell at making it to the big leagues. Mike Lowell was on MLB Network this morning saying he’d be impressed if Tebow could hit a buck seventy in his first minor league season. You suck if you can’t hit your own weight, but the bar is now set at 75 points below Tebow’s weight as a measurement of success. Rough. Regardless of the fact that there’s a zero percent chance that he’ll have a successful major league career, or reach that level at all or anywhere close to it, his jersey is the second most popular selling Mets jersey right now.

And I know what that tweet says, but what do you think “custom name jersey” means? People who think that you can’t buy official Tebow Mets jerseys are custom making them. If it sounds odd to you that you can buy officially licensed Tebow jerseys while he’s only in instructional league, it’s because it is. Here’s an explanation:

Teams usually are not allowed to use a player’s name or image until he makes the 40-man major league roster, as those players are not considered part of the union. But sources said Tebow signed a bridge agreement with the official jersey supplier Majestic Athletic last week, which allows the company to merchandise him before he makes the majors.

Cash money dollars, baby. Don’t feel bad for Tebow if he doesn’t make it past Single-A, because he’s going to be cashing big league checks from all the merchandising that both Tebow and the league are going to get out of this little sideshow.