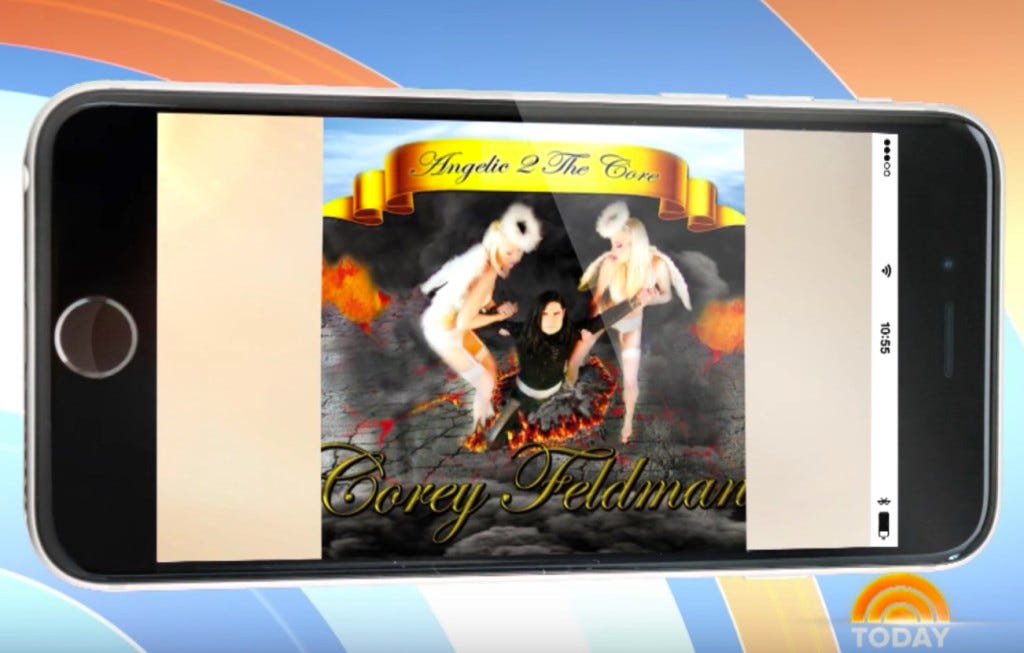 DailyMail – [O]n Saturday, Corey Feldman took to Facebook Live – in a post that has since been deleted – to share his devastation at the ‘painful’ reactions, as documented by People.

The 45-year-old got emotional as he criticized people for ‘public shaming’ him, breaking down into tears as he revealed: ‘We can’t get out of bed right now. We’re petrified to even go out.’

Speaking of the performance, which was mercilessly ridiculed online, he continued: ‘We put ourselves out there and we did the best that we could. And, like, I’ve never had such mean things said about me. Like constantly.’

The Stand By Me star then began to cry as he insisted that they had ‘tried really hard,’ and condemned the response as ‘awful.’

Corey reminded everyone that it was ‘just a song,’ insisting that the performance ‘wasn’t that weird,’ and did not merit such shaming.

‘I’m sorry if it’s not good enough for you, but you don’t have to beat us up. I just want to say that, like, why is it okay to, like, publicly shame us?’

When Michael Jackson may have touched you as a child but apparently didn’t inject you with magic talent juice:

But as much as we may joke, Corey Feldman is dead on here. How come we have to coddle the fatsos and the people missing fingers and the pirates walking around with their stupid wooden legs but we don’t coddle the real heroes, the content creators who are out there bravely prancing about and doing some sort of puppet dance in a shawl looking like a total asshole on national TV? Who’s really taking a chance, some kid missing an eye going to school and dealing with shitty cyberbullying remarks from awful kids or the aging Botox’d former film star who somehow duped four women into wearing halos and serving as his “Angels” as if that’s a step forward into their career? I mean when you spell it out like that, there’s simply no arguing Corey Feldman’s case here. What if people laughed at Michelangelo painting the Sistine Chapel because they weren’t able to digest the visage of God and laid out before them? It may very well be no different than how you or I perceive Corey Feldman looking like a vampire about to be surprised on a makeover show or this rapper dressed for an urban recasting of the announcer in the Nathan’s Hot Dog Eating Contest: 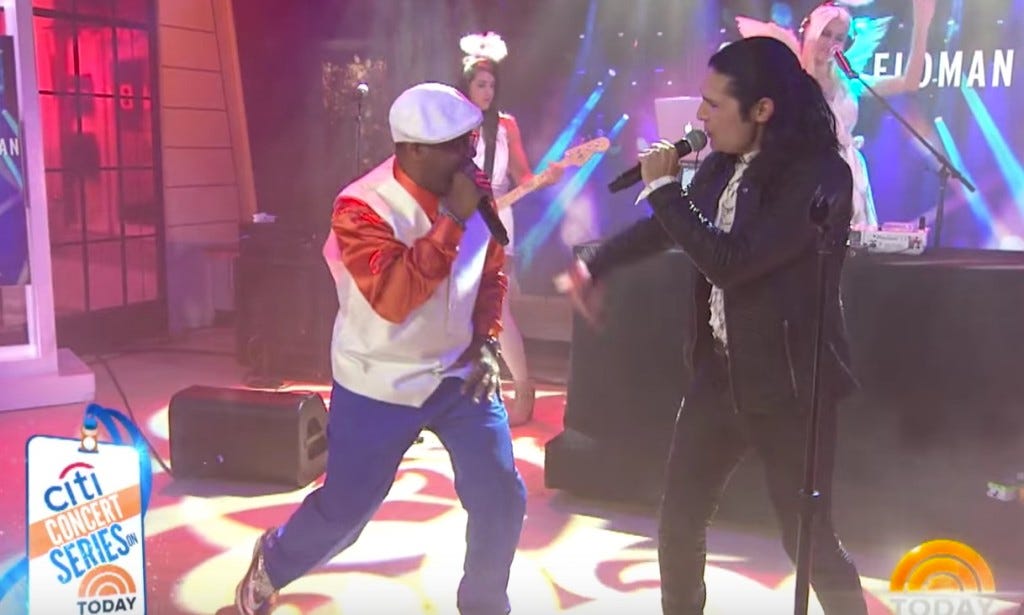 Art is subjective. So you know, kudos to you Corey Feldman for being able to do this, probably addle your brain with enough drugs to think it’s good, and then not be able to take criticism. Just keep creating things like this for me to enjoy and I’ll have your back every step of the way. In my opinion, Corey, there’s no need for you to get lost, boy.

Also shouts to Corey Feldman’s Angels. Shouts/maybe slight concern after looking into their lifeless eyes that they’re being held hostage in some sort of Ariel Castro situation. Blink twice and tip your halo if you need help: 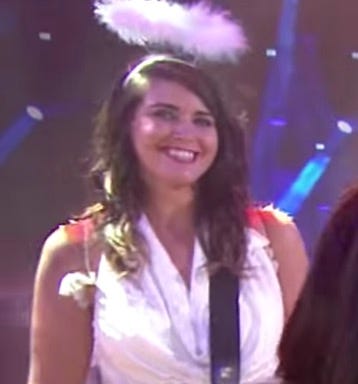