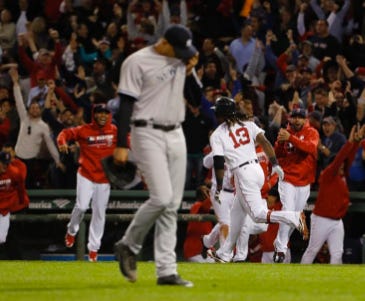 I think the title says it all. Last night was an absolutely soul crushing loss for so many reasons.

So there you have it. Those are the top four reasons that last night’s game sucked a big one. Beyond that I have guys like Carrabis and his lowlife followers chirping me and Dave, who can’t even give me a mention to get some pity followers for me. Must be mad about that blue check situation. #TheTeam