Players bug out when you throw at their heads. Pretty understandable — nobody wants to die, get their brains scrambled, or their vision permanently impaired. But people get thrown at in baseball all the time, and throwing at a batter one hundred percent has its place within the game. However, it’s pretty fucked up to throw at a guy’s head, and if you do, you’d better have a really good reason for it. Did Jose Ramirez have a good reason for throwing at Jose Fernandez’s head last night? Let’s take a look.

In the top of the second, Nick Markakis took Jose Fernandez deep. Didn’t pimp it. Just homered, ran hard out of the box, didn’t stare at the ball, and went into a standard home run trot. No big deal.

In the top of the fifth, Fernandez ended up on the ground after swinging wildly at a pitch by Julio Teheran. Everybody’s laughing, and having a grand old time. Nothing to see here.

The very next pitch was up by Fernandez’s face. Should Fernandez have been upset about this? 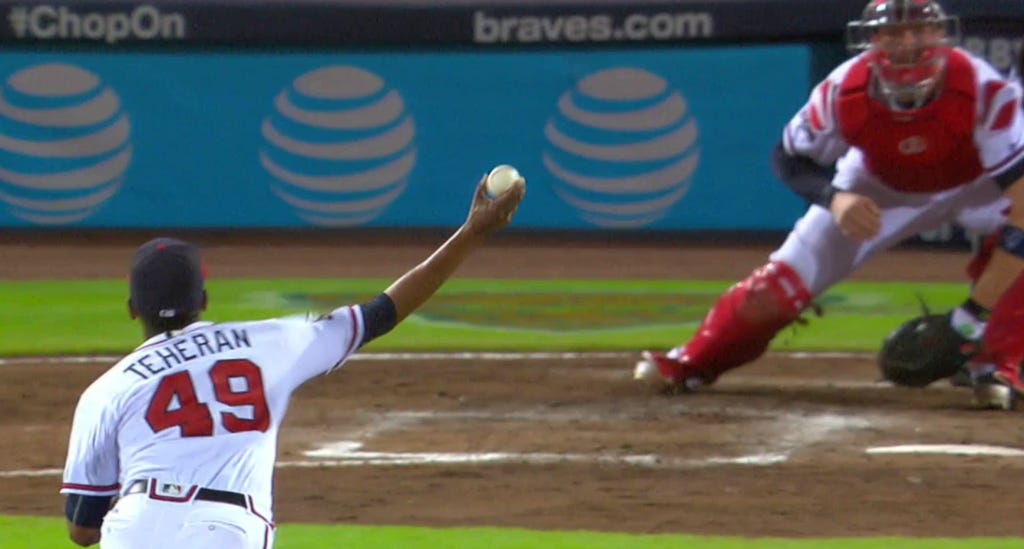 Nah, dog. It was a slider that got away. Judging by Fernandez’s reaction after being brushed back, I’m guessing he either knew that it was a slider, or assumed that there was no intent, because we clearly know what happens when he thinks there’s intent.

The very next inning, Martin Prado gets hit. Again, probably not intentional. I don’t think there was any reason to hit Prado at that point. Fernandez didn’t react aggressively to being brushed back by a slider, so there was no reason for the situation to escalate. Buuuuut it did.

In the bottom of the inning, Markakis gets drilled with, what seemed like, very clear intent. Fernandez did it the right way — hit him in the ass. For what? I’m not really sure. Hitting a home run and not provoking the other team afterwards? Not cause for getting thrown at. For being brushed back by an accidental pitch? Doubt it. I guess it would have to be for Prado getting hit, but I honestly don’t think that was intentional, because it didn’t make sense to hit him, either.

Either way, the next frame is when Fernandez got a 95 MPH heater over his head. That’s fucked up. That’s also one of the very few reasons why I like pitchers hitting in the National League is that they have to be directly accountable for throwing at guys. In the American League, your ace can throw at the star player on the other team, but then his star player is getting one in the ribs his next time up. Eye for an eye. But, really. You’re gonna throw one at Fernandez’s head for pegging Markakis off the ass? Bush League. Fernandez is a great liar, though.