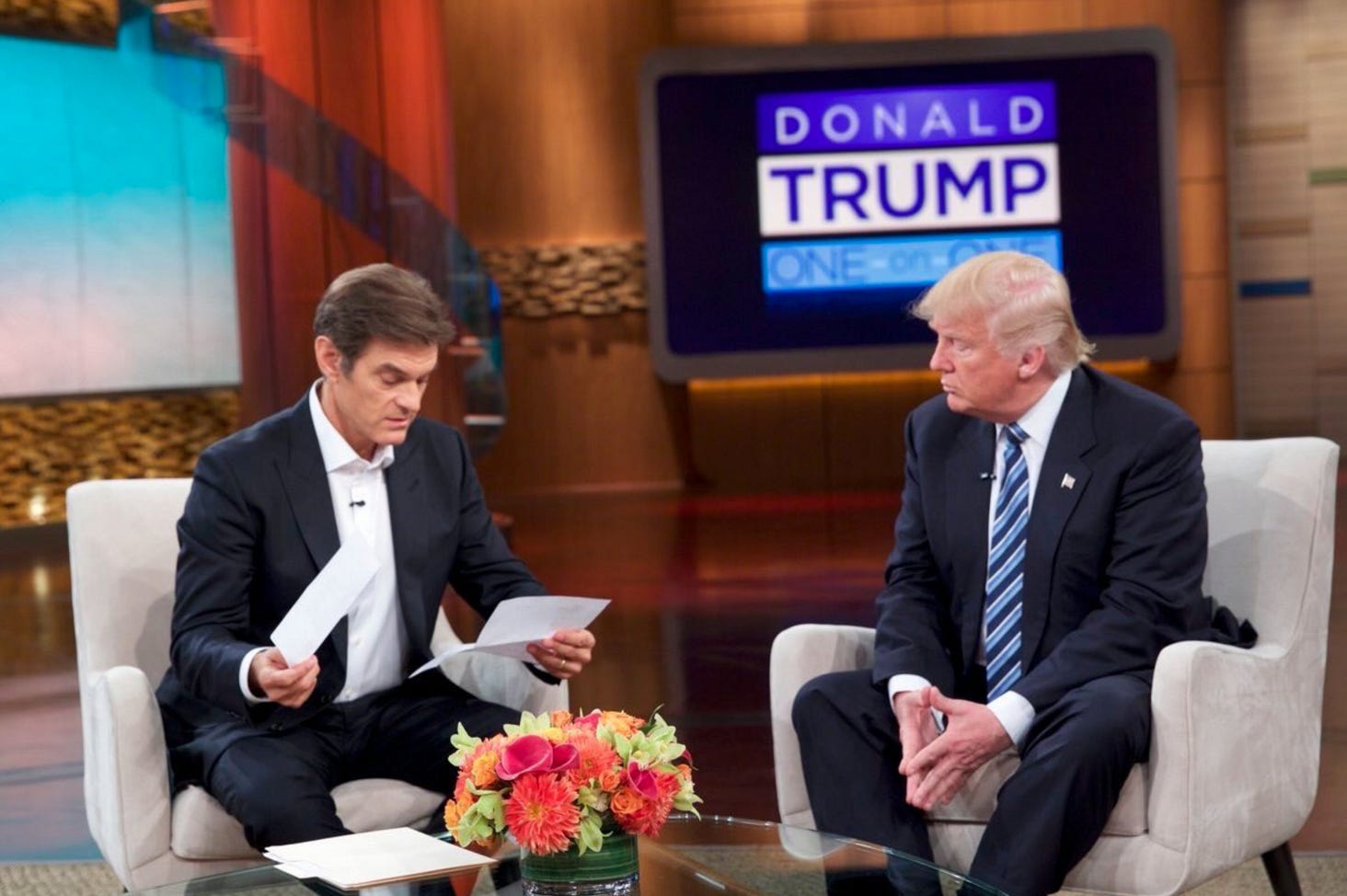 The “Oz” episode, taped on Wednesday morning, will not air until Thursday. But a campaign spokeswoman confirmed that Trump handed Dr. Oz a one-page summary of the physical exam he underwent last week.

The physical was conducted by Dr. Harold N. Bornstein, the same doctor who previously said Trump would if elected be the healthiest president in history.

The campaign plans to share the information from Dr. Bornstein on Thursday.

Donald you dog! What a surprise! A stunner! So Trump’s response to the surreal Hillary collapse on Sunday has been hilariously measured. It’s hilarious because he’s thrown out lines like “I hope she gets well soon.” Just trolling the shit out of her. And after teasing Dr. Oz with the possibility of releasing the results of last week’s physical exam, he said he wouldn’t. Said that plan wasn’t finalized.

.@JohnBerman: Oz might be great and powerful, but that doesn't mean he gets Donald Trump's health information https://t.co/nxiDMjpqpV

But the Donald doesn’t simply stay measured forever. In a display of master showmanship, he walked out this morning and handed Dr. Oz a one-page summary of the results during today’s taping. The crowd went wild.

It’s laughable how well Trump knows how to use the media. No one in politics is even close. Here he’s a 70-year-old clown that looks almost as ridiculous as he actually acts, yet this week he’s juxtapositioned himself as the healthy alternative to a mysteriously ill Hillary, and managed to feed that narrative with things like surprise reveals on Doctor fucking Oz.

PS — This is a line every married man has tried to feed his wife for centuries. No I don’t exercise but I do play golf and I’m really good.