Former president and amateur artist George W. Bush is slated to release a book of paintings early next year.

“Portraits of Courage: A Commander in Chief’s Tribute to America’s Warriors” is slated for release Feb. 28. The book will offer 66 color portraits and a four-panel mural of U.S. military members painted by America’s 43rd president, according to the product’s description.

The book will include forewords by former first lady Laura Bush and retired Gen. Peter Pace, who served as Bush’s chairman of the Joint Chiefs of Staff.

The profits from the book will be donated to the George W. Bush Presidential Center, which has a military service initiative focused on helping post-9/11 veterans and their families.

The range of emotions I felt when I first read this press announcement rivals only that of the first time I experienced an actual orgasm.

I want George W. Bush’s first painting book to be his paintings that put asses in the seats: his animal paintings.

His animal paintings are pure trinitrotoluene. I can’t get enough of them. When I see a George W painting book is coming, I get close to coming as well. It’s only natural.

I mean, just look at the power move that is GWB’s signature. Signing your name as a number and everyone knowing who you are might be better than being Oprah or Madonna or Serena. Just 43. WHEEWWWW. 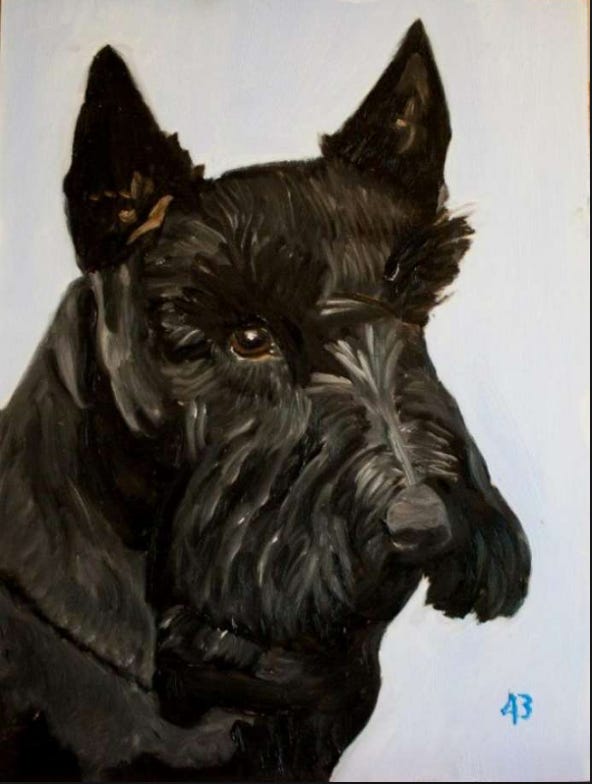 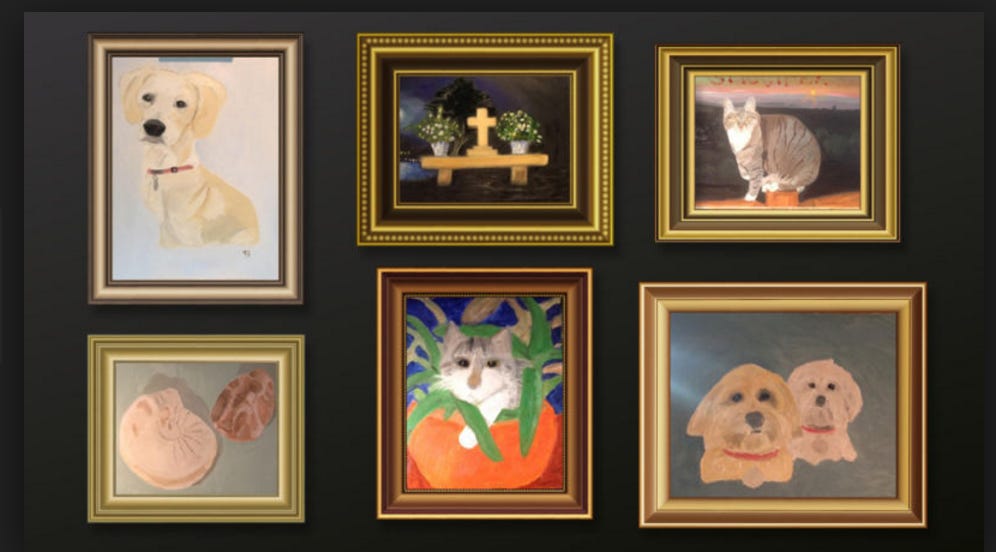 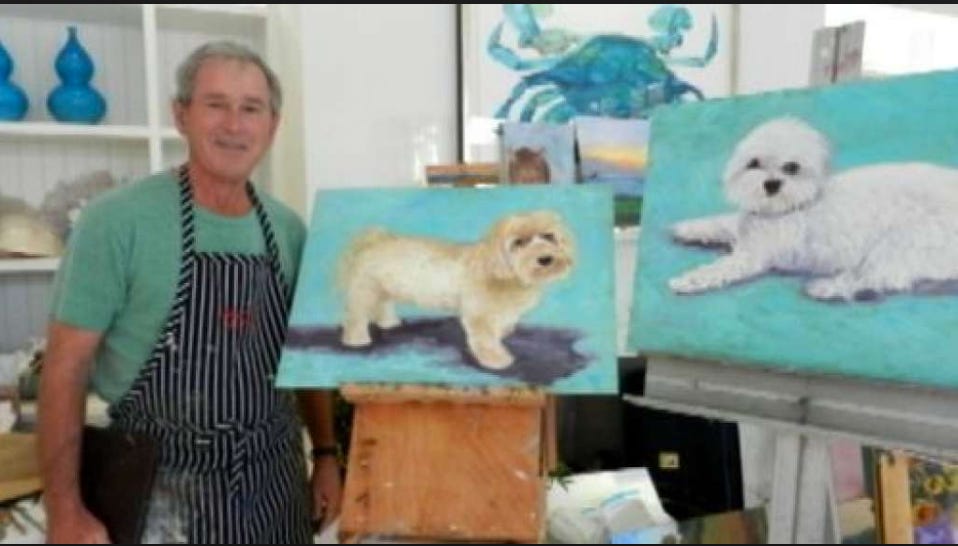 I’m sure the troop book will be great and it’s for a great cause and all but give the people what we want, George. Give us more puppies and cats!