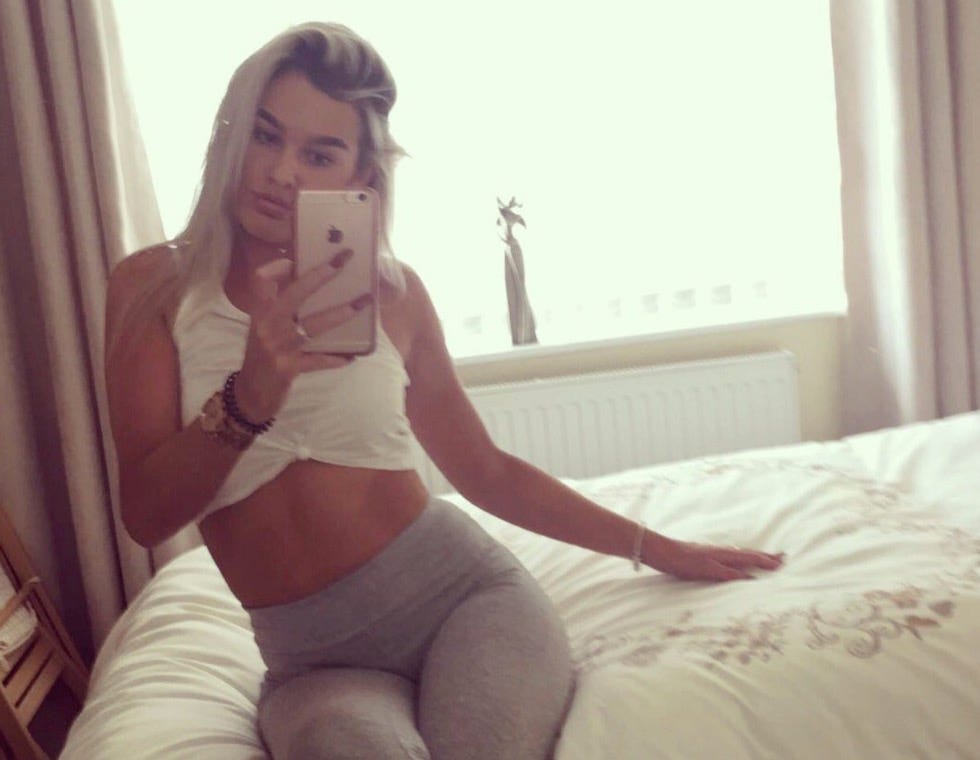 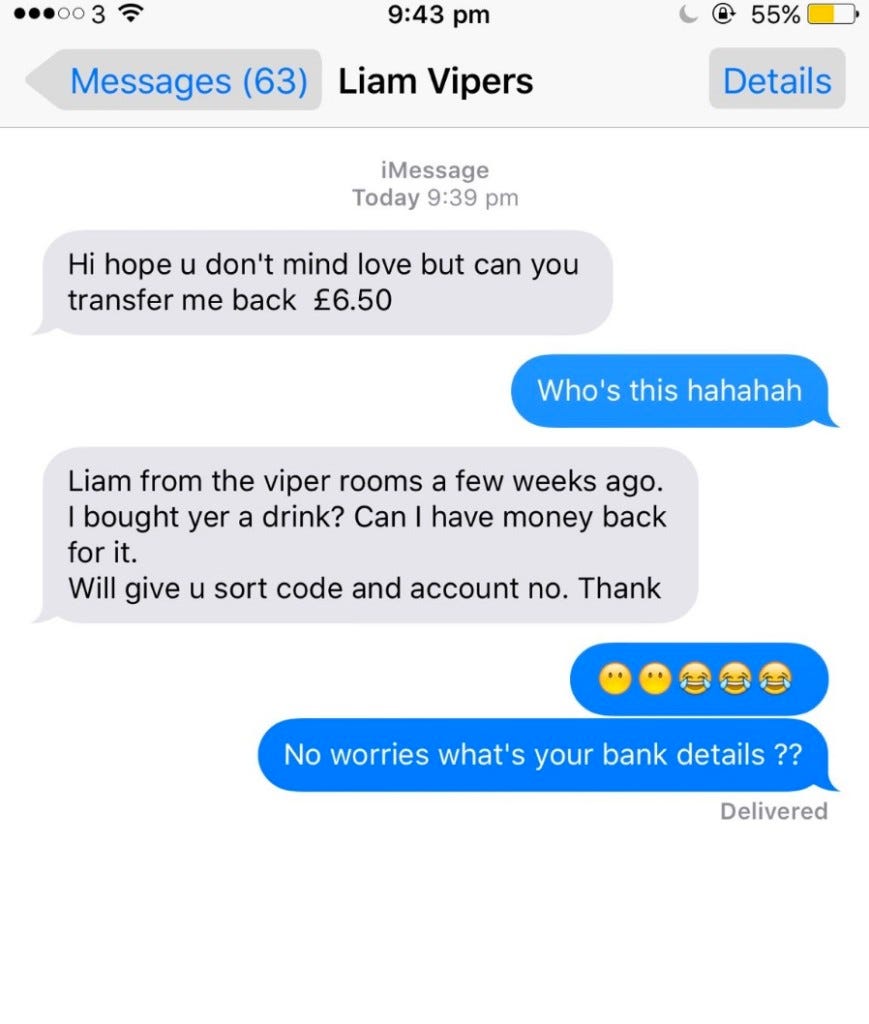 Ladbible – When 18-year-old Abby Fenton from Barnsley accepted a drink from a guy in a nightclub, she probably didn’t expect him to text her a few weeks later asking if she could transfer him the money for it. However, that’s exactly what happened.

The Biomedical Sciences student said she was on a night out with friends when a guy called Liam approached her at the bar.

She told TheLADbible: “He came up to me and he seemed okay. Then he offered to buy me a drink so I accepted then walked off to join my friends.

“I couldn’t tell you what I asked for, I can’t remember. I think I just asked for something with vodka in.” Fair enough.

She added: “I just remember him being tall. I literally asked nothing about him. I didn’t find him good looking, I just thought it was a free drink.”

I want to make one thing clear up front: If you ask for money back for a drink you bought a chick, you are a crazy person who probably deserves to never be allowed to put your penis in or around a woman ever again. It’s the cheapest, most awful look you can put out there and one that I feel like chicks probably talk about in their monthly meetings to make sure no one ever makes the mistake of considering you a viable sex partner. And it’s not even like it was some extravagant date where you spent hundreds trying to woo her or something with every luxury imaginable. One drink for less than ten dollars is not the place to draw the line in the sand no matter how broke you are. Give a dude at a rest stop a handy for the cash before doing that, there’s more dignity in that game than asking a chick to wire you an Extra Value Meal’s worth of cash.

But her explanation for taking the drink kind of annoyed me. She didn’t want to learn anything about him, wasn’t into him physically, I mean yeah he 100% shouldn’t be a cheap dick but if that’s the kind of attitude she’s walking in with, I don’t blame him for being a little jilted by the process. Not jilted enough to make a stand over for $9 US but a little jilted. I personally don’t care about buying drinks that go nowhere even in a spot where you meet someone off Tinder and it’s clearly not going to be thing, sort of an opportunity cost thing where you take that hit in the hopes of finding love or some reasonable approximation. But I would never tell a girl that, even when you have one of those dates where you both know you’re just killing time since you showed up. You have to at least pretend to have some interest in the person, otherwise everyone involved just looks bad and this guy doesn’t need any additional help in that process. I expect better dating manners from 18-year-old fuck girls moving forward.