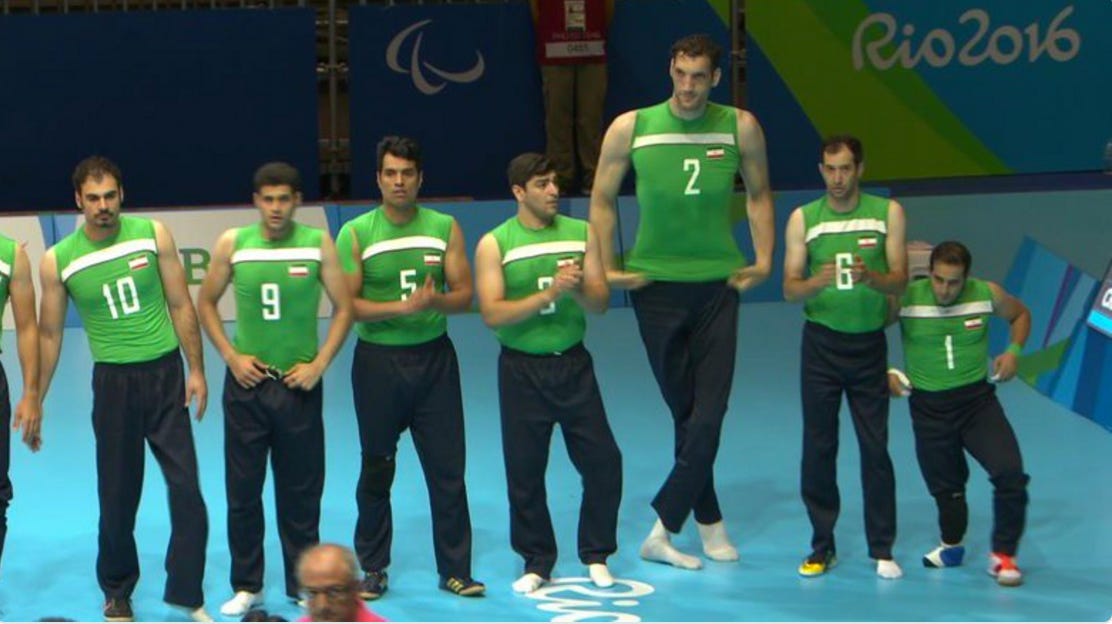 RIO DE JANEIRO — Greg Walker encountered the tallest man in Iran in the dining hall of a hotel in rural China. Walking with crutches, the man, Morteza Mehrzad, ducked beneath a towering archway. Once through, he straightened his back, unfolding his 8-foot-1-inch frame. Walker’s first thought: Wow. His second thought: Oh, this is bad. For at that moment, Walker, coaching the United States men’s sitting volleyball team in a tournament in China, realized that Iran had intensified the competition to find tall players leading up to the Paralympics. A variation of the able-bodied sport, the game is played by people with various impairments who, sitting and sliding along the floor, volley over a nearly four-foot net. Height truly matters, and after integrating two players who are 6-foot-7 and 6-foot-10, Brazil emerged as a global power. But with Mehrzad’s entrance into the competition, Walker, and the coaches of other nations, must rethink their strategy. Or find taller players.

8 foot fucking 1! I didnt even think that existed! Half a foot taller than Gheorge Muresan. 7 inches above Yao Ming. And in the ultimate cruel twist of fate – he’s gotta play his sport sitting down.

Thats some Twilight Zone shit, man. You wish to be 8 foot 1 but you cant walk. I mean it makes perfect sense – no chance you can be over 8 goddam feet tall and have a fully normal body, but I mean what a shitty set of circumstances. If this dude can even remotely move, he’s getting probably a 5 year deal from the Knicks. The Zen Master would cum in his pants thinking about running the Triangle with an 8 footer. But alas, instead he’s in the Paralympics, playing volleyball on his butt. I’m sure he’s like the King Kong of Ass Volleyball considering he can still reach SIX FOOT FOUR when sitting down, but man, he’s gotta wonder “What If?” The difference between at least a few million bucks and handicapped volleyball. Life is cruel.

But lets not shed too many tears for Morteza Mehrzad. Dude is probably a fucking titan of Paralympic Volleyball. Within that small subset of culture, he’s Shaquille, Kareem, Russell and Chamberlain all rolled into one. I’m gonna go out on a limb and say he hasnt fucked tens of thousands of women and he’ll probably unfortunately die at a very young age but for right now this guy is king of the handicap volleyball world.