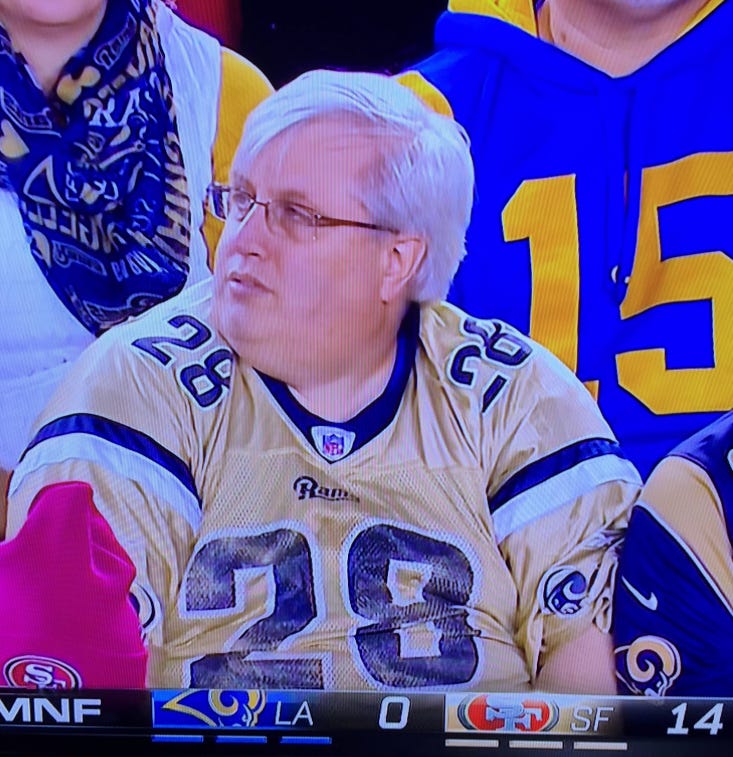 You know when people say, why don’t we care more about player safety or concussions or whether or not NFL players are scumbags? Well last night was exactly why. There is a simple truth in life. Football, no matter what the quality, is and always will be better than no football. Last night’s Monday Night Football game was the worst game I have watched in a long long time. Not to be hyperbolic but Case Keenum is the single worst NFL Quarterback I have ever watched in live game action, and I’ve watched some really bad Quarterbacks. He couldn’t throw it more than 5 yards down the field and even when he threw it less than 5 yards there was a 50/50 chance he would get it tipped or throw it into the dirt. When he scrambled he ended up 5 yards short and thought it was just an inch.

He went 17-35 for 130 yards and 2 interceptions. I’m sure there have been worse numbers but there have never been worst overall performances. There was zero percent chance the Rams were getting in the end zone. Zero. Never even a threat. The Rams offense was so bad that Aaron Donald lost his mind and got ejected.

Just look at the drive list. Look at this shit.

And then on the other side of the ball you had Blaine Gabbert, who actually played pretty well, or as good as Blaine Gabbert can play. That’s how bad this game was, that Blaine Gabbert throwing for 170 yards and a touchdown was the saving grace. Chris Berman audibly sweating into our ears, Blaine Gabbert playing C+ football, and Case Keenum/The Rams Offense setting the game back 75 years. I can’t believe I love this sport as much as I do and that’s exactly the point. If Roger Goodell can get us to watch this shit then he can get us to watch anything. He owns our mind, body, and soul. It’s over, it’s a wrap. You know it, I know it, and the guy who wore his best pre torn acid washed jeans knows it. 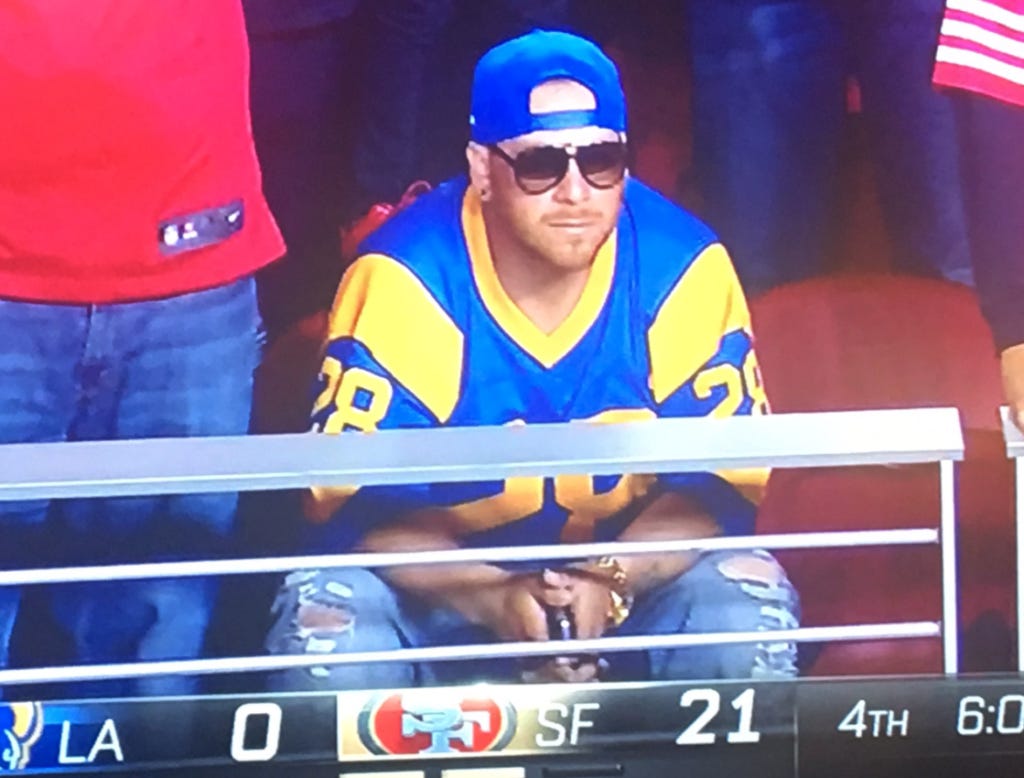 We’re robots to the NFL and I’m not even mad about it. It’s so sick that I woke up this morning after watching football until 1 am and immediately checked the schedule. I’m already looking forward to the 13-10 Jets/Bills game on Thursday, that’s so fucked up.

The best play of the night was the fan running on the field and Kevin Harlan’s accompanying call that no one got to hear until this morning because he was doing the Radio Broadcast.