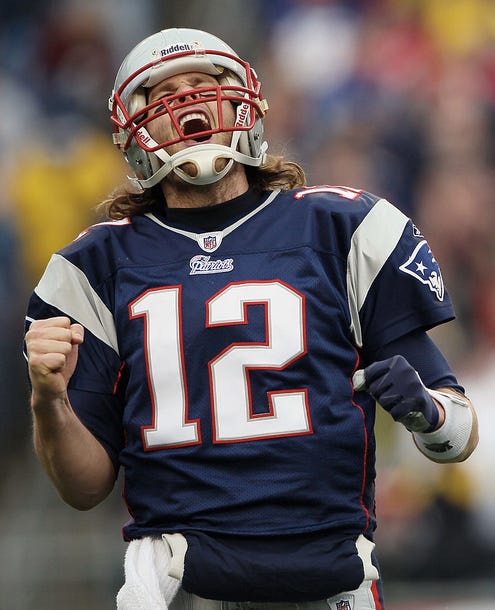 (WEEI) —  Speaking with Jim Gray on Westwood One as part of a weekly segment on Monday night, Brady supported the work of Garoppolo, as well as the rest of the roster, for all doing their part in the dramatic road victory.

“I thought he was great,” Brady said of Garoppolo, who was 24-for-33 for 264 yards and a touchdown pass. “I thought it was a great night for him and our whole offense. I think the one thing you realize as the quarterback is everyone being in sync and being on the same page and the communication with your teammates is so critical. For us to go in there and get a win like that, it was great for … obviously our offensive football team. The defense played great. Special teams. It’s such a team sport. And Jimmy did everything he was asked to. It was a great way to start the season for our team.”

He added: “It was a great game to watch. That’s a tough environment to play in. The team went in there and it looked like they were focused, prepared. They played well in so many areas. It was great to see the offense get off to a great start with a great first drive. A lot of great plays from Jimmy and the skill players. The offensive line did a great job. To get up, 10-0 like that is huge. I think that was a great way to start the game for our team. We always talk about starting fast, and we certainly got off to a fast start last night.”

As for how he spent the day, Brady said he was at home in Boston with family and friends, working out and watching football.

“It was fun to sit on the couch and see a lot of those games from a different perspective,” he said. “It was great to see the Patriots finish off the night with a huge win in Arizona. So I was really pumped to see that.”

I haven’t heard this interview, so maybe it sounded different on air, but in reading this it’s pretty clear that Tom Brady is hanging on by a thread. That many greats ain’t natural. Nothing has ever been that great in the history of the world. The abolition of slavery, end of World War II, microwaves, winning the Revolutionary War, the air conditioner, wheels, Ecto Cooler… those were all 12 greats, max. Thirteen is something we’ve never seen before. Where was Tom Brady during this interview? Do we have a location? Because I wouldn’t be surprised to find out he was rocking back and forth in a padded room while wearing a straight jacket. Maybe he was locked in his home theater, watching game film and pissing in empty milk bottles like Howard Hughes. I don’t know. I just know that if you say great that many times, things aren’t great.

Bright side of this? He’s going to erupt come week five. Absolutely erupt. Ever gotten in a “fine” fight with you girlfriend? Of course you have. Every single response is “fine.” Everything’s fine. She’s fine, the world’s fine, the food’s fine, her day was fine, etc, etc. When you hear that, you know that there’s a MONSTER fight heading down the tracks and there’s not a goddamn thing you can do to stop it. This is Tom Brady’s fine fight. Be prepared, NFL, Tom’s coming and Hell’s coming with him. Chugga-chugga, chugga-chugga CHOO CHOOOOOOOOOO!!!!!