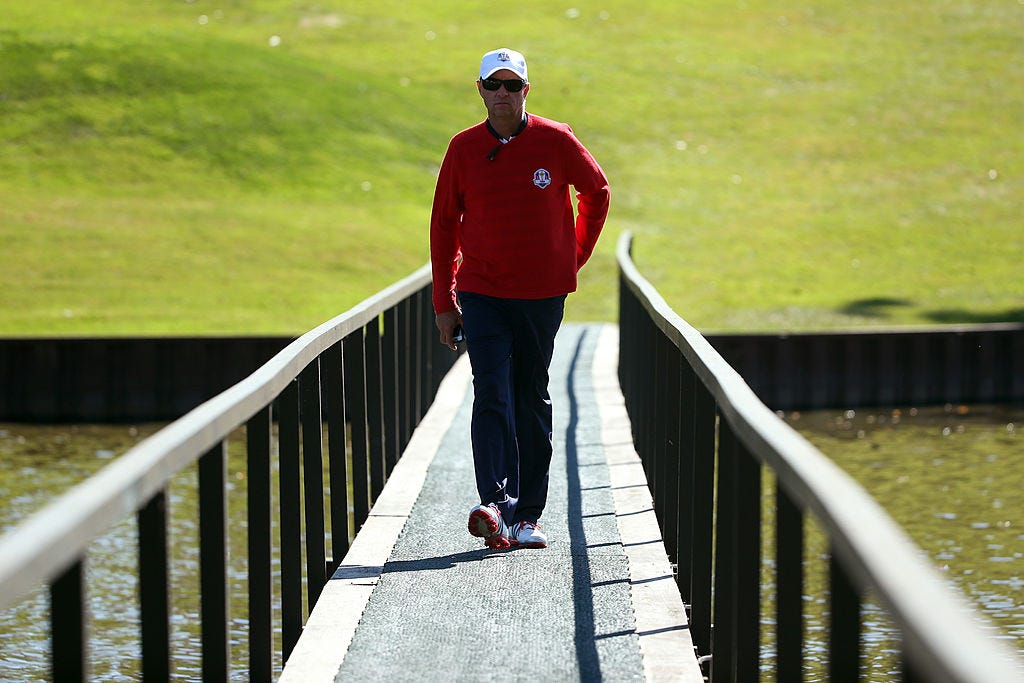 A little over 2 weeks until the Ryder Cup and we’re almost there. 11/12 guys set. Captain Davis Love III just made the first 3 of his 4 captain’s picks — Holmes, Fowler & Kuchar. I may or may not have predicted that.

They join our auto 8 of:

My thoughts? Look, we’ve lost 8 of the last 10 Ryder Cups. 3 in a row. And we’ve lost those with our usual lot of suspects. When you keep trying the same unsuccessful shit, you’re insane. Everyone knows that quote.

Rickie Fowler (0-3-5) has played the most matches in #RyderCup history without winning a single match.

These guys are good players. Great players. They’re highly ranked and have been near the top of the PGA Tour money list for a long time (Fowler’s young but still up there). Consistency is king on Tour… but not necessarily in the Ryder Cup. You need explosiveness. You need fire. You need Ian Poulters and Patrick Reeds. Clearly these “experienced” guys with shitty records haven’t proven to be that, so what do you do?

You go with young guns. New blood. Fresh talent. Great players with clean slates. With no bad memories of the Ryder Cup. I would have LOVED to have seen Justin Thomas or Daniel Berger. Unfortunately we didn’t get that, but there’s still 1 more pick in 2 weeks.

Kuch has been playing great. Rickie has been struggle city (but is a Task Force guy). And Holmes is an absolute no-brainer. Weird little mix of current form, but not a mix of experience or freshness. It’s just the incredibly predictable picks. Would have LOVED a Berger or Thomas in the Kuchar and/or Fowler slot. Didn’t get it. Is what it is. Prove me wrong. Go U-S-A. Europe sucks.