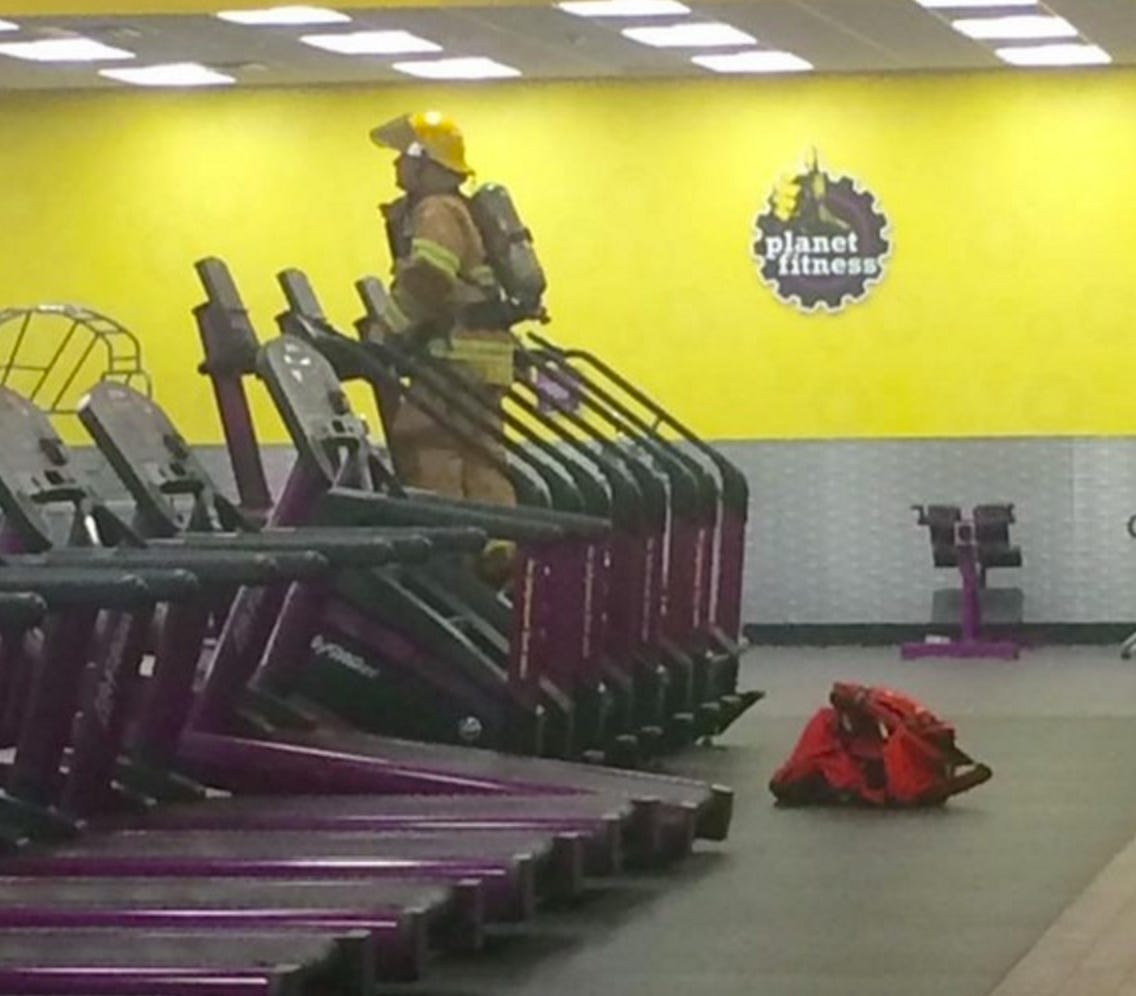 Via Reddit - This man asked if it was okay for him to climb 110 sets, fully suited, of stairs in honor of his fallen brothers and sisters for 9-11. Yes sir, you can

No Gymtimidation! Planet Fitness is designed for the middle aged moms of the world. Not the Steve Weatherfords and the guys trying to reenact the 110 flights of stairs the members of the FDNY bravely climbed on 9/11.

Obviously I’m joking. But the scene of this guy paying homage to one of the toughest sacrifices ever juxtaposed against the Planet Fitness backdrop is just hilarious. You know me – in any other situation when someone comes to the gym and goes above and beyond I’d clown on them all day. Primarily because I’m lazy and make fun of people who go to the gym rather than just going myself. But not this guy. This guy is cool in my books. What those fire fighters who were first on the scene did was absolutely remarkable. The first plan hit between the 93 and 99th floor and those first on the scene just did what they always do – ran in there and started running up those steps. No way to ever understand that the buildings were going to completely collapse but even with that knowledge, I dont think it would have stopped them.

Yesterday I wrote about how Never Forget has new meaning. Its easer said than done 15 years later. But at least one dude – this firefighter – took the extra steps to try to walk 100 stories in their shoes. Of course a dangerous, panic stricken, burning building is just a teensy bit different than a Planet Fitness. But its the sentiment behind trying to try to experience what those First Responders did. This is Never Forget put into action, and I aint talking about social media posts or internet blogs.