I don’t know about other Giants fans, but I was so blinded with excitement for the season starting as a whole and for all the things the GMen needed to do to beat the Cowboys, I hadn’t really thought much about Victor Cruz before the game. Granted a part of that was low expectations because I thought Cruz was dead as a door nail and anything he gave the Giants, especially the first month, would be a bonus. Part of it was that he hadn’t caught a pass in a real NFL game in 700 days. SEVEN HUNDRED DAYS!!! Ben McAdoo was still getting his feet wet as the new offensive coordinator for the Giants 700 days ago. Donald Trump was just some rich quote machine that used to host The Apprentice. And David Wright? Oh he was hurt, even back then.

But some tough catches and the game-winning touchdown was definitely more than I could have possibly dreamt of for Cruz in his first real game back. After every catch I was praying to God that Cruz wouldn’t stay down or hold a body part. But every time he hopped up sassy as fuck as Giants fans rained “CRUUUUUUUUUUZ” chants all over the faces of Cowboys fans in Jerry’s World. In my mind, any positive contribution from Cruz this season was going to be like found money. So yesterday’s game was a solid crumpled up $20 from last week. And yes, I waited to post this blog until now because I was waiting for any “next morning soreness” updates from Rotoworld. But it looks like we are in the clear.

*Knocks on an entire forest of trees*

And of course I have to mention the salsa. That glorious, wonderful salsa.

I’ve been so smitten with ODB and the whip, I have to admit that the salsa had kinda fallen off my football dance radar. Look at how hyped the team got. Cruz has gone from the undrafted free agent that the team is rallying around to the beloved veteran trying to battle back from injury that everyone is rallying around. Now the salsa is officially back and awkward white people will be emulating it in bars and in the privacy of their own homes all over the Tri-State area.

That being said, the sexiest thing from yesterday was Eli lip syncing to the new (and straight trash) Sunday Night Football song.

16 more weeks of Eli lip syncs and Cruz salsas is going to be INCREDIBLE. Oh yeah and thanks to the big swinging dick giving us access to Getty Images, I now get to legally post top notch pictures of Benny with the good hair. Here is this week’s Moment of Ben: 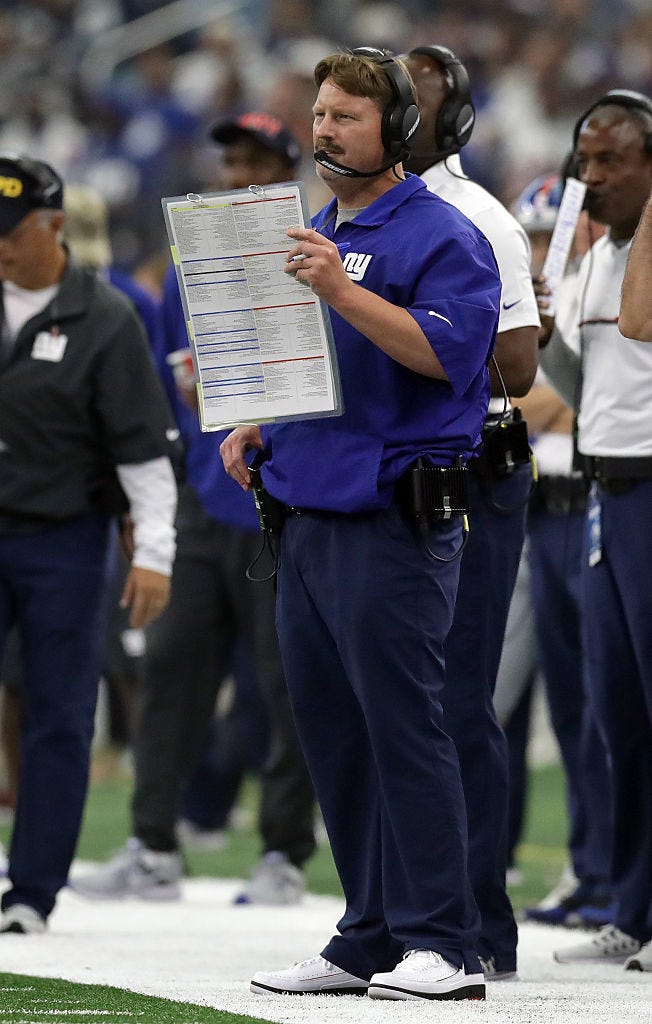