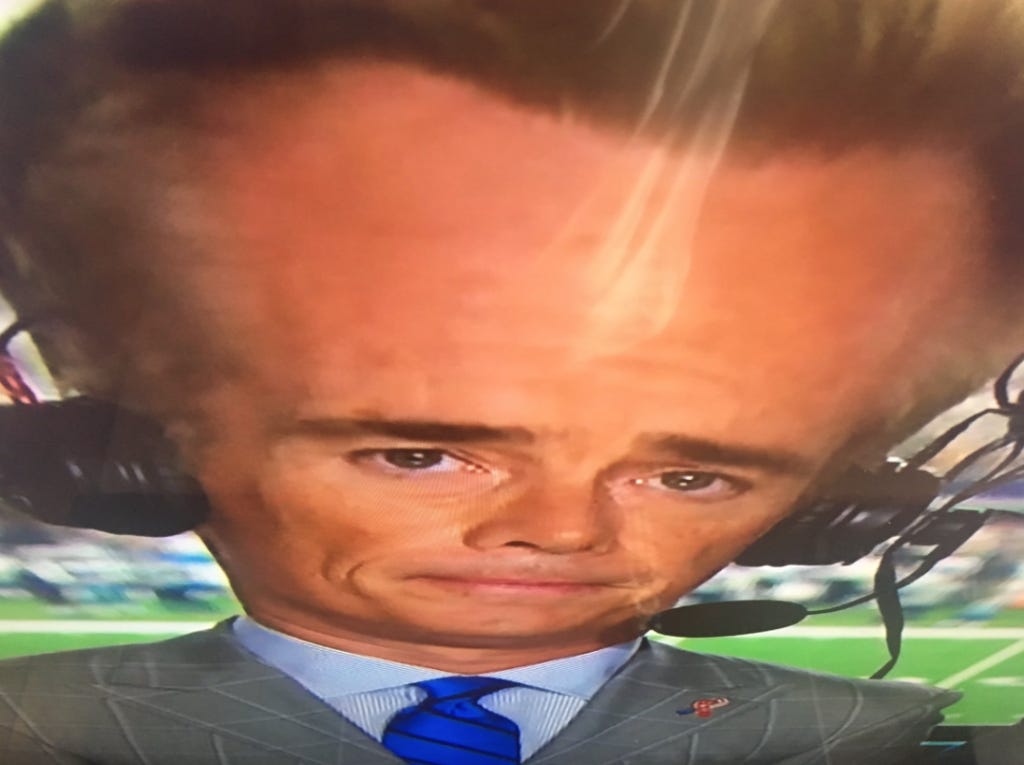 One thing I always miss about the NFL, grown men dressing up like absolute idiots. Love this beautiful country. 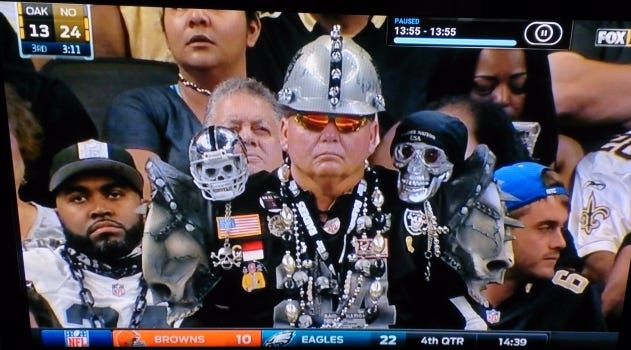 If you foolishly thought Drew Brees was over the hill raise your hand!

If you foolishly thought the Saints Defense couldn’t be as bad as it was under Rob Ryan, raise that hand again! 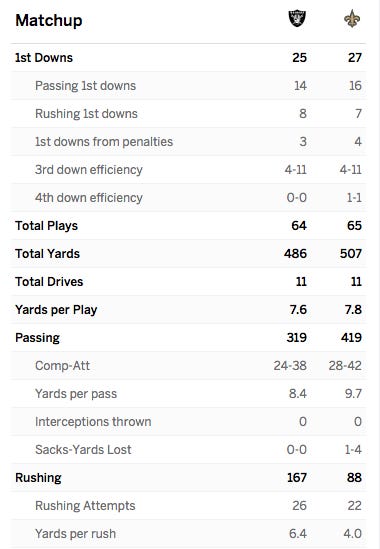 This game was all about one man. Jack Del Rio. 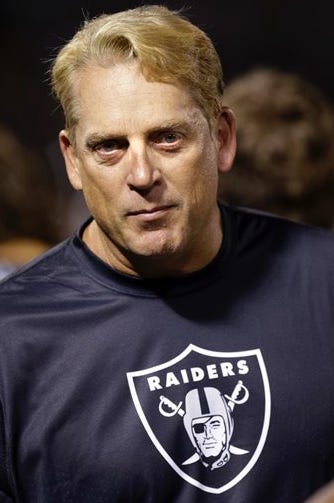 And his BALLSY move to go for 2 after scoring a touchdown with under a minute left.

A move that was technically wrong by the numbers but Captain Jack does not give a fuck. 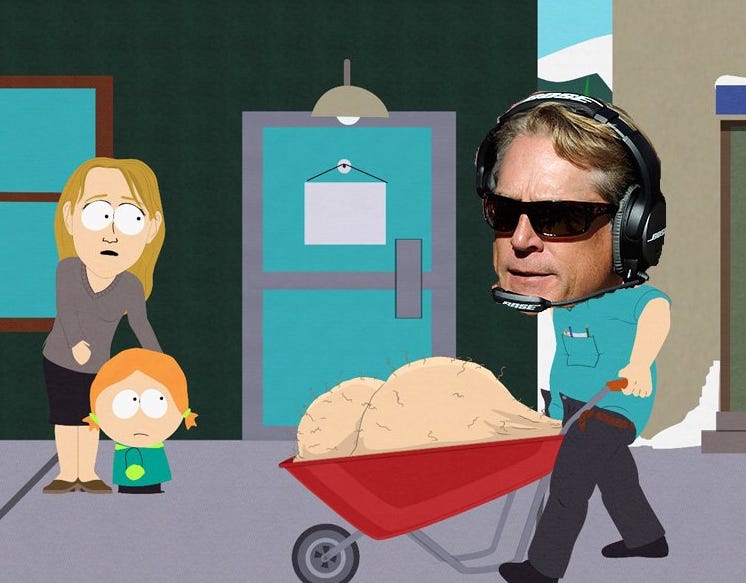 So much so that Del Rio’s daughter noticed her own father’s testicles trending on twitter. 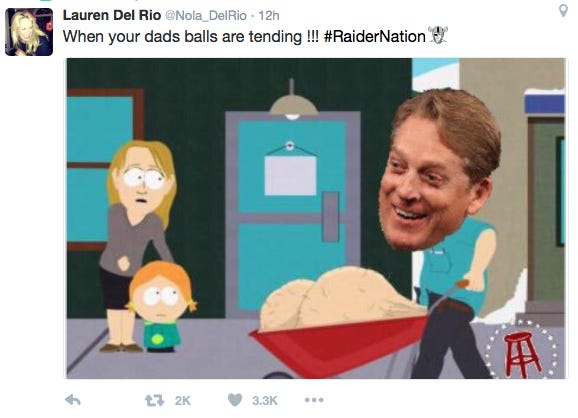 Honestly, I’m surprised more teams don’t do this. It’s one of those moves that HC’s won’t because they don’t want to fail and get fired, but if they had no worries about their job security they’d probably attempt the 2 point conversion almost every time. Good on you Jack, leather jacket swag restored. 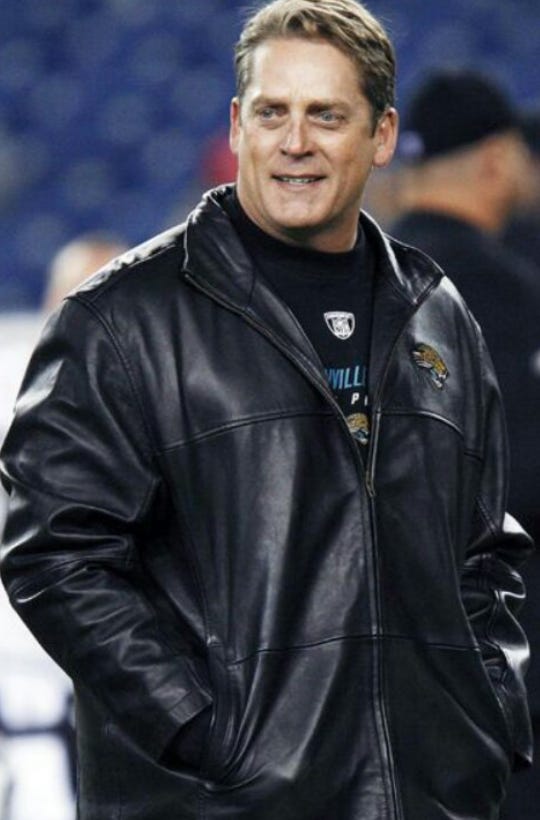 Also it seems as though Zach Lavine is just a fan of sports in general? Real weird. 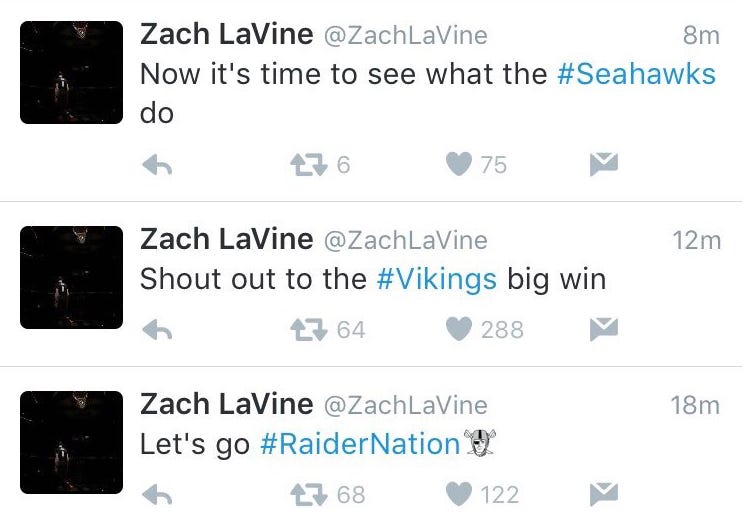 Nominee for Catch of the Day

And it looks like Jameis’ break out season is underway.

As for the Falcons. You know what the meanest thing I can say about them? That I thought for a second yesterday that Mike Smith was still the HC. Even after the famous Dan Quinn field goal last season, that’s how little the Falcons move the needle. Matt Ryan is a guy. Julio Jones is awesome. And the Falcons will go 5-11 and give up a trillion points. Probably the most forgettable team in the NFL right now.

RG Man Bun is BACK! 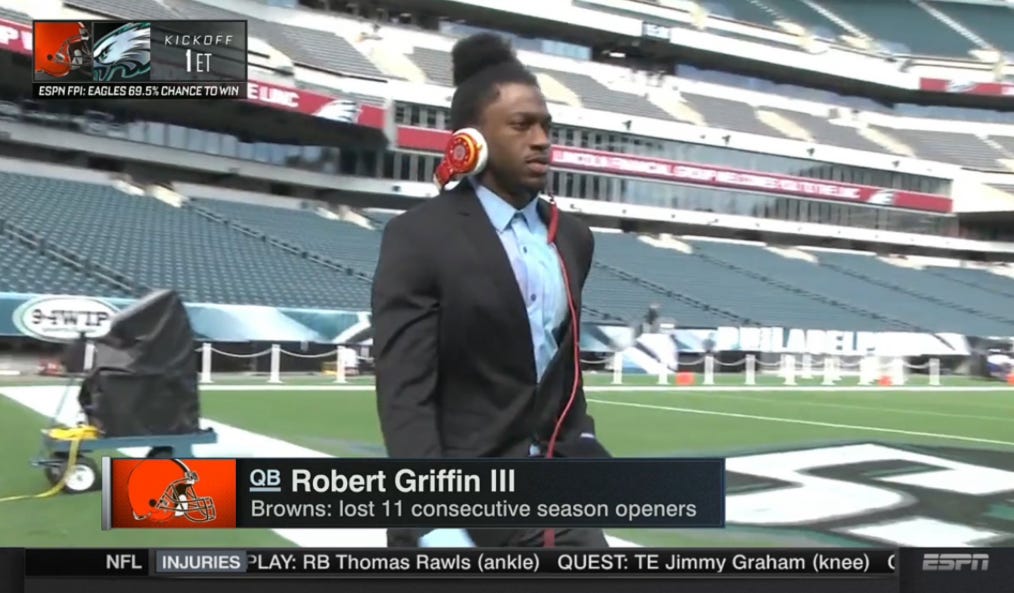 The refs, not so much. 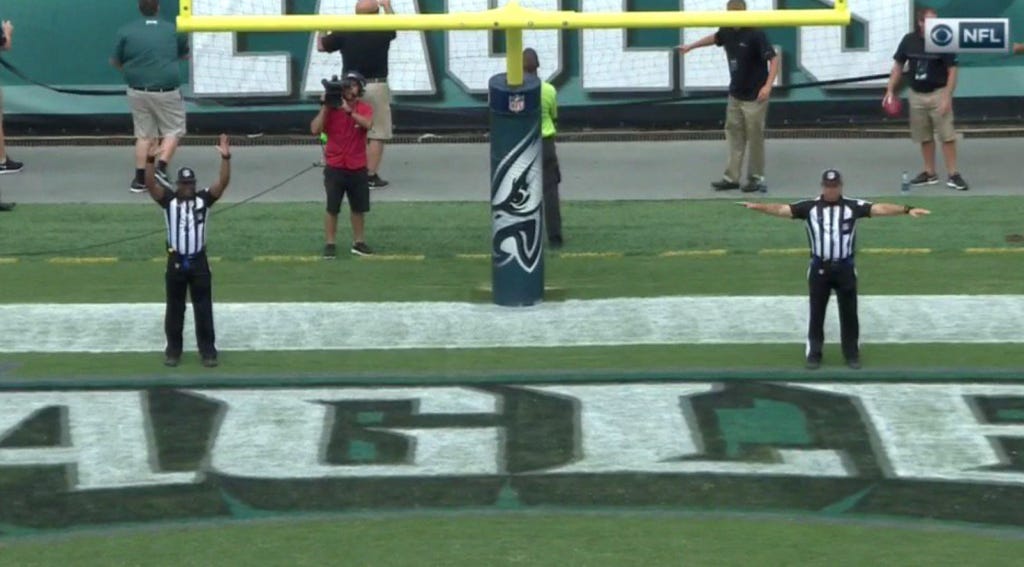 A safety from the 15 yard line

And your starting quarterback seeking out contact and getting hurt.

It’s another one of those years, Browns fans. At least you have the Cavs right?

Oh and the Eagles. I actually said to Smitty before the game that I’d rather be an Eagles fan than a Bears fan right now. Why? Hope. Carson Wentz is hope. Getting excited about a young QB is one of the most fun things about football. Endless possibilities. 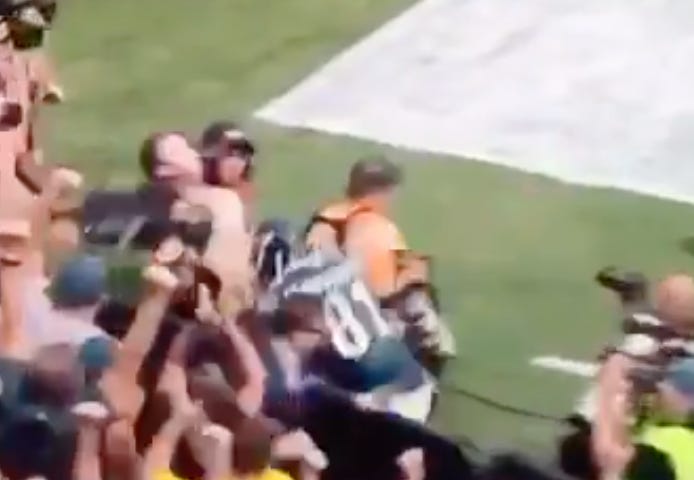 You know what I missed? Seahawks fans!

This guy actually may be a trashy Dolphins fan. 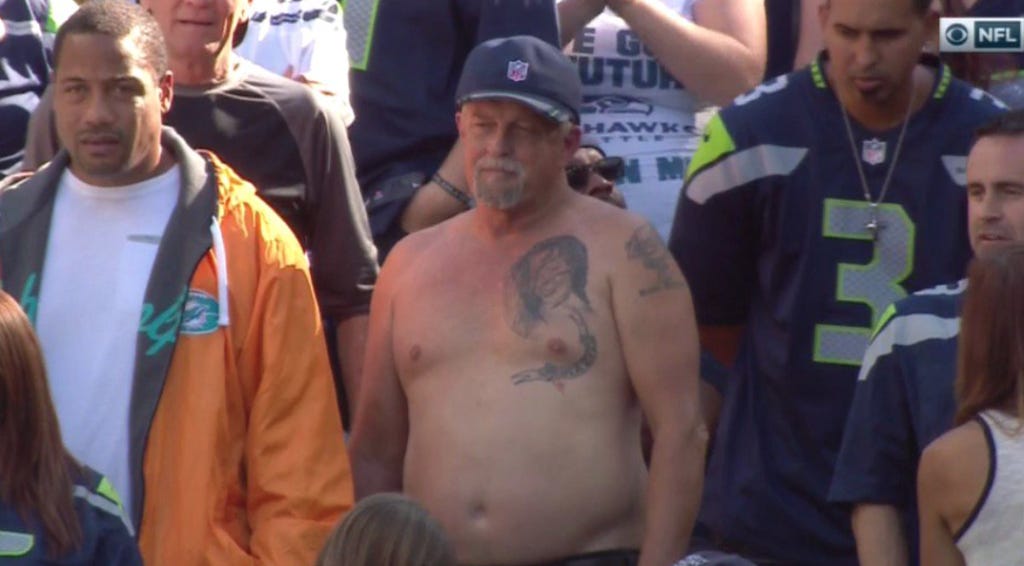 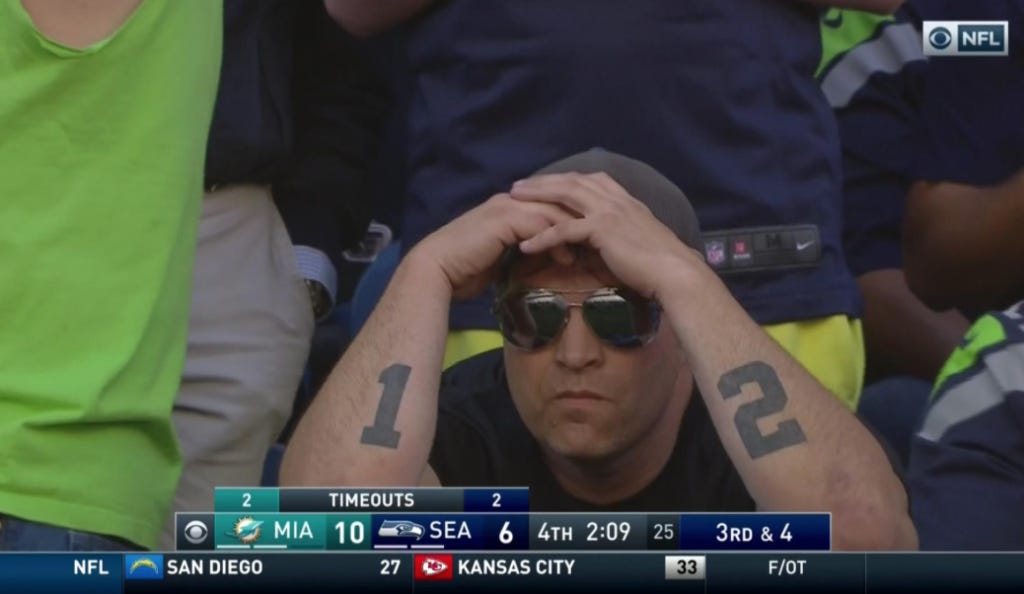 The Dolphins almost pulled off the upset. Needed 3 more points. Thank God there isn’t a very specific moment where they let said points drop right through their hands…

But in the end the Seahawks hung tough and won on a late touchdown. Early running for funniest call of the year.

Usually I think the “back in my day” people are the worst. The NBA used to be tough, teams used to hate each other, blah blah blah. But Dez Bryant and ODB having a literal tickle fight pregame was absurd. Absolutely absurd. 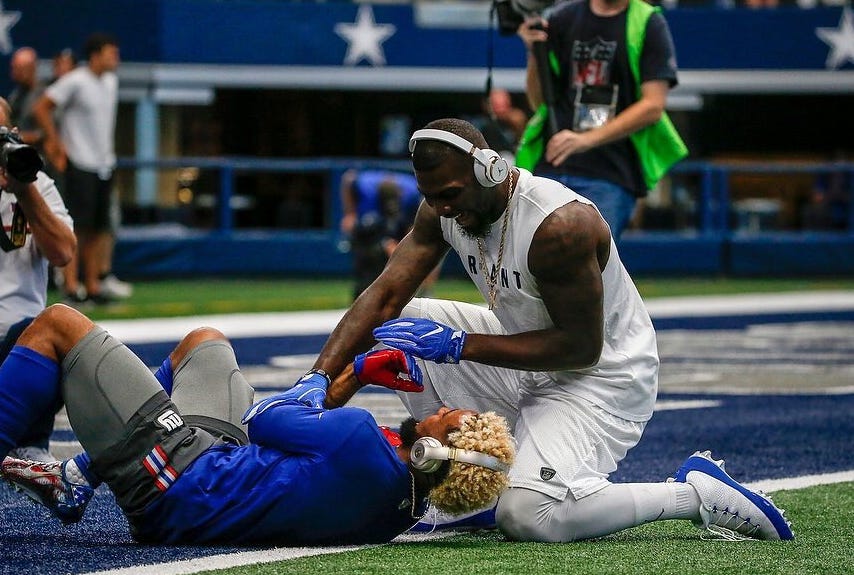 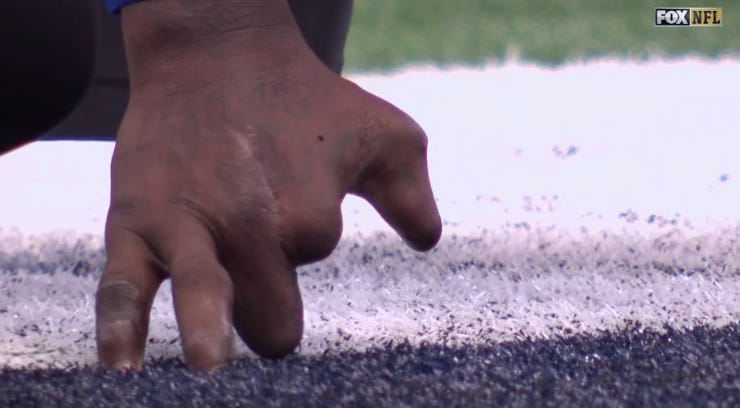 The sunglasses that scream “I drive a Miata with the top down in October, do something about it”. All of it is just working for me. He looks like a cheap Mattress salesman that you can’t fully trust. I’m not going to say he’s as good as Jim Tomsula but at least he fills half the hole that Jimbo left, and for that I am thankful. 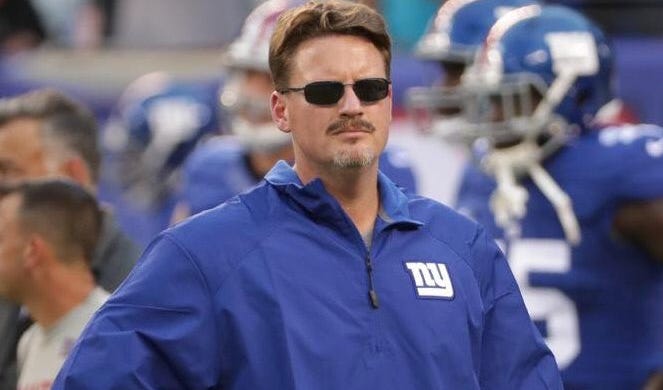 So the game. Dak actually looked pretty good but it came down to the final possession and absolutely bonehead move by Terrance Williams

Get out of bounds right here and give your kicker a shot at a crazy long field goal? Nah, fuck that, let’s just end the game now. 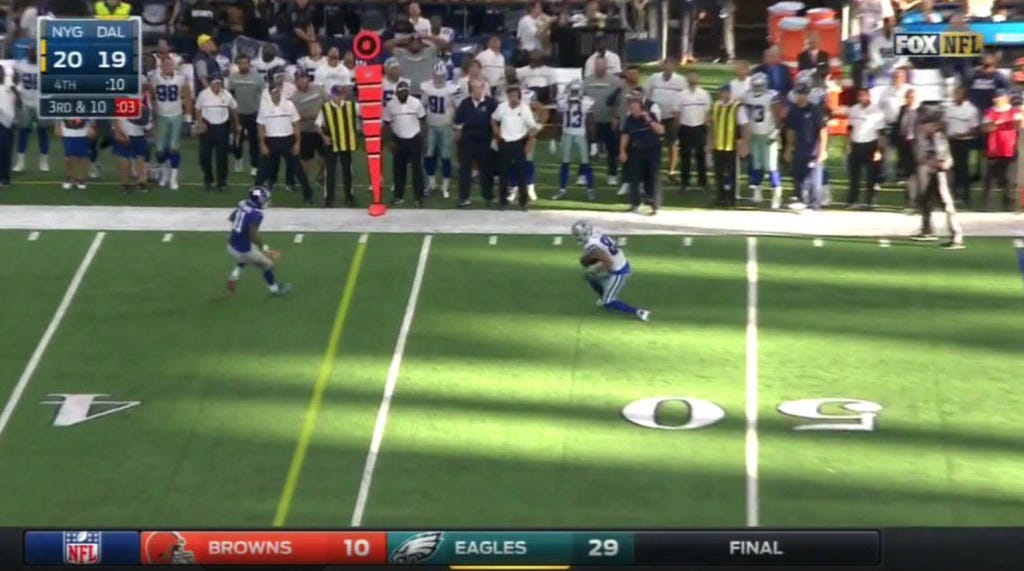 Good news is JPP is at the point now where he can laugh about his hand. 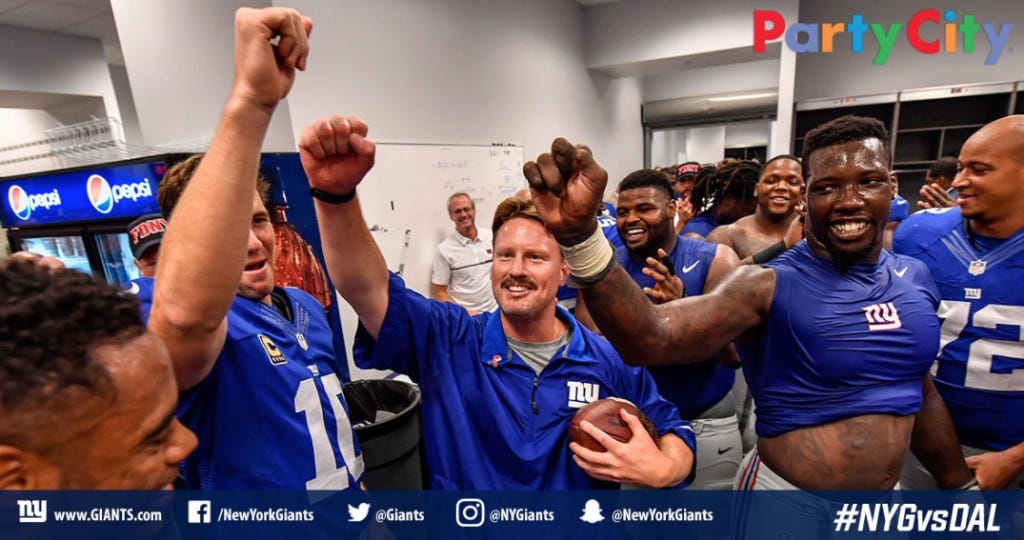 Jimmy G makes his debut. Glad that he didn’t take a mugshot in college like the Eastern QB’s before him. 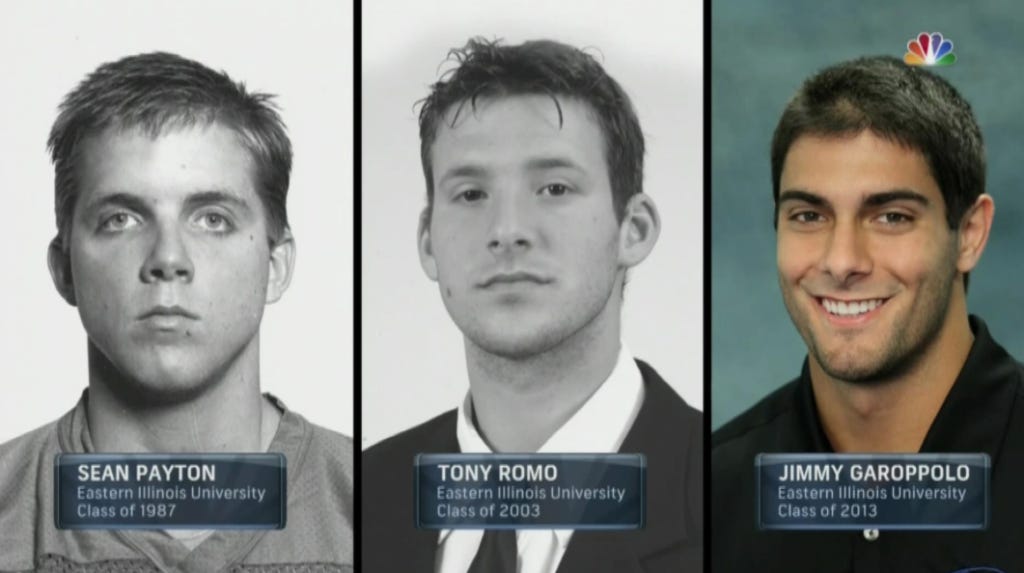 Arizona, love it or leave it, or die in it because it’s all old people and gun owners. 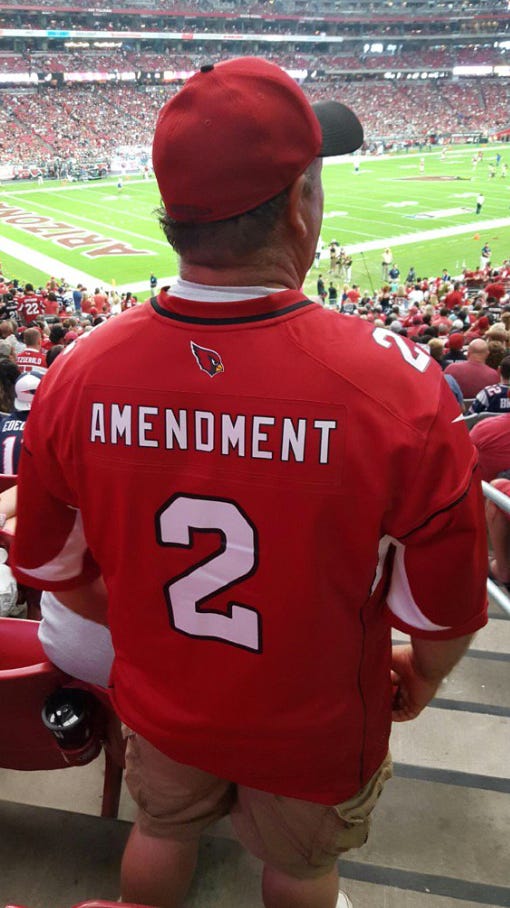 Not going to lie, I was impressed by the Patriots resiliency against what I thought was one of the NFC’s best teams and a possessed Larry Fitzgerald.

Buuuuut, of course a good Week 1 comes down to stupid special teams. Missing the over by a half a point and now having to deal with Patriots Dave all Monday. Yes!

“I should have worn my Kangol” 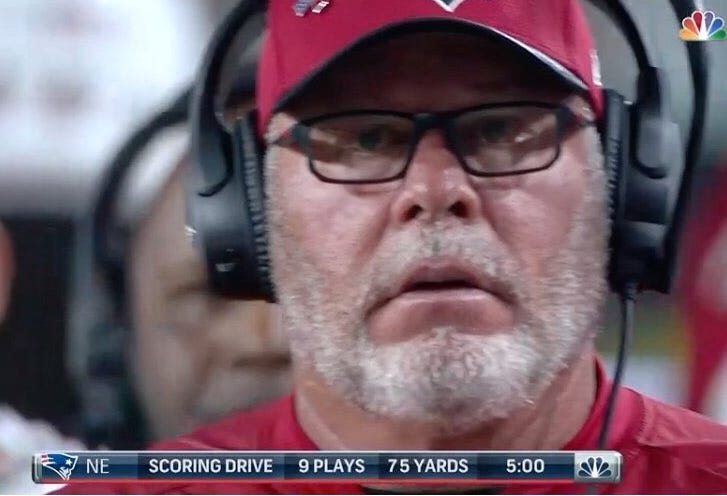 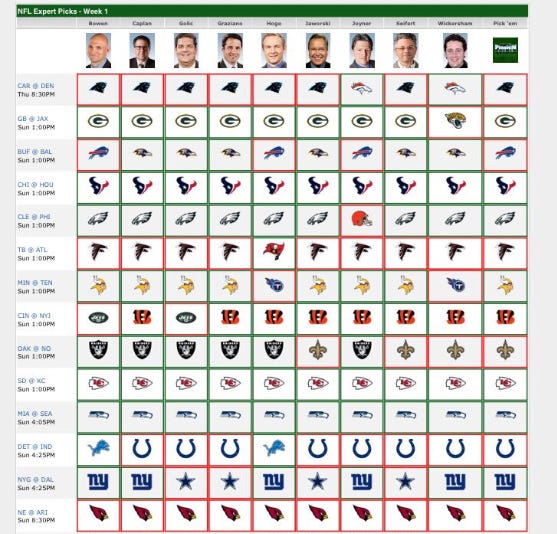